You are here: Home / Family / parenting / safeguard your investment in your children, part four 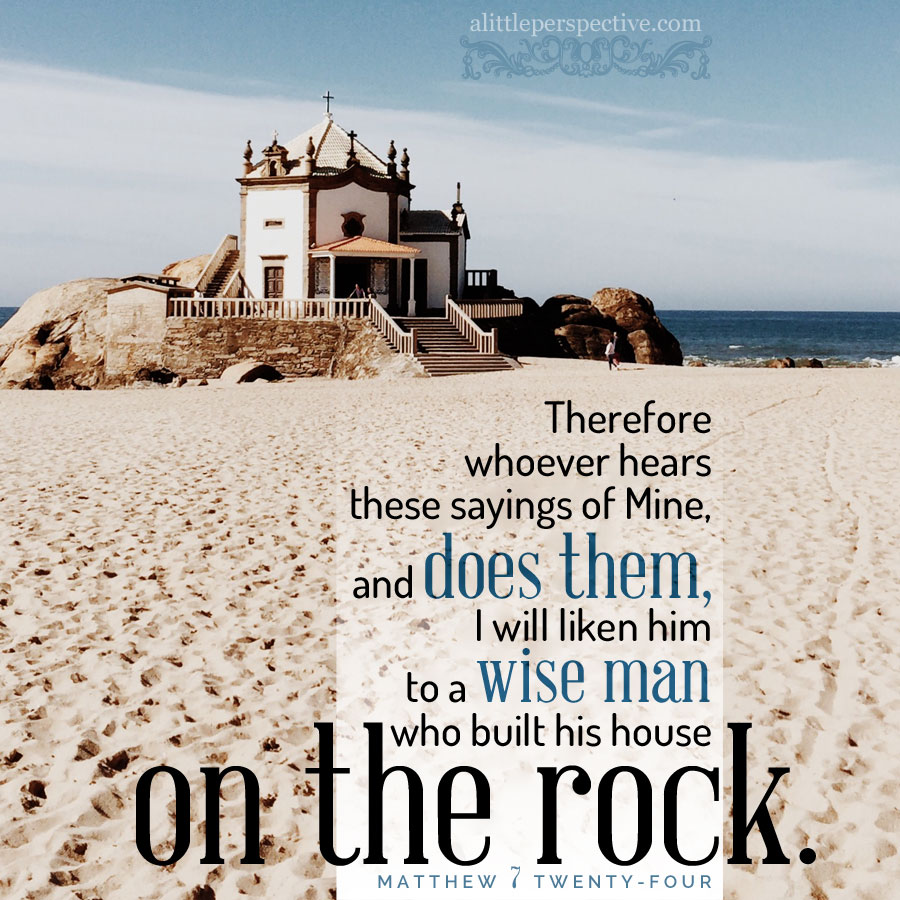 I came across this in my reading over the weekend:

The Greek word for “house” which Jesus used here is the same Greek word which He used in the parable about binding the strong man so that the thief can plunder his house (see part three): it may mean the dwelling, but it more often means his household, his family that dwells within the house.

So who is the wise man who builds his household upon a rock, that can withstand intact the storms of life? He that hears Jesus’ sayings, and does them, not hears them only. I imagine there are people who sit in pews every week, who hear Jesus’ sayings, but how many DO them? And it is interesting that this parable closes out Jesus’ whole discourse on the Sermon on the Mount, which began in chapter 5. It is His conclusion. “These sayings of Mine” are everything that He had been expounding on, beginning in chapter 5. So what are “these sayings of Mine,” which, if the wise man DOES them and not hears them only, will cause his household to be established on the rock, which will withstand the storms of life intact?

« Those harmless peace-loving activists! part XIV
On the presidential hopefuls »