You are here: Home / Bible Study / applied word / safeguard your investment in your children, part fourteen 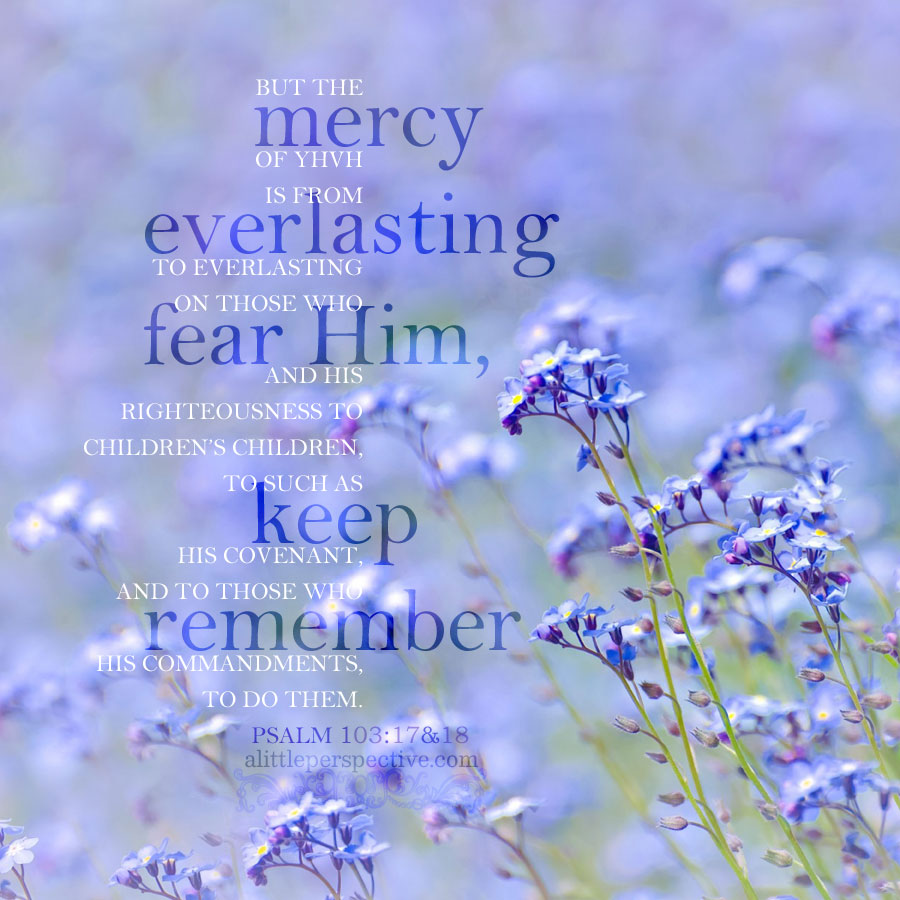 I was reading in Psalm 103 today, and ran across this:

As for man, his days are like grass;
As a flower of the field, so he flourishes.
For the wind passes over it, and it is gone,
And its place remembers it no more.
But the mercy of the LORD is from everlasting to everlasting
On those who fear Him,
And His righteousness to children’s children,
To such as keep His covenant,
And to those who remember His commandments to do them. Psa 103:15-18

We were talking about obedience to the commandments of the Lord — the parents’ obedience now — as a safeguard over our children, which safeguards them from being taken captive by the world, from falling away from the Lord when they enter their teenage years. Not church attendance. Not homeschooling. Not being involved in all the right activities. Obedience to the Lord’s commandments, the Ten Commandments.

It is reaffirmed in Psalm 103: His mercy is on those who fear Him, and His righteousness — right standing, which is only by grace through faith — is on their children and their children’s children. Who are those who fear Him? Those who keep His covenant, those who remember His commandments to do them. For our children’s sake, let us become Sabbath keepers, and let us forsake [p-rn]ography, and let us not regard the word of man, but of the Lord our God only. Let us not steal or lie, but be scrupulously honest in all our dealings. Let us not covet, but forsake materialism and living outside our means. Let us remember His commandments to do them.