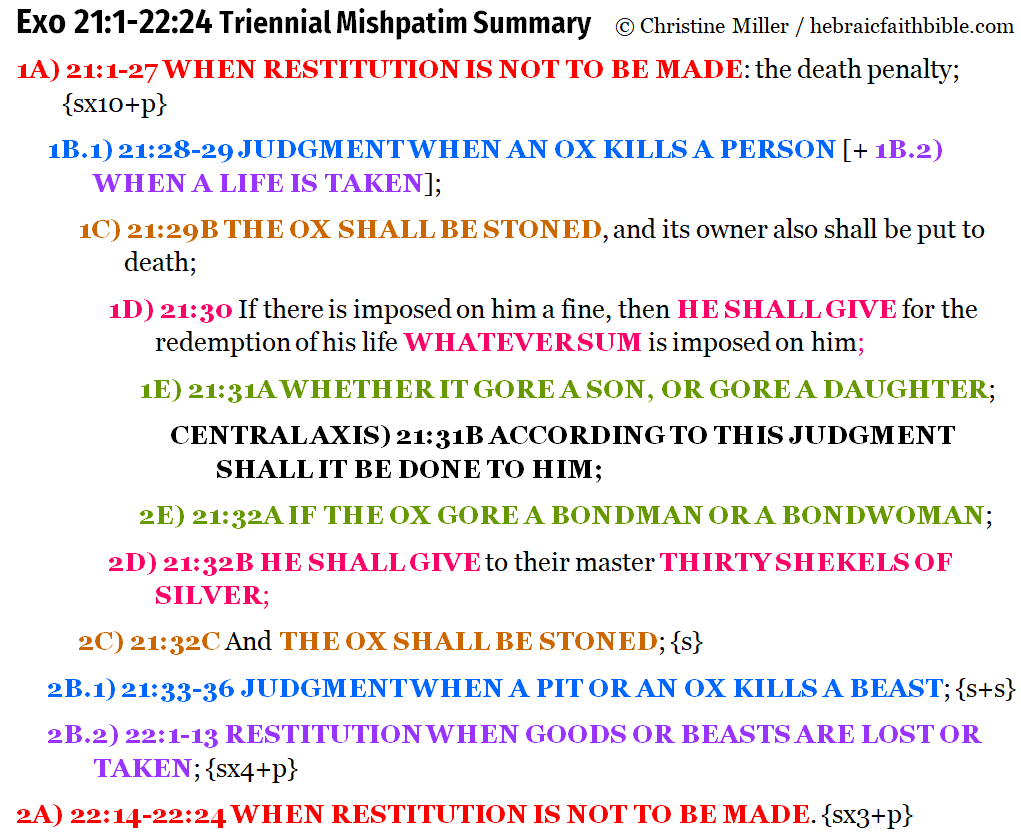 Do not murder, steal, and commit adultery explanation: when restitution is and is not to be made

I could not get over the fact, that in the first strong theme of Mishpatim, from Exo 21:1-27, that while the majority of the paragraph has to do with what constitutes murder, the paragraph opens and closes with conditions in which a slave goes free. But why include something that obviously does not have to do with death, within a paragraph which obviously has to do with death? These puzzles that Scripture sets up stay nagging in my brain, begging to be solved!

And then I realized: we have already seen in Torah, that slavery is a metaphor for death. When Joseph was sold into slavery in Egypt, he was a type of Messiah going to his death, only to be raised up to life (freedom) again, providing life for everyone else through it. This single strong theme which explains murder, and imposes death, is “swallowed up” by its opening and closing paragraphs of slaves going out free. Death swallowed up in freedom, that is to say, life!