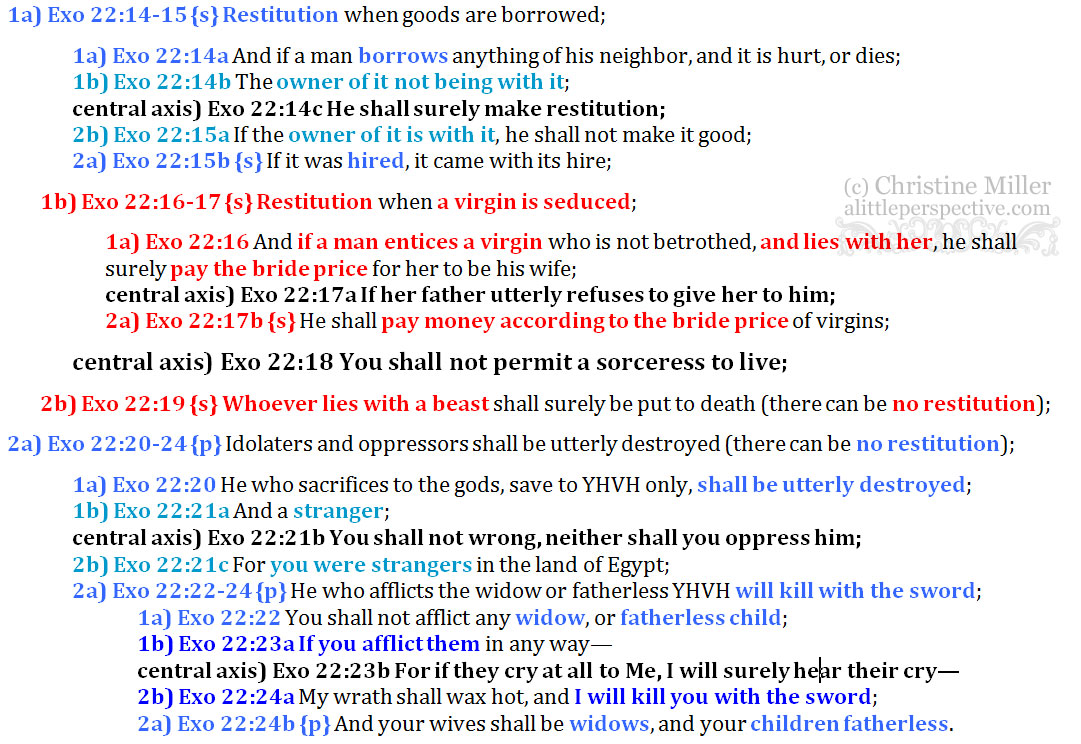 These four paragraphs continue the explanation of what happens when a loss occurs. At times it is lawful to make restitution, or to restore to shalom; and at times, for certain heinous crimes, there can be no restitution, and the only remedy is capital punishment.

Why would the central axis be about the sorceress?

The Hebrew is a verb, not a noun: One who uses sorcery or enchantment shall not live. We have seen this root before. As a verb it is not restricted to the female gender that I can tell. But female enchanters were common among the Canaanites, where Israel was going, and the unregenerate female is strongly drawn to use manipulation, of which sorcery is a form, to enforce her will.

Notice that the paragraphs surrounding the central axis explain the judgment for crimes which rely on manipulation and oppression. Seduction coerces someone who likely had no intention to sin; animals are an unwilling participant in bestiality, and oppressors and idolaters incur YHVH’s wrath when they lord it over widows, orphans, and strangers, who, like virgins or animals, have no power to resist what is being done to them.