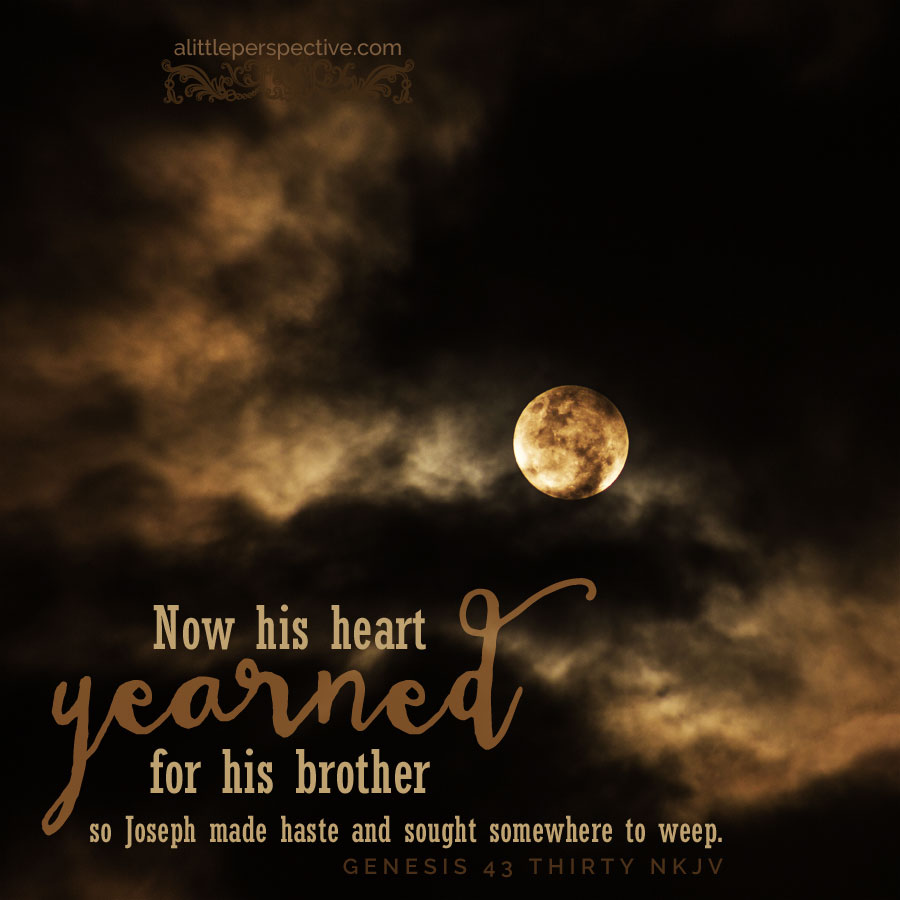 Read Genesis 43:24-44:17 at Bible Gateway.
the teaching tools of scripture

1a) Gen 43:29-31a, Joseph saw his brother Benjamin/ his heart yearned for his brother;
1b) Gen 43:31b, Joseph said, “Serve the bread;”
1c) Gen 43:32a, They set him a place by himself, and them by themselves;
central axis) Gen 43:32b, And the Egyptians who ate with him by themselves; because the Egyptians could not eat food with the Hebrews, for that is an abomination to the Egyptians;
2c) Gen 43:33, They sat them in order from the firstborn to the youngest + they were astonished;
2b) Gen 43:34a, Then he took servings to them from before him;
2a) Gen 43:34b, But Benjamin’s serving was 5x as much/ they drank and were merry with him;

1a.2) Gen 44:3, As soon as morning dawned, the brothers departed the city + their donkeys;

central axis) Gen 44:14, The brothers came to Joseph’s house/ they fell before him on the ground;

Gen 44:15, Joseph: What deed is this you have done? Did you not know that such a man as I can certainly practice divination?

The brothers honor + acknowledge Joseph’s sovereignty over them

Joseph is a Messiah type, prophesying of both comings of Messiah. First, coming as the suffering servant; then, after being hidden away for a time, coming as lord, sovereign, overseer, and provider, to whom the whole world will come, bow down before, and receive their provision. In the brothers of Joseph who likewise come before him, honor him, bow down before him, and receive their provision, there is the prophetic foreshadowing of all the sons of Israel, both the house of Judah (Jews) and the house of Israel/ Ephraim (the remaining ten tribes who became integrated with the Gentiles/ Christians) acknowledging Messiah Yeshua as King of kings and Lord of lords in His second coming.