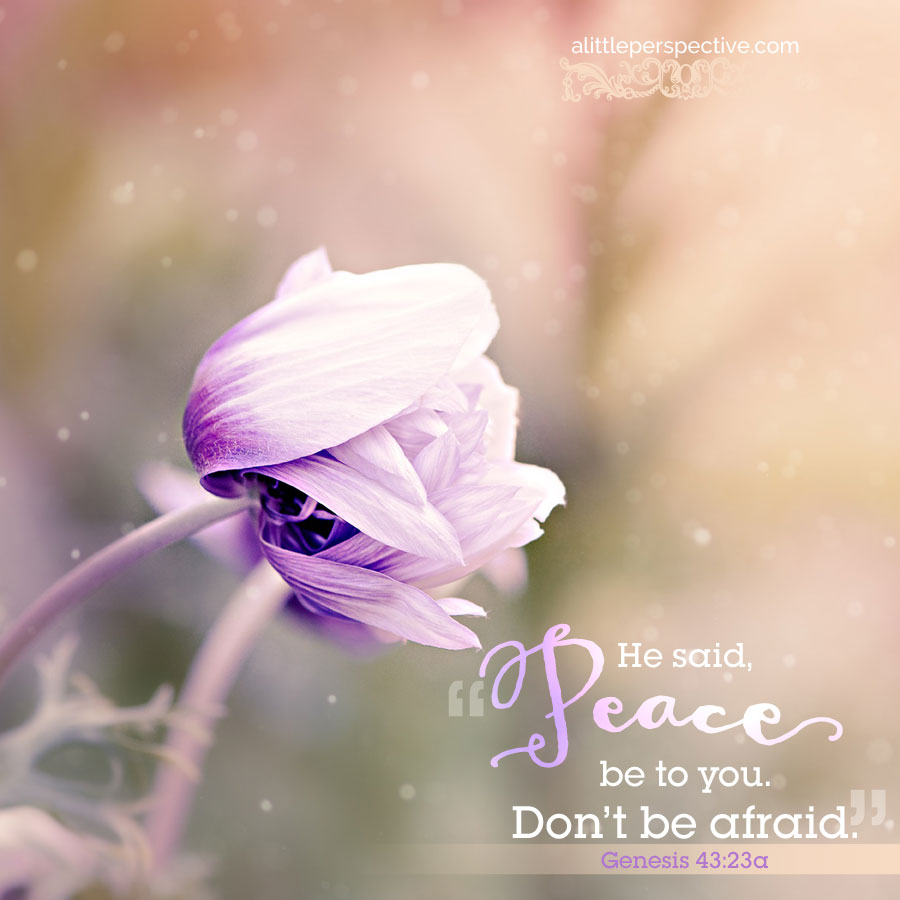 1a) Gen 43:17 And the man did as Joseph bade; and the man brought the men into Joseph’s house;
central axis) Gen 43:18a  And the men were afraid;
2a) Gen 43:18b Because they were brought into Joseph’s house, and they said: “Because of the money that was returned in our sacks at the first time, are we brought in; that he may seek occasion against us, and fall upon us, and take us for bondmen, and our donkeys;”

central axis) Gen 43:27-28a And he asked them of their welfare, and said: “Is your father well, the old man of whom you spoke? Is he yet alive?” And they answered: “Your servant our father is in good health, he is yet alive;”

2b) Gen 43:28b And they bowed down their heads, and made obeisance;

2a.2) Gen 43:31b-34 He set them before him from the firstborn to the youngest/ portions were taken to them from before him + they drank, were merry with him.

The central axis highlights the steward’s encouragement to fear not:

Strong’s H3372, yare, a primitive root meaning “to fear, to be afraid.” The ancient pictographs are the yud + resh + aleph:

The story the ancient pictographs are telling, is one worships (yud) that to which one bows the head (resh) as greater (aleph) than oneself; and that is what is feared. This is why God says to fear Him, but not to fear circumstances or man. The emotion of fear is a red flag waving that what inspired it is exalting itself as greater than God in the heart or mind.