You are here: Home / Bible Study / bible for beginners / Genesis 44 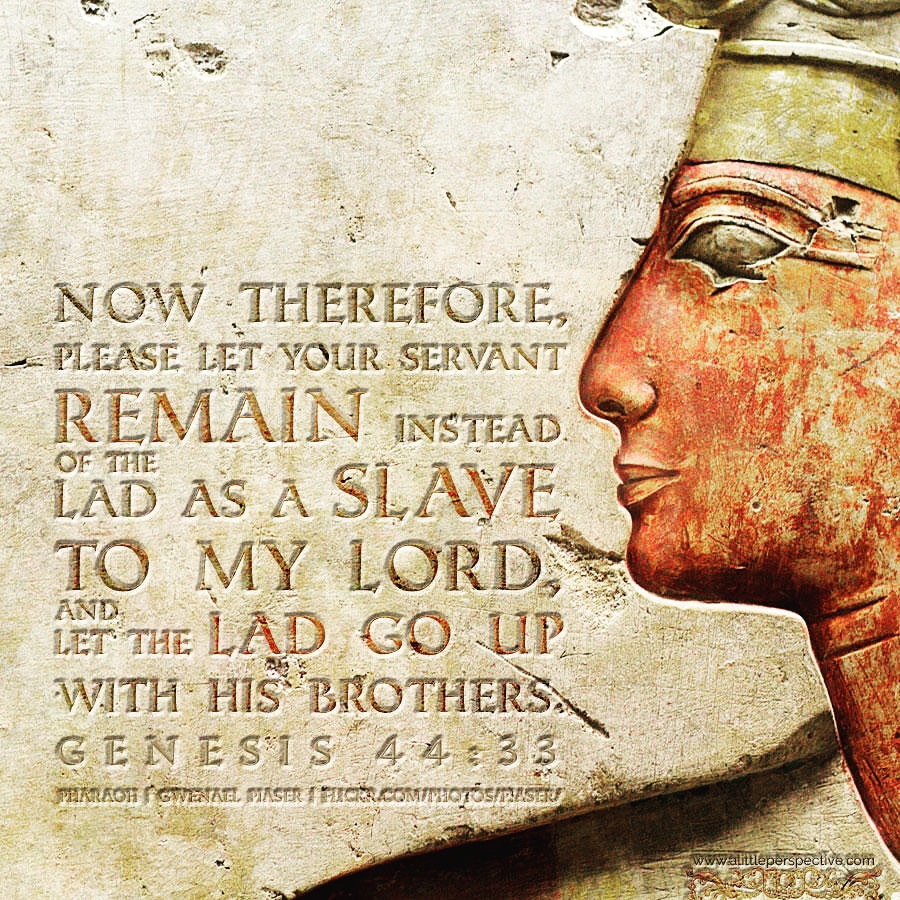 I am sure this is why the English translators of the Bible discarded the Hebrew paragraph divisions. Often they do not make sense to human logic, as in today’s reading. The paragraph divides right in the middle of the of the climax to our history, before Judah begins his speech! However, the division highlights that the 41:1-44:17 weak paragraph spanning several chapters forms its own Chiastic Structure: 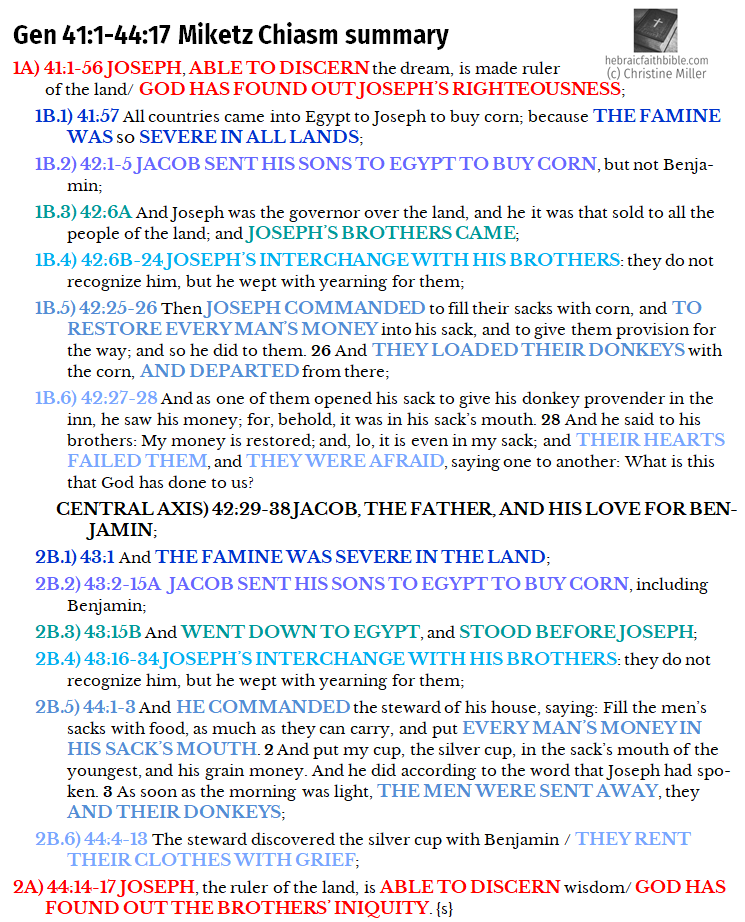 For years I could not understand why Joseph did these things to his brothers, and especially to Benjamin. Why keep one in prison when he knew perfectly well they were not spies? Why not send the message that he was alive to his father on the brothers’ first return to Canaan? Why make the demand for Benjamin to come, when he perhaps had an idea what this would mean for his father? The answer is revealed, if we see that throughout the narrative of Joseph, the Scripture is using its teaching tools to bring attention to Judah! So far, we have seen:

2) Judah departing from his brothers to live among the Canaanites (Gen 38), which we speculated was Judah’s way of removing himself from the covenant and promise of Abraham;

4) Reuben, as firstborn, was still the leader of the brothers in Gen 42, during their first trip to Egypt (Gen 42:22, 37). He made himself surety for Benjamin, but Jacob would not consent to Reuben’s surety.

5) By the second trip to Egypt, Judah had become firmly established as the leader of the brothers. He is the one who speaks to Jacob on their behalf, and who makes himself surety for Benjamin, so that Jacob consents to Judah’s surety (Gen 43:1-4, 8-10). Scripture is revealing that the firstborn status has passed to Judah.

Then in Gen 44:18-34, the Bible reveals the extent of Judah’s transformation, and the reason Joseph put his brothers through testing. Benjamin was the clear favorite of Jacob, just as Joseph had been. But the brothers do not hate Benjamin because he is favored. They have accepted it and return honor to their brother and their father. Envy and hatred no longer rule them.

Joseph creates for them the same conditions of imprisonment and slavery that they created for him, and yet their response to his tests reveal their greater concern for the welfare of their father, rather than their own position in the household.

Judah’s speech is set off by the paragraph division, because in it he says something amazing: he offers himself to be slave in his brother Benjamin’s place. Slavery is a prophetic type for death, as it ends the way of life previously known. Judah had no way of knowing that the whole incident had been staged. He truly believed he was going to spend the rest of his life as a slave in Egypt. He could have let Benjamin bear his punishment, but out of love for his father, he gave himself in his brother’s place. His substitutionary “death” prophesies of Messiah Yeshua.