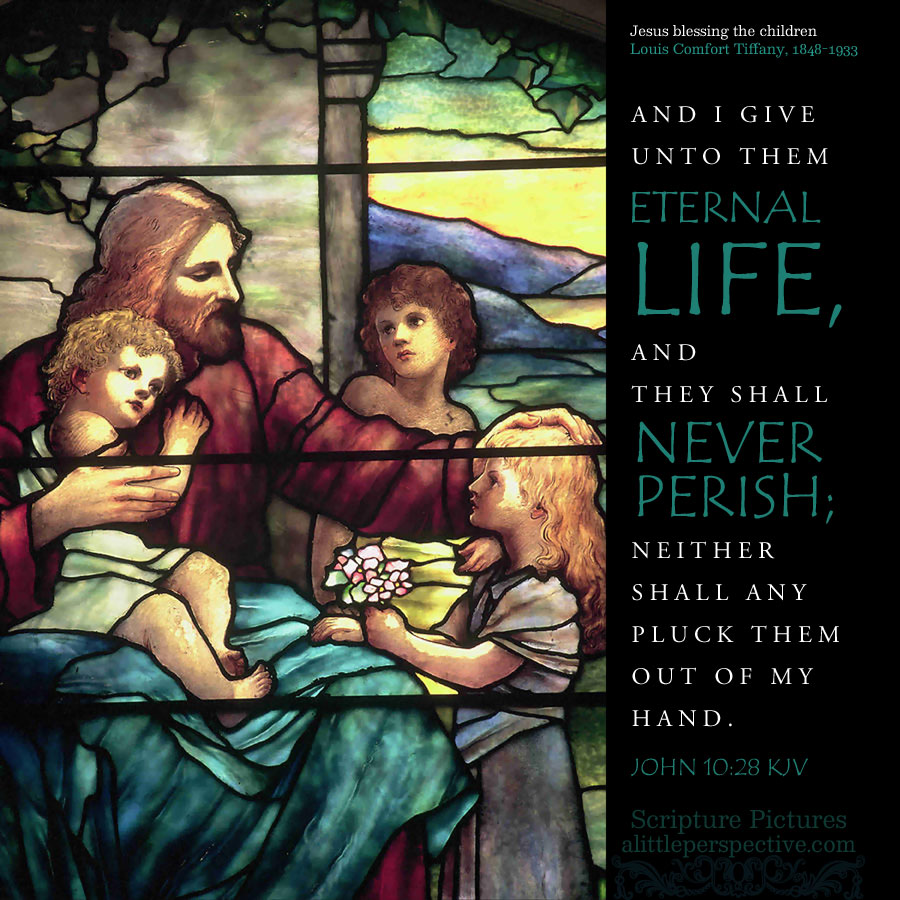 We are taking a bunny trail for the rest of this week. I recently received a question, When someone you love seems trapped by a demonic influence, how do you help them? How does spiritual warfare work?

Let me begin by telling the story of how I learned to wage spiritual warfare. When I was young, my best friend was taken with someone who seemed a decent enough Christian man. But as time went on, she began turning away from orthodox doctrine, and was trying to convince her circle of friends of the validity of her new beliefs. She moved away, and one by one her friends abandoned her, because her beliefs had progressed to the point that they were no longer Christian. I was afraid for her. Not being able to persuade her by apologetics, though, since she was no longer local (this was before the days of cell phones and email), I turned to prayer.

One day when I was praying for her, this passage of Scripture came to mind:

“Most assuredly, I say to you, he who does not enter the sheepfold by the door, but climbs up some other way, the same is a thief and a robber. But he who enters by the door is the shepherd of the sheep. To him the doorkeeper opens, and the sheep hear his voice; and he calls his own sheep by name and leads them out. And when he brings out his own sheep, he goes before them; and the sheep follow him, for they know his voice. Yet they will by no means follow a stranger, but will flee from him, for they do not know the voice of strangers.” Joh 1o:1-5

I began to realize that the voice she had been listening to might belong to her young man, but he was being used like a pawn by the thief and robber of the sheep. I realized with indignation that the thief was trying to steal my friend from out of the flock!

I realized that if she was able to clearly hear the Good Shepherd’s voice instead of the thief’s voice, all would be set to rights, because the sheep know His voice and follow Him, not the voice of the stranger. So every time I thought of my friend, I prayed for her:

“Sarah hears the voice of the Good Shepherd; He calls her by her name Sarah, because she is His own, and He leads her. He goes before her, and she follows Him, for she knows His voice. Sarah will by no means follow a stranger, but will flee from a stranger, for she does not know the voice of strangers. Sarah is of Jesus’ flock; she hears His voice. He knows her, and she follows Him. He gives her eternal life, and she shall never perish, neither shall anyone snatch her out of His hand. Our Father, who has given Sarah to the Lord Jesus, is greater than all; and no one is able to snatch her out of our Father’s hand. In the name of the Lord Jesus Christ, Amen.”

The word of God is true. Its statements it makes about you or me are true statements. When we see something in our circumstances that seems to belie the truth of God’s word, it is not the word of God that is mistaken. It is the circumstance that is lying to us. When I plugged my friend’s name into the word of God, and repeated its truth concerning her, I was not telling a lie about my friend, I was telling the truth about her!

Shortly after I began praying this way for her, I received a letter from her, in which she explained that the things we had been taught all our lives were wrong, concerning the Bible, concerning God and who He is, and this is what is right. And proceeded to spout complete and utter nonsense, but it is the same thing you hear a lot of folks saying: that the Bible isn’t true, it is full of contradictions, the church is full of hypocrites, Jesus is not the only way, etc. etc.

I am not sure what effect she was hoping her letter would have on me. The effect it did have, was that I became very incensed with the devil, who, it seemed, had continued to lie to her, in spite of my prayers! Over the course of time, I learned the meaning of Eph 3:10:

The principalities and powers of darkness in heavenly places were the real enemy, not my friend, and not her young man. When the enemy tries to establish his lies as the reality for someone, our job as the body of believers, is to make the truth – the manifold wisdom of God – known to them, so that they bow the knee and release their grip. The church does this in exactly the same way I had been doing it – by commanding the truth of the word of God over a situation and a person, until the reality of it was established in their life. Her letter did not deter me from praying as I had been, but only impelled me more, to continue without giving up. Tomorrow we will go through the Scriptures to show why this works. But here is the end of the story with my friend.

I prayed the word of God in Joh 10 over her without ceasing for about a year. Then one day I received word through her family, that she had left her friend and was coming home. When I saw her again in person, she explained what had happened. She was getting ready for her day one day, going about her business, when all of the sudden it was as if two scales had fallen from her eyes, and she saw, like a flashback, the key events in her life which caused her to be taken with this young man, only this time she saw them as they really were, being manipulated by the enemy so that she would be deceived by him. She realized in a flash, that the things he had been telling her were lies. She packed up and came home, completely restored to the faith! Praise God!

My first lessons in spiritual warfare, were that the word of God is true, and never returns void, but accomplishes the purpose that God had sent it for (Isa 55:11), and that the key to winning against the adversary, was to never give up! The adversary will try to get you to give up before he has been forced to bow the knee, because it is the only way he can win against the truth of the word of God and the mighty name of Jesus. So Paul writes:

Having done all, now stand!