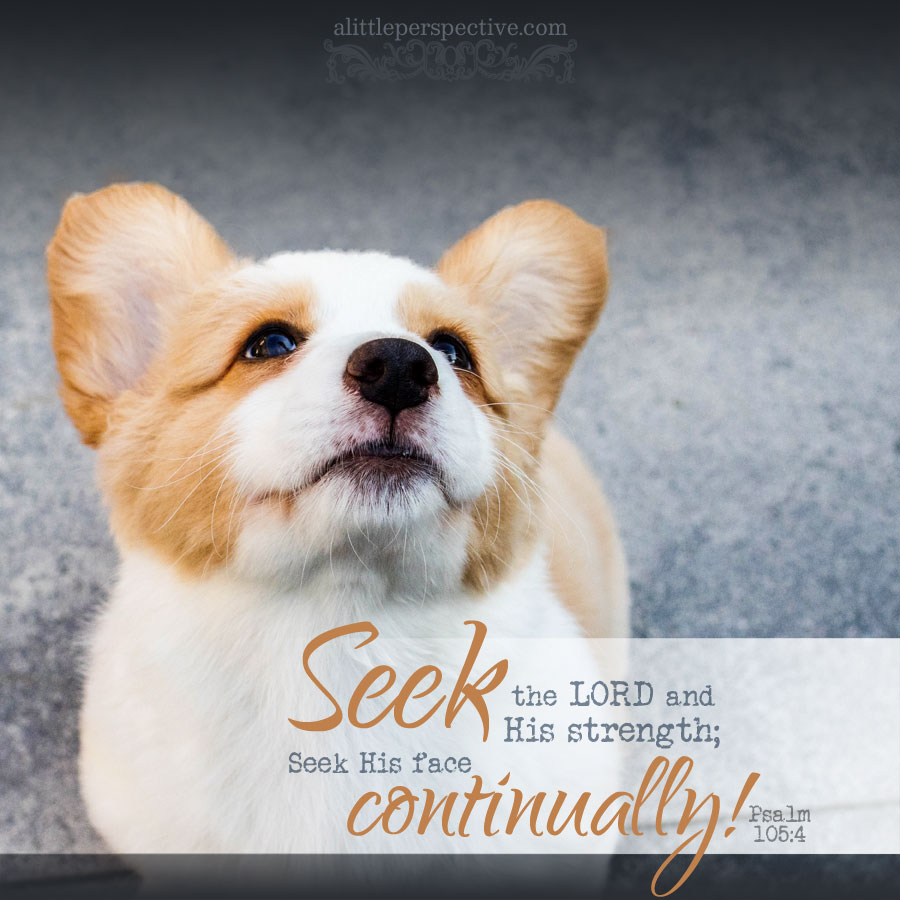 This psalm has an unusual structure:

1b) Psa 105:1b-11, His people, the seed of Abraham, rejoice in Him + remember His judgments (Torah) / He remembers His covenant + brings them into their inheritance:

1b Call upon His name; Make known His deeds among the peoples!
2 Sing to Him, sing psalms to Him; Talk of all His wondrous works!
3 Glory in His holy name; Let the hearts of those rejoice who seek the Lord!
4 Seek the Lord and His strength; Seek His face evermore!
5a Remember His marvelous works which He has done, His wonders;

5b and the judgments of His mouth;
6 O seed of Abraham His servant, You children of Jacob, His chosen ones!
7 He is the Lord our God; His judgments are in all the earth;

8 He remembers His covenant forever, The word which He commanded, for a thousand generations;
9 The covenant which He made with Abraham, And His oath to Isaac;
10 And confirmed it to Jacob for a statute, To Israel as an everlasting covenant;

12 When they were few in number, Indeed very few, and strangers in it;
13 When they went from one nation to another, From one kingdom to another people;
14 He permitted no one to do them wrong; Yes, He rebuked kings for their sakes;
15 Saying, “Do not touch My anointed ones, And do My prophets no harm.”

16 Moreover He called for a famine in the land; He destroyed all the provision of bread;
17 He sent a man before them— Joseph—who was sold as a slave;
18 They hurt his feet with fetters, He was laid in irons;
19 Until the time that his word came to pass, The word of the Lord tested him;
20 The king sent and released him, The ruler of the people let him go free;
21 He made him lord of his house, And ruler of all his possessions;
22 To bind his princes at his pleasure, And teach his elders wisdom;
23 Israel also came into Egypt, And Jacob dwelt in the land of Ham;

central axis) Psa 105:24, He increased His people greatly, And made them stronger than their enemies;

25 He turned their heart to hate His people, To deal craftily with His servants;
26 He sent Moses His servant, And Aaron whom He had chosen;
27 They performed His signs among them, And wonders in the land of Ham;
28 He sent darkness, and made it dark; And they did not rebel against His word;
29 He turned their waters into blood, And killed their fish;
30 Their land abounded with frogs, Even in the chambers of their kings;
31 He spoke, and there came swarms of flies, And lice in all their territory;
32 He gave them hail for rain, And flaming fire in their land;
33 He struck their vines also, and their fig trees, And splintered the trees of their territory;
34 He spoke, and locusts came, Young locusts without number;
35 And ate up all the vegetation in their land, And devoured the fruit of their ground;
36 He also destroyed all the firstborn in their land, The first of all their strength;
37 He also brought them out with silver and gold, And there was none feeble among His tribes;
38 Egypt was glad when they departed, For the fear of them had fallen upon them;

39 He spread a cloud for a covering, And fire to give light in the night;
40 The people asked, and He brought quail, And satisfied them with the bread of heaven;
41 He opened the rock, and water gushed out; It ran in the dry places like a river;

This psalm does not end with a strong paragraph division, and as I looked into it, neither does Psa 104 that we studied on Friday. It means that Psa 104-105-106 (at least) are together teaching a single theme. It is interesting that Psa 104 dwelt more on the history of God as Creator over His creation, and this psalm dwelt more on the history of the emergence of Israel as a nation. You might say, God, by His supernatural wisdom and ability, created the heavens and the earth, and then, by His supernatural wisdom and abilitiy,  He created a people for Himself.

And lest anyone think that His people are only the biological descendants of Abraham:

who are the children of Israel