You are here: Home / Perspective / history / shamash the sun god 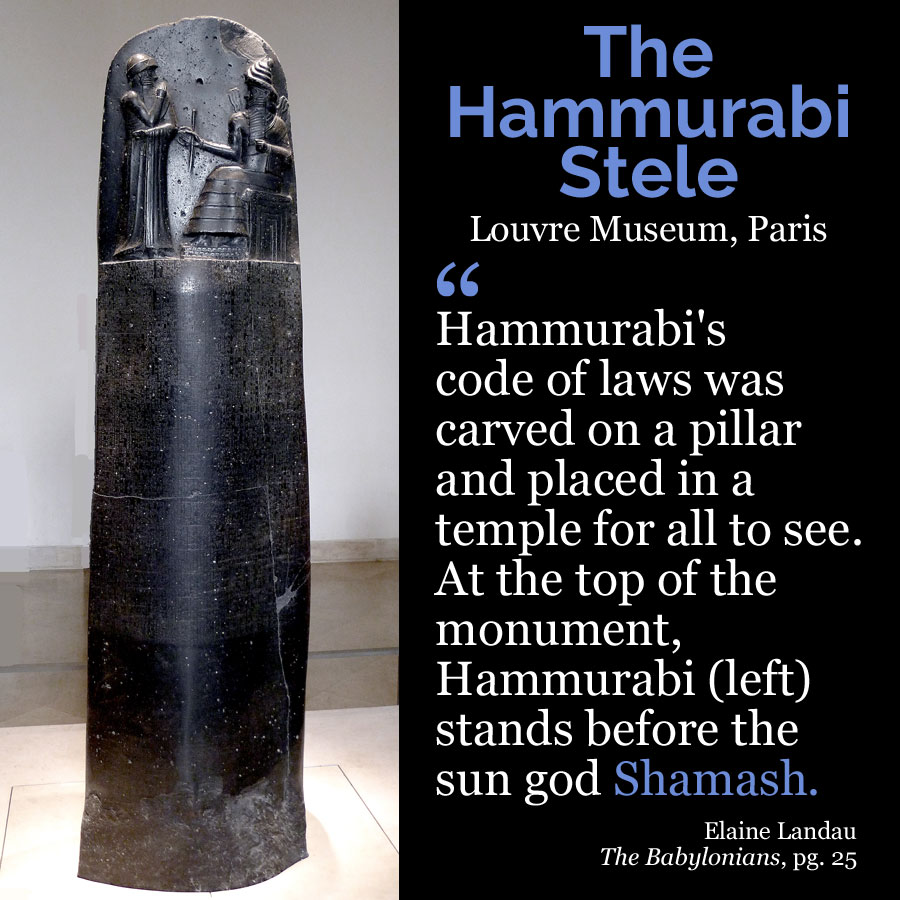 The Babylonians by Elaine Landau is in the collections of most mid- to large- size public libraries. 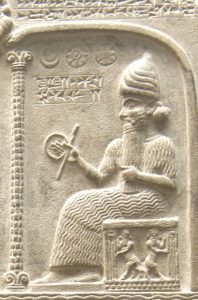 Detail from the Tablet of Shamash, Wikimedia Commons

The image at right is a representation of Shamash from the Tablet of Shamash (c 888 – 855 BC), showing him sitting on his throne dispensing justice while clutching a rod-and-ring symbol.

Utu (Sumerian) or Shamash (Babylonian) is the name applied to the ancient sun god. He was believed to be the dispenser and enforcer of justice, morality, and truth, and was the twin brother of the goddess Inanna, the Queen of Heaven. His main temples were in the cities of Sippar and Larsa in Sumer. He was believed to ride through the heavens in his sun chariot and see all things that happened in the day.

Utu was worshipped in Sumer from the very earliest times. The oldest documents mentioning him date to around 3500 BC, during the first stages of Sumerian writing. His main temples … were located in Sippar and in Larsa. Utu continued to be venerated until the end of Mesopotamian culture and was worshipped for well over 3,000 years. … In the Hurro-Akkadian bilingual Weidner god list, Utu is equated with the Hurrian sun-god Šimigi. In the Ugaritic trilingual version of the Weidner god list, Šimigi and Utu are both equated with Lugalbanda.

Conclusion: the Babylonian sun god Shamash was in fact the same as the sun god from the earliest Sumerian writings, thus from the Tower of Babel dispersion.