You are here: Home / Perspective / family and society / on teenage rebellion, part four 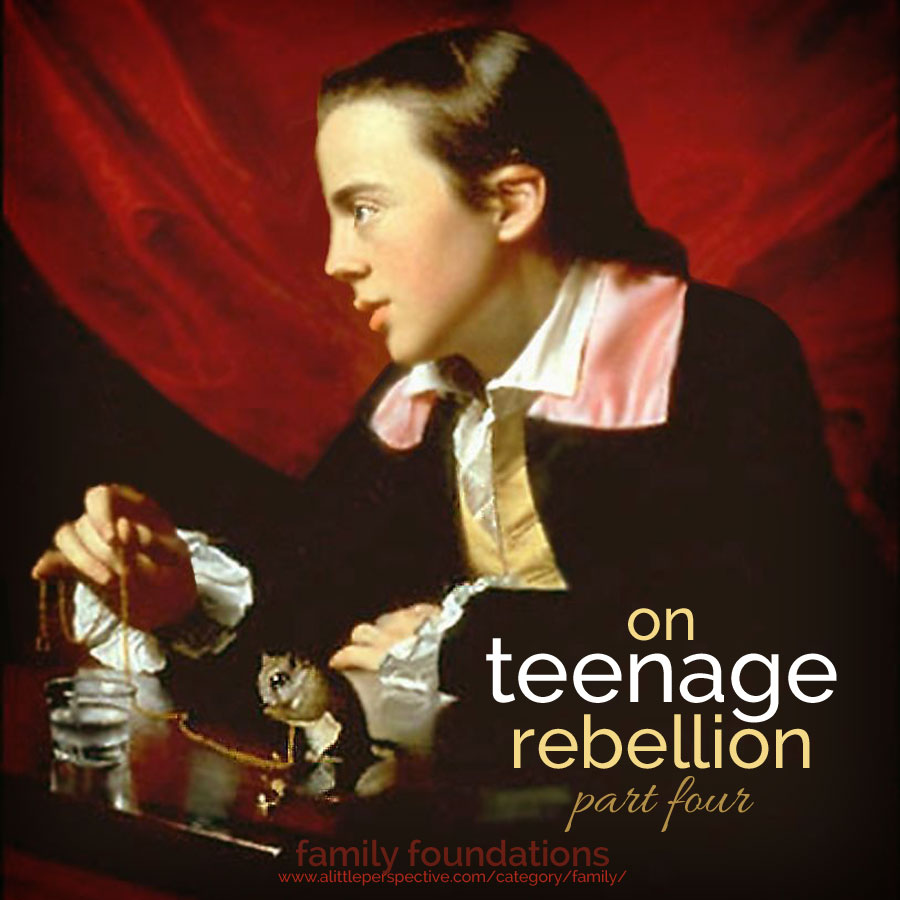 And, ye fathers, provoke not your children to wrath: but bring them up in the nurture and admonition of the Lord.

I believe parents, particularly fathers, are instructed to do this, in order to model to their children what the Heavenly Father is like. When the children are grown, they will have a visual aid so to speak, to help them in understanding the Lord’s heart toward them, and what a relationship with Him might entail. So what does it mean to bring a child up in the nurture and admonition of the Lord?

Bringing our child up in the nurture and admonition of the Lord is more than just taking our children to church so they can learn about God. Let’s talk about nurture today, and we can discuss admonition tomorrow.

So if we think how the Lord treats us in love as our Heavenly Father, we begin to get an idea of what the Lord’s nurture looks like. He is never too busy for us – He wants to spend more time with us, most likely, than we are spending with Him. He does not put us lower on His priority list after golf and volunteering in church. He welcomes us into His presence when we come to Him. He is great, and holy is His name, and yet He is humble and lowly in heart. So He does not make us feel small in order to satisfy a need to feel big (as some do who are in positions of authority over others). He is God, King, and Lord, yet He does not “lord it over” us.

He sacrificed Himself for us – His interests and His prestige, didn’t He. He assesses our needs, and provides for them, even before we have asked in most cases. Emulating that requires paying attention to our children and not being too wrapped up in self or just accomplishing the stuff of daily life. He gives to us generously without reproaching us for having a need. He forgives us freely when we come to Him and confess our sin.

They know they have been sinned against, even if they have no idea how or how to articulate the distress in their hearts it causes. Then we parents create an open door for the flesh or the enemy to come and sow resentment, anger, bitterness, rejection, and discouragement in the hearts of our children, which, when full grown (i.e. teenagehood) can produce the fruit of rebellion.

« Death and life in the power of the tongue
When all else fails, use censorship »