You are here: Home / Perspective / family and society / on teenage rebellion 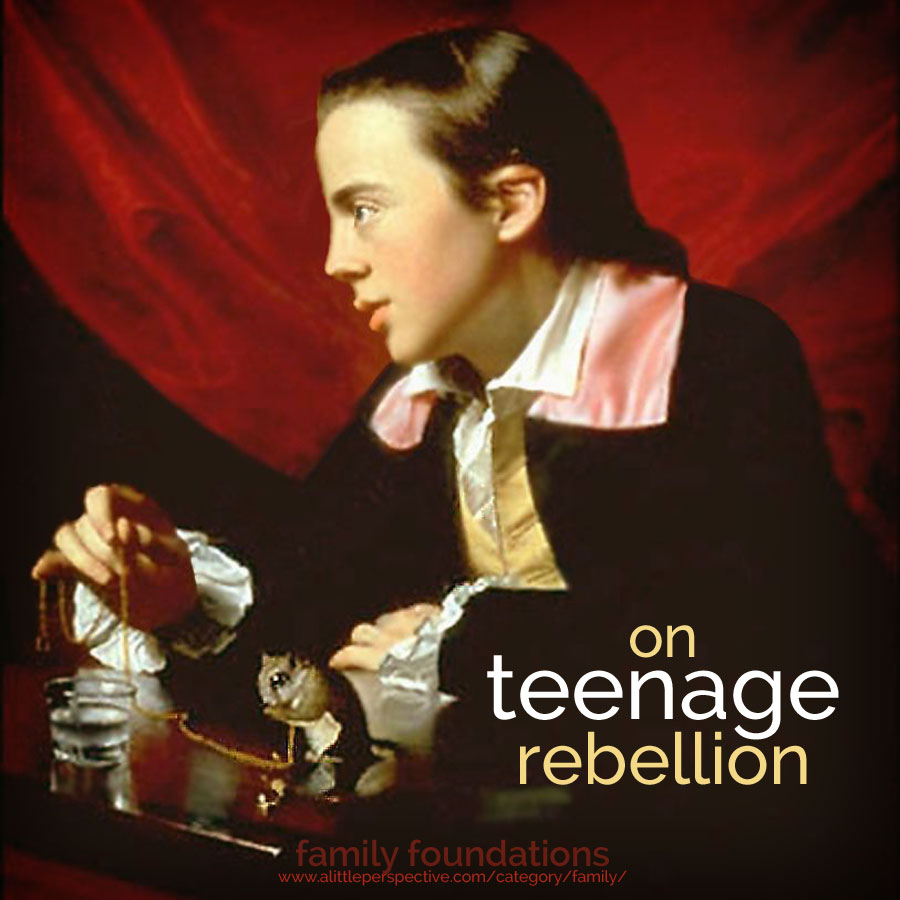 I firmly believe teenagers do not have to rebel when they hit that age. If they HAD to rebel, if it was an inevitable milestone toward maturity, then the command found in Torah, to stone a son or daughter who is rebellious and refuses to listen to his parents, would be unjust. And God is not unjust.

But there are other proofs that teenagers do not have to rebel. Teens in non- Western societies or in primitive societies do not always rebel. And teens who lived in other eras, not our modern era, did not always rebel. If teens had to rebel in order to reach adulthood, these things would not be the case. So I believe there is something about our modern Western society that encourages teenage rebellion. In fact, I think there are several somethings that encourage rebellion, and it may be that several factors are at work at once in any particular case.

So what is the cause of teenage rebellion? There are several causes, in fact, and as usual, the Scriptures hold the key.