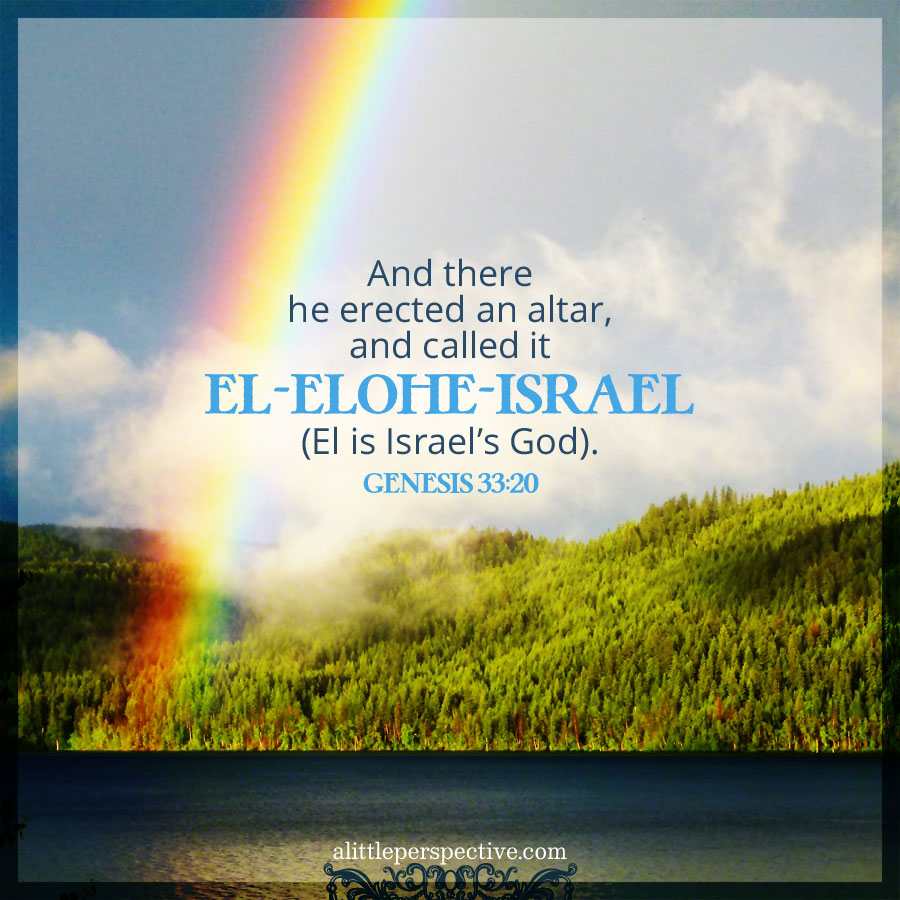 Read Genesis 33:18-35:8 at Bible Gateway.
the teaching tools of scripture

the strong theme and defilement with Canaanites

1c) Gen 34:3-13, Shechem asks for Dinah as wife/ proposed to become one people with Jacob;

2a.2) Gen 34:13, The sons of Jacob answered deceitfully, because he had defiled Dinah their sister;

1d) Gen 34:14, We cannot give our sister to the uncircumcised, for that would be a reproach;

central axis) Gen 34:15b, If you will become as we are, if every male of you is circumcised;

2e) Gen 24:16, Then we will give our daughters + take your daughters/ dwell here + become one people;

2c) Gen 34:19-30, Shechem agreed because he delighted in Jacob’s daughter/ proposed to the men of the city to become one people with Jacob;

1a) Gen 34:19, The prince did not delay because he delighted in Jacob’s daughter/ He was more honorable than his father’s household;
1b) Gen 34:20, Hamor + Shechem spoke with the men of their city at its gate;
1c) Gen 34:21, Let these men dwell + trade in the land/ take their daughters + give our daughters;
central axis) Gen 34:22, Only on this condition will the men consent to dwell with us, to be one people: if every male among us is circumcised as they are circumcised;
2c) Gen 34:23, Will not their livestock + property be ours? If we consent, they will dwell with us;
2b) Gen 34:24, All in the gate of the city heeded Hamor + Shechem/ every male was circumcised;
2a) Gen 34:25-30, Simeon + Levi’s revenge of Dinah’s honor;

Jacob’s defilement with Canaanites/ his repentance and return to God

Then Jacob came safely to the city of Shechem, which is in the land of Canaan, when he came from Padan Aram; and he pitched his tent before the city. Gen 33:18 NKJV

And Jacob came to Shalem, a city of Shechem, which is in the land of Canaan, when he came from Padanaram; and pitched his tent before the city. Gen 33:18 KJV

The KJV translators had such respect for the word of God, that they did not change a jot or tittle of it. The modern translators feel compelled to improve the text (although the NKJV is the least tampered with). But here we find a clear discrepancy, where the NKJV and the KJV do not match at all.

Shalem is Salem. It is Strong’s H8004, and its definition is literally, the place of which Melchizedek was king. Melchizedek was, we learned earlier, the King of Peace, and the King of Righteousness – a preincarnate appearance of the Word of God made flesh. The Scripture is telling us, that Jacob came to the place where Melchizedek was king; to the place where the King of Peace and the King of Righteousness, Messiah Yeshua, reigned. Jacob built the altar, El Elohe Israel, there (God, the God of Israel). But at some time after that, he allowed himself to become defiled. But this is the gospel: defilement is not the end of our story. If we repent and return to God, He will restore us to His house (Bethel).

Shechem: Its Archaeological and Contextual Significance – Associates for Biblical Research