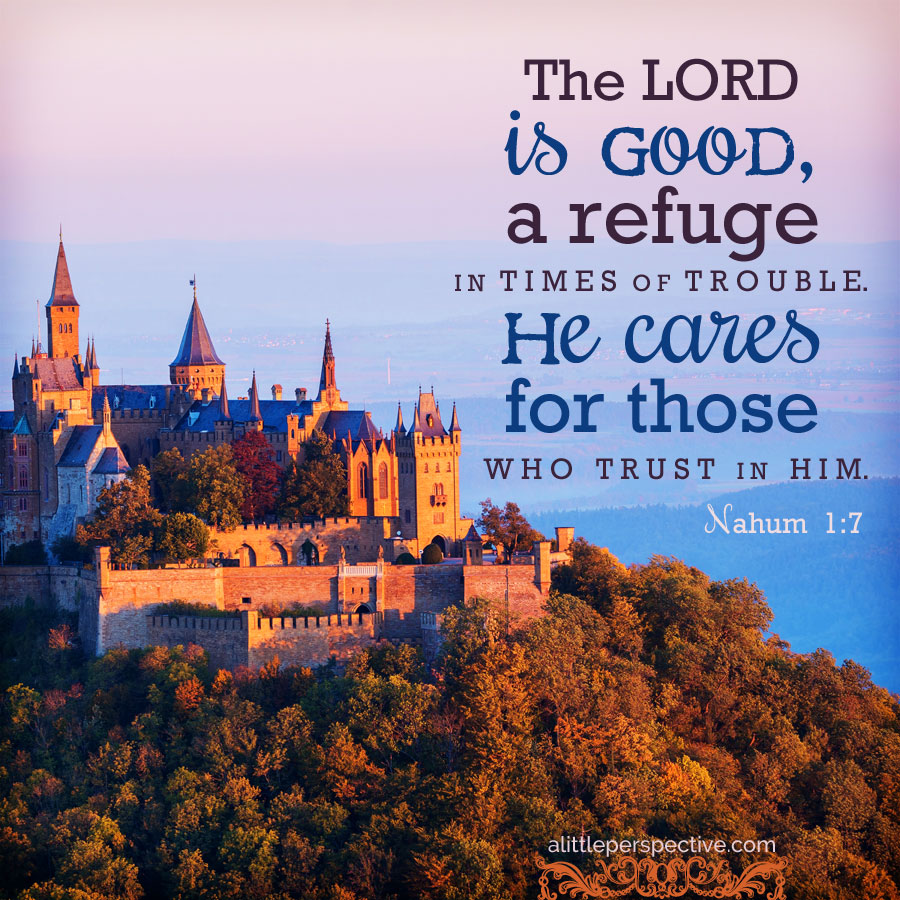 There is disagreement among scholars when the prophet Nahum lived, but it seems he may have been contemporary with Isaiah and provided the second part of God’s prophecy concerning Nineveh, begun by Jonah. Jonah prophesied the destruction of Nineveh unless she repent of her ways. Nineveh repented, and the promised destruction was held off. But upon Nineveh’s return to her former wickedness, the LORD again repeated that destruction was coming — this time from which there could be no turning.

The son of Esarhaddon, who rebuilt Babylon and took Manasseh captive there, was Asshurbanipal (648 bc), and in the beginning of his reign, he reaffirmed Assyrian rule over the Egyptians which his father had imposed, put down a revolt of the Babylonians, and made Elam tributary, destroying Susa, the captial city.

Asshurbanipal’s palace, which has been uncovered in Nineveh, was of great magnificence, and was decorated with reliefs depicting the king’s many conquests and favorite pastimes, of which hunting was the most prominent. But during the latter part of his reign, the Assyrian empire was ravaged by an invasion of the Scythians, whose coming was foretold by Jeremiah (Jer 6:22). Then after a reign of forty-two years, Asshurbanipal died (627 bc).

At the death of the Assyrian king, the weakened state of the empire, due to the scourges of the Scythians, was only compounded, for Asshurbanipal’s three sons battled each other in a civil war over the succession. Such an unsettled state of affairs encouraged many revolts from Assyrian authority, among them Babylonia and Media.

Thus the Babylonians and Medians joined together to attack the Assyrians at Nineveh. They placed the city under siege, and the proud city finally suffered the same fate she had imposed upon others for so long. The Assyrians, however, thought they could withstand the siege for many years to come, being well- provisioned; and they were so confident in their own strength, that they calmly continued their luxurious way of life, disregarding the enemies at their gates.

In the third year of the siege, however, an unusually wet season caused the Tigris River to overflow its banks, and the wall of the city was undermined, being made of mud brick. The Babylonians and Medians poured into the city through the breach thus made in the wall (625 bc).

When the Assyrian king heard that the city was breached, he gathered his wives, concubines, court officials, and greatest treasures in his palace, and set it on fire. He burned himself and his palace to the ground, before the invading armies could subject him to the same treatment Assyrian kings had subjected their captives to for over two hundred and seventy years.

When Babylonians and Medians plundered the city and its temples, turning it into a heap of ruins. The ruin of the city was so great, that one hundred years after its fall, the once proud city was only a rumor among the nations, and no one knew where the city had stood. It was not rediscovered until the 1800s, after a sleep of over 2400 years.

For further reading:
Introduction to Nahum – Albert Barnes Notes on the Bible