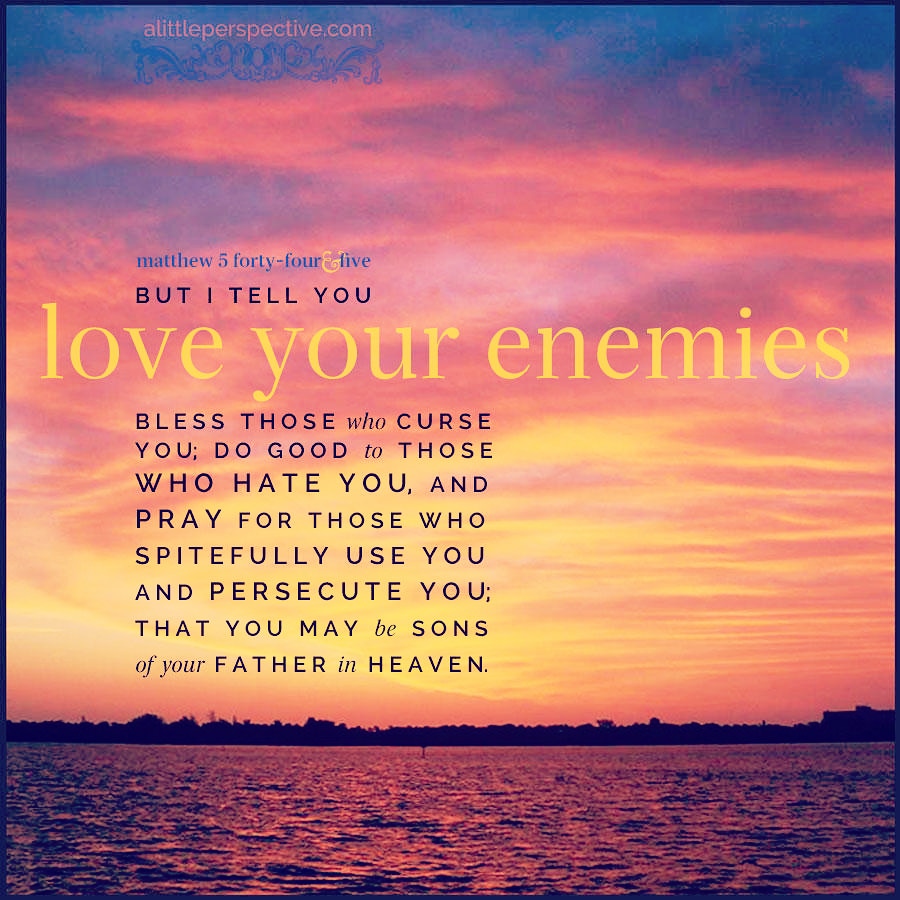 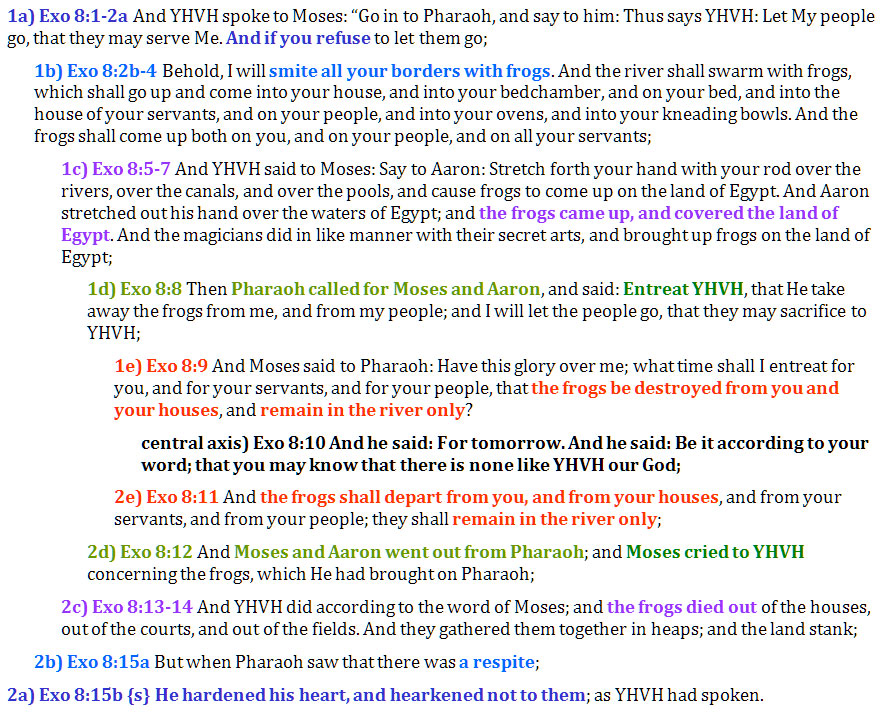 And I will harden Pharaoh’s heart, and multiply My signs and My wonders in the land of Egypt. Exo 7:3

The word “multiply,” which we have seen before, means “to become great.” The greatness doesn’t arrive full-blown on the scene, but it increases incrementally until it is great.

And so we see a pattern with the plagues. In the first plague, YHVH struck the river so that it became blood, and the Egyptian magicians did likewise with their secret arts. However in the first plague there is no mention of entreating YHVH to take the plague away as there is in the plague of frogs. We do know, however, that seven days passed from the first plague to the second (Exo 7:25). Perhaps the country just waited for the fresh water from the source of the Nile to work its way through the river system, washing the fouled water out to the sea.

In the second plague, we see a repeat of the pattern in that whatever YHVH brought on the land, the Egyptian magicians did likewise with their secret arts. But the break in pattern with this plague is that Pharaoh called Moses and Aaron back, humbling himself, entreating for YHVH to take away the plague. Now why didn’t the king just tell the magicians to take away the plague, since they were able to bring it up as well? He would have saved face! It would be characteristic for him to do so, and I believe he did do so … but the only logical scenario, is that the magicians were unable to do so. Thus Pharaoh had to resort to humbling himself before Moses and Aaron.

So the incremental glory of the multiplying wonders increases to YHVH, that Pharaoh may know that there is none like YHVH. The occult arts can duplicate a plague, but only YHVH, who rules the spiritual world as well as the natural, can relieve a plague. The demonic can oppress, but only YHVH has the compassion and the power to lift the oppression.

“You have heard that it was said, ‘You shall love your neighbor and hate your enemy.’ But I say to you, love your enemies, bless those who curse you, do good to those who hate you, and pray for those who spitefully use you and persecute you, that you may be sons of your Father in heaven; for He makes His sun rise on the evil and on the good, and sends rain on the just and on the unjust.” Mat 5:43-45

In other words, let not retaliation or judgment or cursing ever come from my hand, but only from the hand of Yehovah, which He in His great wisdom has reserved for Himself!