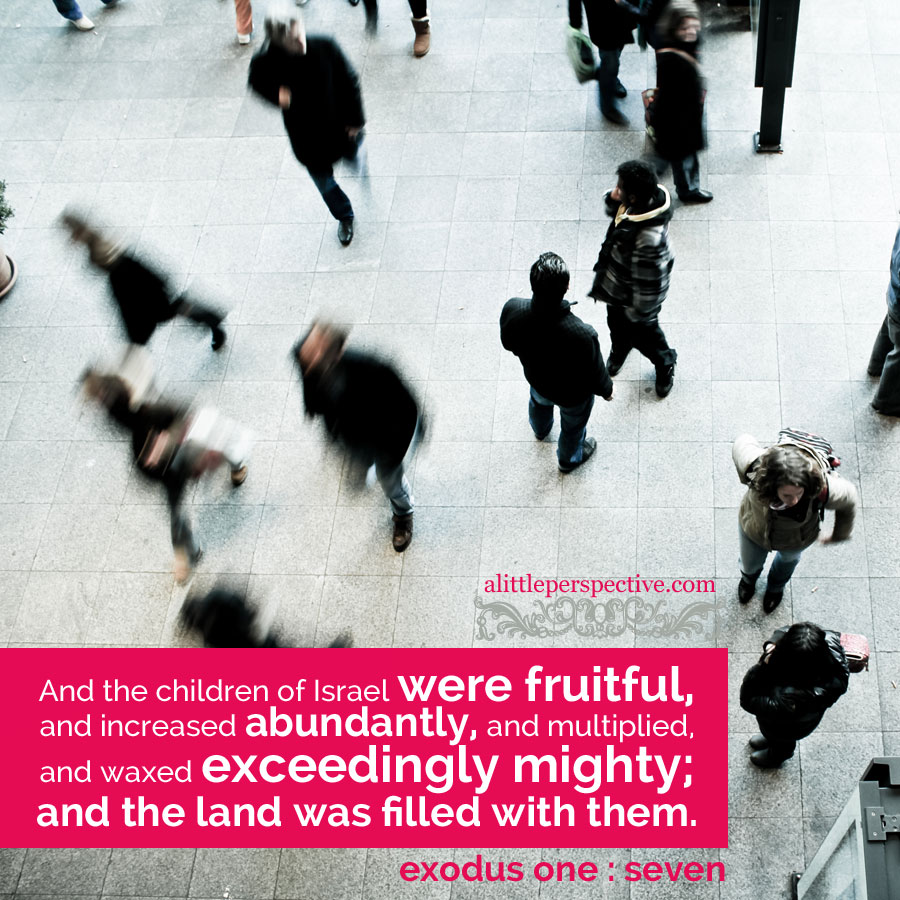 Exo 1:1 Now these are the names of the sons of Israel, who came into Egypt with Jacob; every man came with his household: 2 Reuben, Simeon, Levi, and Judah; 3 Issachar, Zebulun, and Benjamin; 4 Dan and Naphtali, Gad and Asher. 5 And all the souls that came out of the loins of Jacob were seventy souls; and Joseph was in Egypt already. 6 And Joseph died, and all his brethren, and all that generation. 7 And the children of Israel were fruitful, and increased abundantly, and multiplied, and waxed exceedingly mighty; and the land was filled with them. {p}

The two front teeth (shin) conveys the idea of plurality and multiplication, as anything x2 increases its number. Thus multiplied (shin) heads (resh) which creep (as a hunter does along a trail, tsadey); i.e., the swarming of creeping things.

The story the pictographs are telling is of the head (resh) of the house (bet) who abounds in revelation (i.e., wisdom, hey).

“Each family has a master that rules all cases, trials, conflicts and contests. This person was the representative for the whole tribe, one abundant in authority and wisdom.” – Ancient Hebrew Lexicon.

The story the ancient pictographs are telling is of shading over (ayin) a trail (tsadey); i.e., a tree, as that which is upright and strong; the addition of the mem, often used as a multiplier, adds intensity: a mighty tree. Thus the implication in the derivative of strength (ayin + tsadey) in might or numbers (mem).

Here again the number of the children of Israel who went into Egypt is highlighted, as we saw it was in Genesis. This brings to mind:

Remember the days of old, Consider the years of many generations. Ask your father, and he will show you; Your elders, and they will tell you: When the Most High divided their inheritance to the nations, When He separated the sons of Adam, He set the boundaries of the peoples according to the number of the children of Israel. For the Lord’s portion is His people; Jacob is the place of His inheritance. Deu 32:7-9

The Most High divided the sons of Adam according to their nations, back in Gen 10. Abraham nor Jacob was not born yet. And yet we find, counting the names of Noah’s grandsons and great-grandsons who became the fathers of the nations, seventy fathers of the nations. In His foreknowledge He made a one on one equivalence between each nation, who rebelled against Him at Babel, and each son counted among the household of Jacob when they began their sojourn in Egypt. Let’s keep our eyes open because this number has spiritual significance and we will see it again and again as we go through Torah.