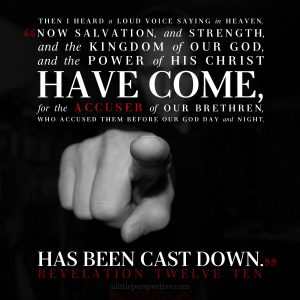 When we speak the negative word over our brothers instead of the positive word, instead of the word of blessing, we are not agreeing with God. His word edifies. As my Mom used to say (she was such a wise woman), “If you can’t say something nice, then don’t say anything at all.” It is the accuser of the brethren who points out the negative and speaks against instead of for. We do not want to be in the position of agreeing with the liar and father of lies. When we speak accusing and negative words to others, we are in danger of bearing false witness, because it is the liar who also speaks accusing and negative words. ♥

« romans 16, those who cause divisions
classic banana pudding »