You are here: Home / Family / work in progress / sweeping the house clean 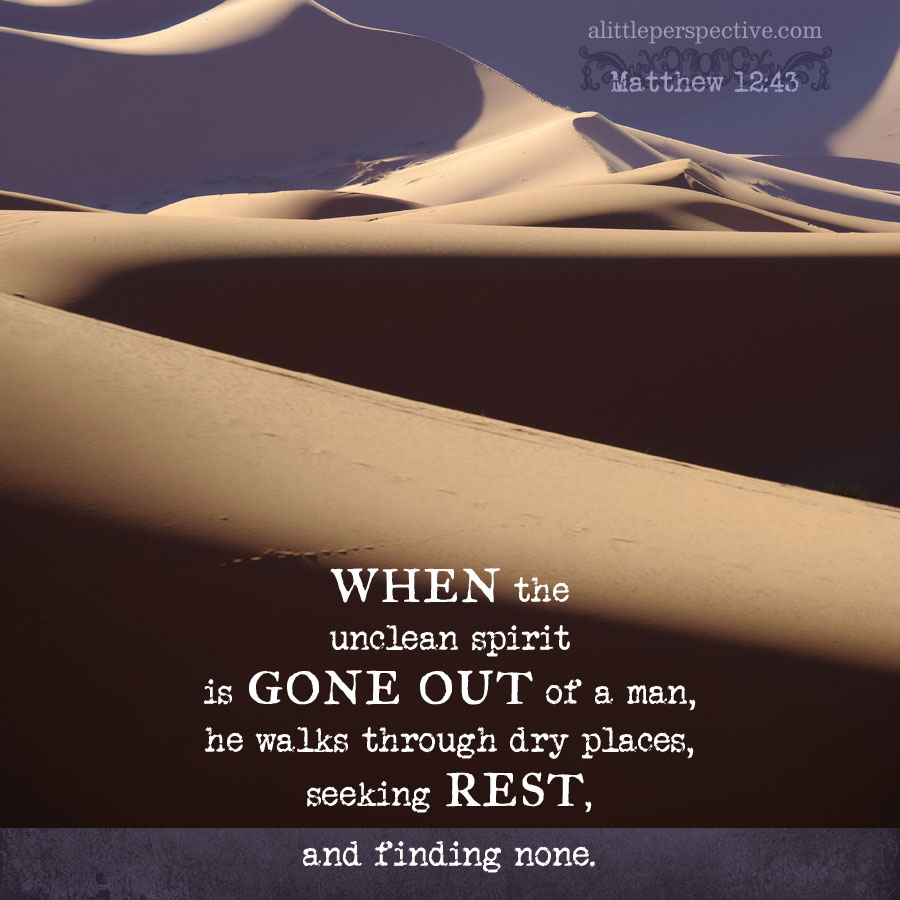 The house in Scripture is of at least four types. First, there is the body, the “house” of a man’s spirit and soul:

When the unclean spirit has gone out of a man, he walks through dry places, seeking rest, and finding none. Then he says, “I will return into my house from whence I came;” and when he is come, he finds it empty, swept, and put in order. Then he goes and brings seven other spirits more wicked than himself, and they enter in and dwell there, and the last state of that man is worse than the first. Even so shall this wicked generation be also. Mat 12:43-45

There is the physical house of brick and mortar, which “houses” the family; and the family that dwells there is also called the house or household of a man in Scripture:

And the sons of Joseph, which were born to him in Egypt, were two souls; all the souls of the house of Jacob, which came into Egypt, were seventy. Gen 46:27

Through wisdom a house is built, and by understanding it is established; and by knowledge its rooms are filled with all rare and beautiful treasures. Pro 24:3-4

There is the house of the LORD, the term applied equally to both the tabernacle and the temple:

And when she had weaned him, she took him up with her, with three bulls, and one ephah of flour, and a bottle of wine, and brought him to the house of the LORD in Shiloh: and the child was young. 1 Sam 1:24

Thus all the work that Solomon made for the house of the LORD Yehovah was finished: and Solomon brought in all the things that David his father had dedicated; and the silver, and the gold, and all the instruments, he put among the treasures of the house of God. 2 Chr 5:1

There is a national house, wherein the nation dwells:

And Moses said to the people, “Remember this day, in which you came out from Egypt, out of the house of bondage; for by strength of hand the LORD Yehovah brought you out from this place: no leavened bread shall be eaten.” Exo 13:13

For the vineyard of the LORD Yehovah of hosts is the house of Israel, and the men of Judah His pleasant plant: and He looked for judgment, but behold oppression; for righteousness, but behold a cry. Isa 5:7

Now, Scripture reveals both by prophetic type, and direct action, that we may need to clean house:

Leaven is a prophetic metaphor for sin and uncleanness. Interestingly enough, God likewise “cleaned house” of sin and wickedness, for He washed the whole earth with a great Flood, and every living thing in which was the breath of life, perished, but for Noah and all that were with him on the ark (Gen 6-8).

We don’t hear as much about sweeping our “house” clean of demonic influences until Yeshua. In the Gospels, a large part of His ministry involved casting out demons, something the apostles and Paul continued in the 1st century church:

Bible Gateway search of the Gospels for “casting demons.”

Bible Gateway search of the New Testament for “unclean spirit.”

How God anointed Jesus of Nazareth with the Holy Spirit and with power, who went about doing good and healing all who were oppressed by the devil, for God was with Him. Act 10:38

And His same ministry, He charged us to continue doing, even to casting out demons:

“And these signs will follow those who believe: In My name they will cast out demons; they will speak with new tongues; they will take up serpents; and if they drink anything deadly, it will by no means hurt them; they will lay hands on the sick, and they will recover.” Mar 16:17-18