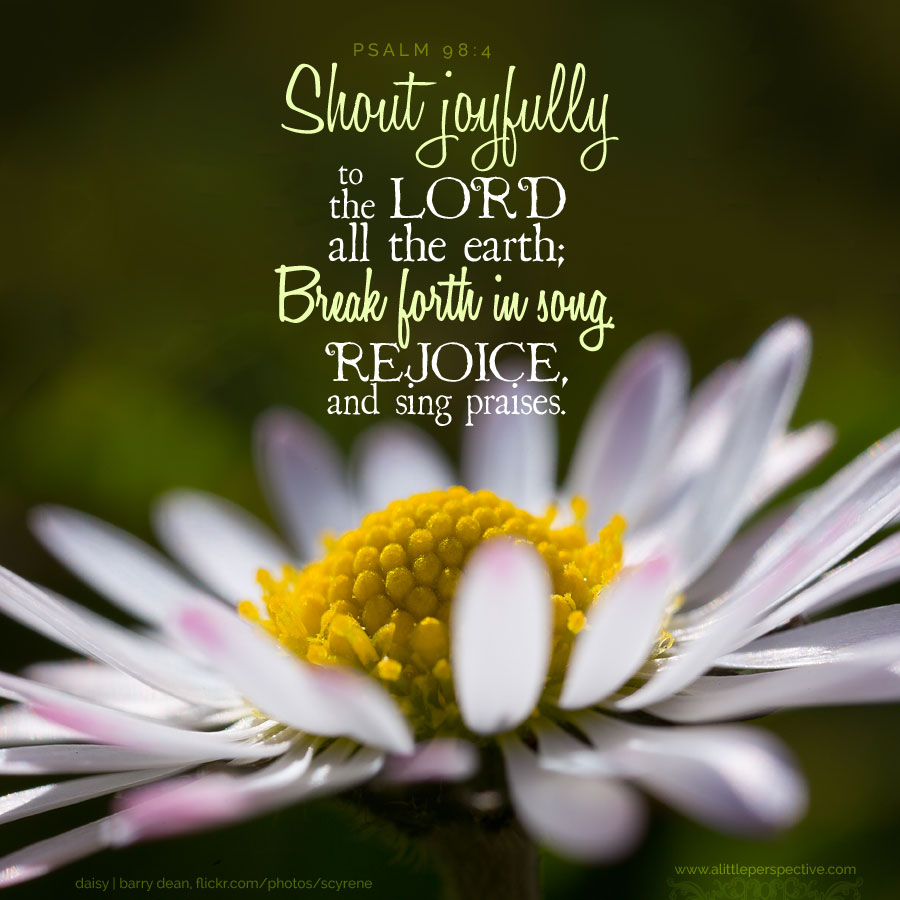 We have been looking at Psalms 95-100 and how they pair to make a multi- chapter chiastic structure. Psa 98, we saw, paired with Psa 96 in a linear progression:

But Psa 98 also forms its own interesting chiastic structure with messianic significance:

introduction) Psa 98:1a Oh, sing to the Lord a new song! For He has done marvelous things; {n}
Psa 98:1b, His right hand and His holy arm have gained Him the victory;

1a) Psa 98:2a, The Lord has made known His salvation;
1b) Psa 98:2b, His righteousness He has revealed in the sight of the nations;
2b) Psa 98:3a, He has remembered His mercy and His faithfulness to the house of Israel; {n}
2a) Psa 98:3b, All the ends of the earth have seen the salvation of our God;

central axis) Psa 98:7, Let the sea roar, and all its fullness, The world and those who dwell in it;

2b) Psa 98:8, Let the earth rejoice: Let the rivers clap their hands; Let the hills be joyful together before the Lord;

Psa 98:9a, For He is coming to judge the earth. {n}
Psa 98:9b, With righteousness He shall judge the world, And the peoples with equity. {p}

The focus of the 1A pair is salvation, the ministry of Yeshua in His first coming. The focus of the 2A pair is return and judging justly, what is prophesied of the ministry of Yeshua in His second coming. I find it interesting, in the 1A pair, that He has revealed His salvation to the ends of the earth. The whole world knows or will know the gospel of the Lord Jesus Christ in this age. For the nations He has revealed His righteousness. “Nations” always brings to mind, for me, the 70 rebellious nations who rejected the Lord as Creator and God at the Tower of Babel, and made gods of their own choosing to serve, also setting up man’s system of government by empire, conquest, and harsh service of overlord elites that we find ourselves embroiled in yet today. To the nations He has revealed His righteousness, but to Israel, His covenant people, He has remembered His mercy and faithfulness. The wonderful thing about God, is that He has opened the Door (Joh 10:7) to the 70 nations to return to Him, and be grafted in to His covenant nation, through Israel’s Root and Savior, Messiah Yeshua (Rom 11:17). Become a partaker of mercy and faithfulness now, so that you are not a partaker of judgment later!