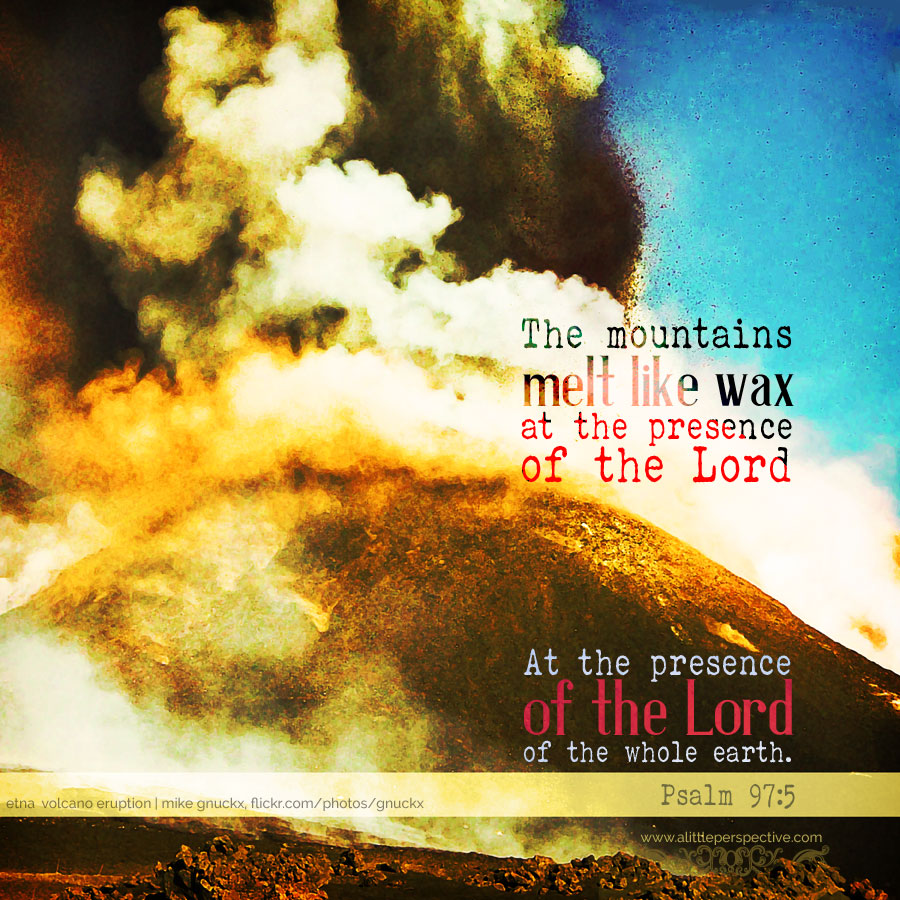 Psa 97 is in the center of the multi- chapter chiastic structure we have been seeing in Psalms this week:

1a) Psa 97:2, Clouds + darkness surround Him; Righteousness + justice are the foundation of His throne;
1b) Psa 97:3, A fire goes before Him, And burns up His enemies round about;
central axis) Psa 97:4, His lightnings light the world; The earth sees and trembles;
2b) Psa 97:5, The mountains melt like wax at the presence of the Lord of the whole earth;
2a) Psa 97:6, The heavens declare His righteousness, And all the peoples see His glory;

central axis) Psa 97:7-9, YHVH far above all false gods, which are of nought/ Zion is glad in YHVH + His righteous judgments:

In this psalm, the matching pairs seem to be declaring a cause and effect, rather than simply repeating the same truth. A pair: Because the LORD reigns, the righteous give thanks when they remember His holy name. B pair: The earth rejoices that the LORD is its Ruler, likewise the righteous recognize His kingship and are glad in Him. C pair: Heaven and earth recognize His awesome majesty, glory, authority, as do His saints. The righteous and upright in heart likewise recognize Him (it is the beginning of what makes them “the righteous’), for Righteousness and justice is the foundation of His throne, so those who love Him also love His righteousness, and hate evil as He does.

And we should pause for a minute and reflect on the connection between authority and righteousness. Usurpers of authority often have flagrant disregard for justice, and wickedness, as their defining characteristics. No one sent and established by God does so.

Central axis: Those who serve idols should be ashamed, because the LORD is exalted far above them all, which in reality are nothing at all. Zion hears that the LORD is far above them, and rejoices; they are glad because of the Lord’s righteousness and His judgments. That is His Torah,, which explains and defines them! The enemy tries to make us ashamed of God’s righteous judgments, but it is he who will be brought to shame. YHVH’s righteousness and His kingship rejoices the hearts of His people!

Is this the central axis of the entire book of Psalms? It might be … it is for Psa 95-100; we will keep the possibility open, and see …