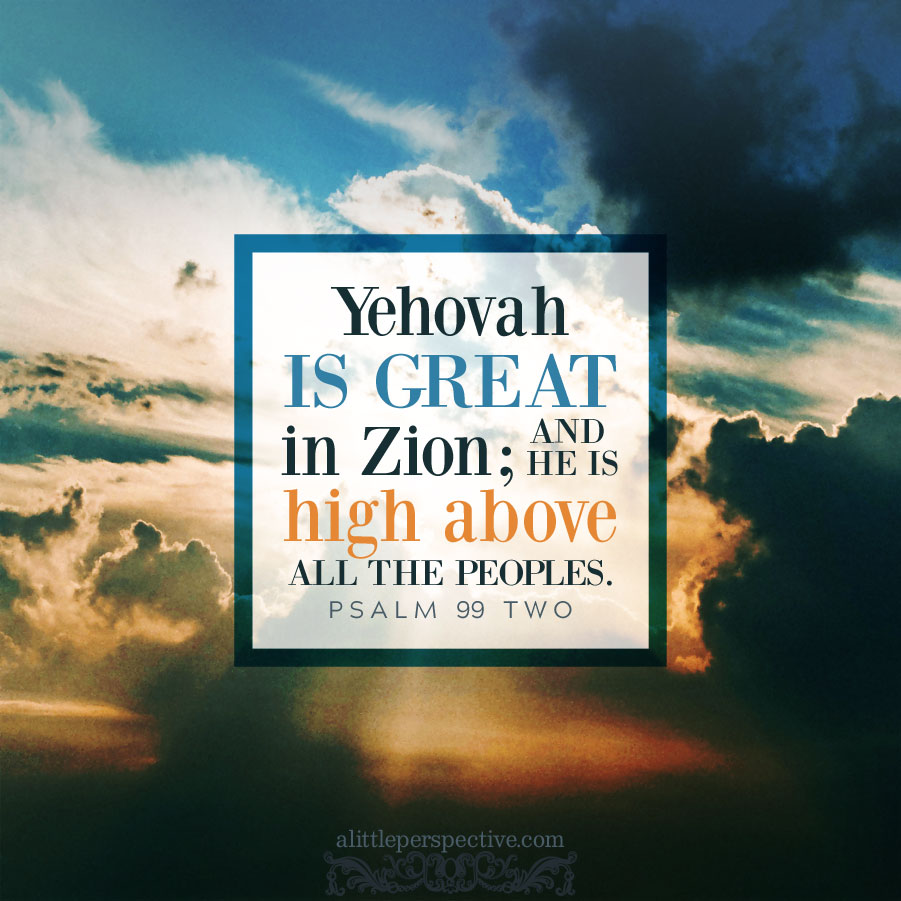 1 The Lord reigns; Let the peoples tremble! He dwells between the cherubim; Let the earth be moved!;
2 The Lord is great in Zion, and He is high above all the peoples;
3 Let them praise Your great and awesome name—He is holy;

1b) Psa 99:4, The king who loves justice (YHVH has established equity + justice + righteousness);

1a) Psa 99:6a, Moses + Aaron among His priests/ Samuel among those who called upon His name; {n}
1b) Psa 99:6b, They called upon the Lord, and He answered them;
central axis) Psa 99:7, He spoke to them in the cloudy pillar; They kept His testimonies and the ordinance He gave them;
2b) Psa 99:8a, You answered them, O Lord our God; {n}
2a) Psa 99:8b, You were to them God-Who-Forgives, though You took vengeance on their deeds;

How do the B elements pair? There is the king who loves justice on one side, and the priest and prophet who kept His testimonies on the other side. King, priest, and prophet are the three delegated authorities established by God in Torah (outside of the family). In the Torah system, the judges were priests, as the most familiar with the Law and its application.

Interestingly enough, these three offices are prophetic of Messiah. The Torah and Prophets teach that when Messiah comes, it will be as king, prophet, and priest. We know that when Messiah Yeshua came, He fulfilled the role of prophet and priest already. He spoke God’s word to the people, and by His substitutionary death on the cross, became the perfect High Priest of our confession, fulfilling forever the role of priest between God and man (book of Hebrews). When He returns, it will be as King; He will rule the nations with a rod of iron.

We can also see that the way God established equity (fair treatment), and justice and righteousness in Jacob, was through the giving of His testimonies and ordinances in Torah. Until the 20th century, the body of Law found in Torah was considered the foundation of all civil and criminal law in Western Civilization, as well it should be. In our modern day, as both church and society reject Torah, we have a corresponding increase of hatred, murder, unrest, partial and preferential treatment, immorality, and a shocking disregard for true justice from courts and governments. As His people see this, and they repent, and restore His Torah and His word in its rightful place of honor and obedience. He will likewise restore our nation (2 Chr 7:14). Thank You for Your wonderful promises, Father! ♥

« psalm 98 chiastic structure
isis and the resistance of evil »