You are here: Home / Homeschooling / book reviews / on good books: fantasy and the chronicles of narnia 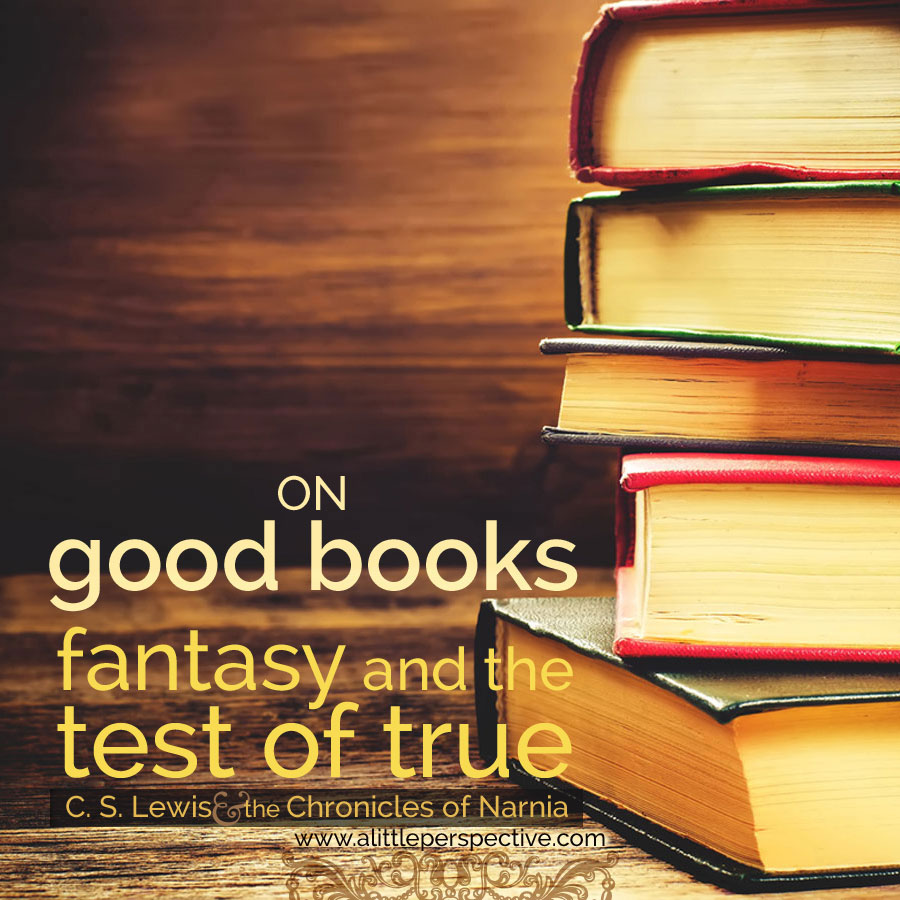 Last time we examined whether Tolkien’s The Hobbit and The Lord of the Rings violated the test of true, especially on the magic question. Which leaves us with C. S. Lewis and The Chronicles of Narnia. 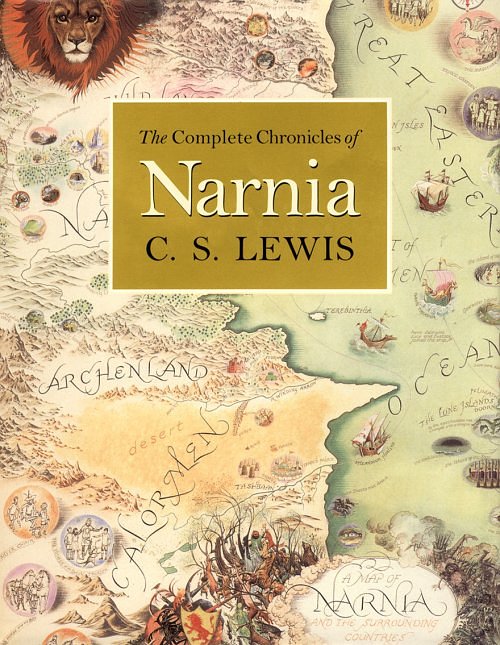 The Lion, the Witch, and the Wardrobe.

The wardrobe is a portal which transports the children to another realm. It is in this other realm that the telling of the One True Story takes place. The realm is peopled with talking animals. Surprised by Joy, Lewis’ autobiography, explains where the idea for them came from. In Scripture, Eve, in the Garden of Eden, has a conversation with a snake, which does not surprise her. He speculated that perhaps all the animals, as the creatures over which Adam and Eve ruled, talked and likewise interacted with them and maintained relationships with them, therefore Eve was not surprised when the snake spoke to her. Lewis, on the basis of that assumption, portrayed Narnia as a type of Garden of Eden, however, missing its rightful rulers, sons of Adam and daughters of Eve, the rulership being usurped by the White Witch. In this Lewis does not fail the test of true, accurately portraying the magic- wielding witch as an agent of evil, the enemy to overcome.

Other characters are drawn from mythology, as Mr. Tumnus was a faun, and there are centaurs and other beings. Lewis, being a professor of literature and a student of the classics, lived in an era where the veil was still drawn over the world’s eyes as to the narrative Greek mythology protrayed (more on that coming). Greek mythology was, to that generation, nothing more than wonderful hero tales, which themselves told the One True Story. So while if I was writing a new fantasy series, I personally would not include characters from mythology, being of the generation where the veil is beginning to be lifted, I can understand why Lewis did, without charging him with a crime intending to set stumbling blocks in anyone’s path. On this point, whether his inclusion disqualifies the series, let every family decide and be convinced for themselves.

As far as the Deep Magic, and the Deeper Magic, the term Lewis uses to explain the resurrection of Aslan after the White Witch slays him, I think he intended it as a way to portray the supernatural power of God in working miracles, and not as a tool of sorcerers to manipulate false gods and the natural order without God. If I was writing a new fantasy series, I personally would not use the same term, but I can understand why Lewis did. On this point, as well, whether his use of the term disqualifies the series, let every family decide and be convinced for themselves.

The Prince’s tutor turns out to be a Gandalf-esque figure, so the same consideration would need to be employed here as was employed with Tolkien. Is his character a way to portray the wise and elderly Father, with the ability to use supernatural power to help His children, as is an element of the One True Story? Or does his inclusion disqualify the series? Let each family decide for themselves.

The Voyage of the Dawn Treader.

King Caspian encounters characters who are trapped by spells from which they must be freed.  That spells are traps actually upholds the test of true, in agreeing with Scripture. That Eustace became a dragon, as if by magic, when feeding his lust for dragon- gold, I always thought was absolutely a brilliant portrayal of Eustace indulging sinful lusts to the extent that he became what he bowed to; a dragon is used in prophetic Scripture to depict the enemy. The whole episode is so well done, and the opening of Eustace’s eyes to his sin, his repentance and redemption, is one of the masterful side- stories included in Narnia, which shine forth the One True Story.

Giants enter the narrative, and are enemies to overcome, just as they are in Scripture (the Anakim and Goliath, for example).

The Horse and His Boy.

I can’t recall any magical elements in this tale; it is more like a wonderful historical fiction tale than a fantasy tale. Its theme is outsiders to Narnia, who do not have the watchful care and protection that Narnia enjoys in Aslan, who are lost in a culture whose gods are idols. However, when a boy of this people discovers truth, and discovers Aslan, he finds a welcome home with him. Again, a beautiful portrayal of the Gentiles being called to come and join themselves to the covenants of promise enjoyed by Israel, through Yeshua our Messiah.

This tale goes back to the founding of Narnia, and how it was polluted from the very beginning by the presence of an evil queen, who turns out to be the White Witch of the first tale. In order to transport the children back in time, and across worlds, magic rings are employed. I think it is the most gratuitous use of magic in the seven books, simply as a device to accomplish this travel. But like all the books in the series, the themes of the One True Story are again wonderfully related.

How the Narnia equivalent of the antichrist arises, and the peoples deceived by him, and the grand and harrowing adventure the true followers of Aslan have, in witnessing to the truth until the end. The magic employed is in the same form as the other books, as a type for supernatural power. Let each family decide, and be fully convinced. I can understand why some families would want to avoid these books, and I can understand why some families will want to experience them with their children, without violating the test of true.