You are here: Home / Perspective / books and poetry / on good books: whatsoever things are true, part one 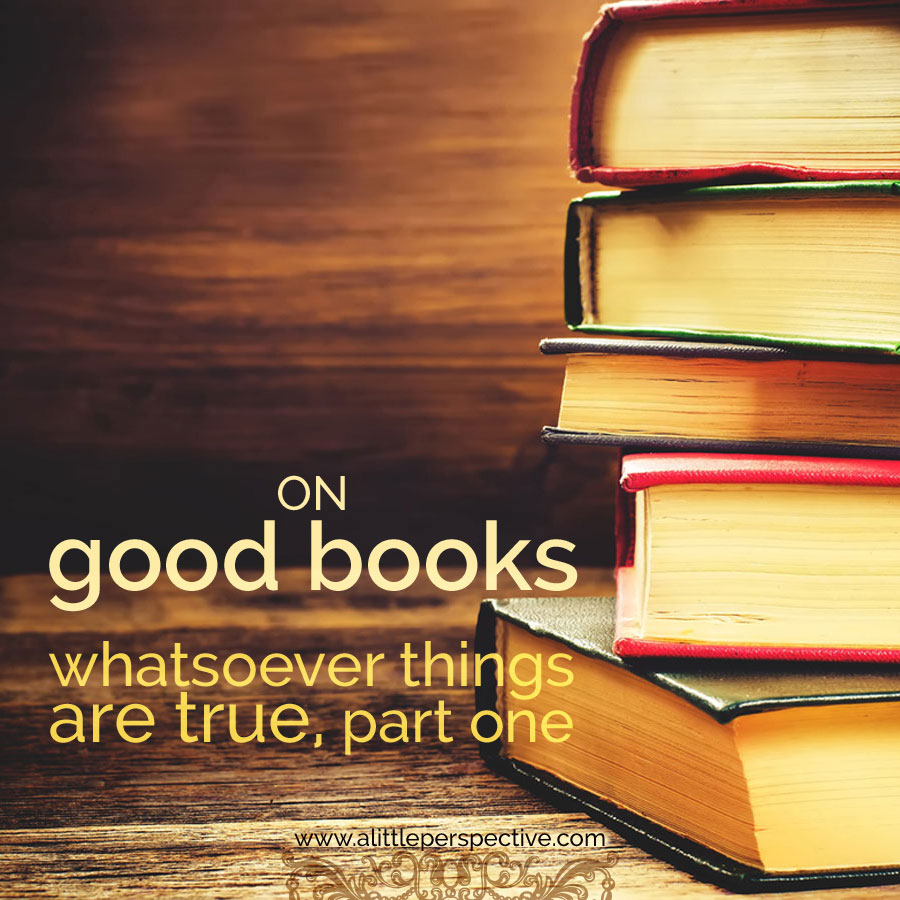 This word was translated by the Septuagint translators from the Hebrew Strong’s H3559, kuwn, כּוּן, kaph + vav + nun. The Hebrew lexicons say it means “firm, stable, established.” In the ancient Hebrew pictographs, the kaph is the open palm, so also open, allow, tame. The vav is the tent peg, so also add, secure, hook. The nun is the seed, so also continue, heir son. (See the Ancient Hebrew Alphabet Chart for the full description of the ancient or paleo Hebrew.)

The story the ancient pictographs paint of kuwn is the opening of the palm (kaph) or hand to secure (vav) life (nun – that which continues). So you might say that what is true, is that which is grasped (we open our palm to grasp something) as life- giving. That which is false is not life- giving, but life- destroying. For the thief comes to kill, steal, and destroy, and he is the thief, who is the liar and the father of lies (Joh 10:10, 8:44). Hebrew cognate words are, to be (the verb of existence; a truth is simply, that which is a reflection of reality), resolved (as firmly established, to be resolved, to be firm), and yes (we affirm that which is). Please notice that even in English, the ancient story the Hebrew pictographs paint, carries over, because to affirm something is to agree with that which is firm, the root of “affirm.” We find traces of Hebrew roots in English, because all languages were divided at Babel from the original parent language, of which Hebrew is the closest counterpart. So the historicity of the Scripture’s account of Babel is affirmed and confirmed as true by many witnesses. even in linguistics.

Back to books that are true. The general rule, we can see then, is does the book convey what is true about God, the universe, and the human condition? Are its struggles, triumphs, emotions, and conclusions accurate? If it is historical fiction, does it accurately portray the place or times it treats? Are its historical details true? If a book passes this test, it does not mean it is a good book yet, for there are other tests awaiting it, which we are coming to.

But there is a special category of books which chiefly falls under this test: myth, fairy tale, and fable, the particular favorites of children. Should we banish even animal fables such as Peter Rabbit, Aesop, or Old Mother West Wind, since animals which talk and act as men are not?

Update: I want to comment on my own post, LOL. As I have been considering the story the ancient Hebrew pictographs paint of “true,” I can’t help but think that the story is not just opening the hand to secure life, but opening the hand to secure that which continues (a better story painted by the choice of the nun). For this is a characteristic of truth. It is NOT relative, changing across cultures and across eras, but true truth is absolute – that which is across cultures and across eras, that which continues to be true no matter what else changes.