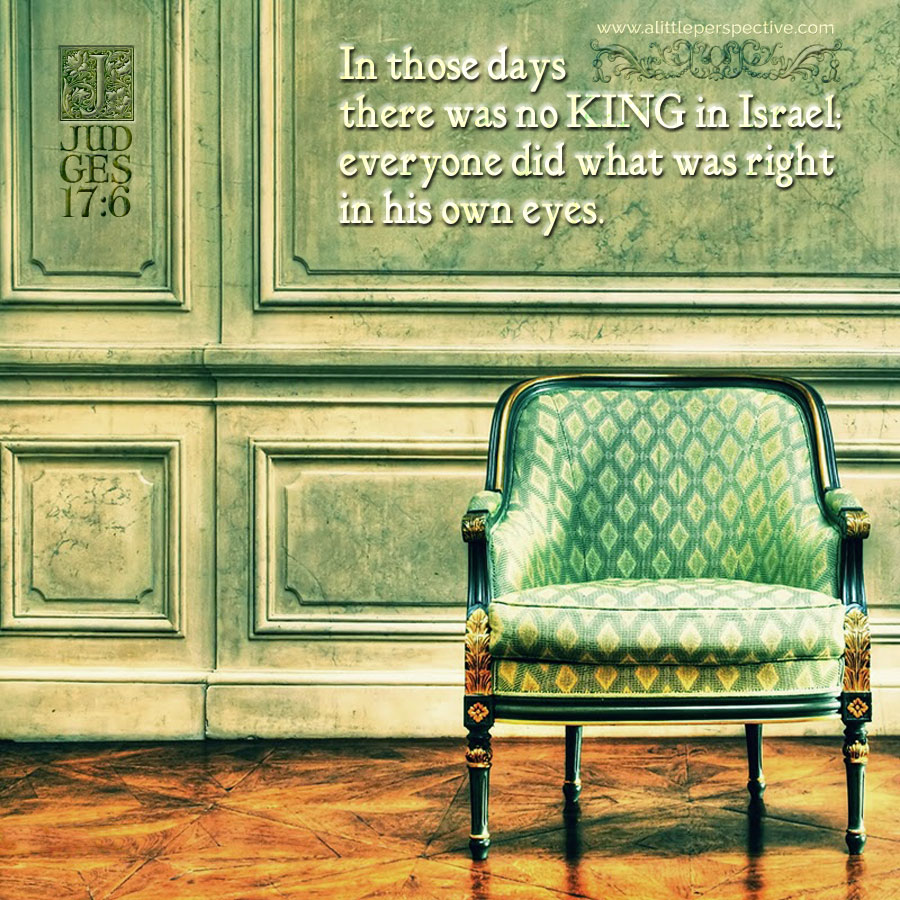 Jud 18:1 {p} There was no king in Israel + the Danites were seeking an inheritance to dwell in
Jud 18:2-6 {p} Five spies of Dan came upon the house of Micah and lodged there
Jud 18:7-31 {p} They spied out Laish + stole Micah’s images and priest + took Laish and dwelt there
Jud 19:1-30 {p} The Levite and his concubine abused by the men of Gibeah of Benjamin

Samson was the last judge in Israel which is recorded in the book of Judges. The rest of the book, from Jud 17-21, tells the history of two extraordinary events which took place in Israel, when Phinehas, the son of Eleazar, the son of Aaron, was high priest before the ark of covenant in Shiloh (Jud 20:28). We are not told when these events took place, but we assume that they might have been when there was no judge in Israel, because of the lawlessness of these two events, which might be called, The Tale of Two Levites. The beginning of the history of Micah and his household idols brings out an important detail:

In those days there was no king in Israel; everyone did what was right in his own eyes. Jud 17:6

The chiastic structure for chapter 18 opens and closes with the same observation:

1b) Jud 18:1b {p} The Danites were seeking an inheritance to dwell in, for it had not fallen to them;

central axis) Jud 18:7-10, Spies spied out Laish/ its favorable position/ returned with a good report to their brethren;

1a) Jud 18:11, 600 men of Dan went from Zorah + Eshtaol, armed with weapons of war;
1b) Jud 18:12-13, They journeyed through Judah to the mountains of Ephraim, and came to the house of Micah;
central axis) Jud 18:14, Then the five men who had gone to spy out the country of Laish answered and said to their brethren, “Do you know that there are in these houses an ephod, household idols, a carved image, and a molded image? Now therefore, consider what you should do.”
2b) Jud 18:15, They turned aside and came to the house of Micah, and greeted him;
2a) Jud 18:16, 600 men of Dan armed with their weapons of war stood by the entrance of the gate.

And in the history of these two events, we see nearly every commandment of the Ten Commandments, which was to characterize set- apart Israel, broken, even to a point- for- point repeat of the wickedness of Sodom and Gomorrah related in Gen 19!

But the writer of Judges spoke truly: in those days, there was no king in Israel. Not even the LORD God was their king, as Gideon admonished them to consider Him (Jud 8:22-23). A king holds the authority of his kingdom. He is crowned on the throne, the seat of his authority. He holds the scepter of the kingdom, the rod of the authority of the kingdom. So it is his word which is his subjects’ command. Because he is king, it is his right to command and be obeyed, Amen?

But because Israel flaunted the commandments of the LORD, they did not have the LORD for their king. And when they dethroned the LORD as king, we see depravity, evil, wickedness, and Law-lessness quickly grow up and become established, to the hurt of everyone!

Church, what have we done, in following the example of Judges, by dethroning YHVH as our King, rejecting His Law, and claiming Him only as Savior? Every man does what is right in his own eyes, whether it is right or not! This sad state not only characterizes our culture, but it has invaded the Church and characterizes the Church! May You bring the spirit of repentance upon Your people, O YHVH, and may we serve You as King once again, I ask in the name of Messiah Yeshua!