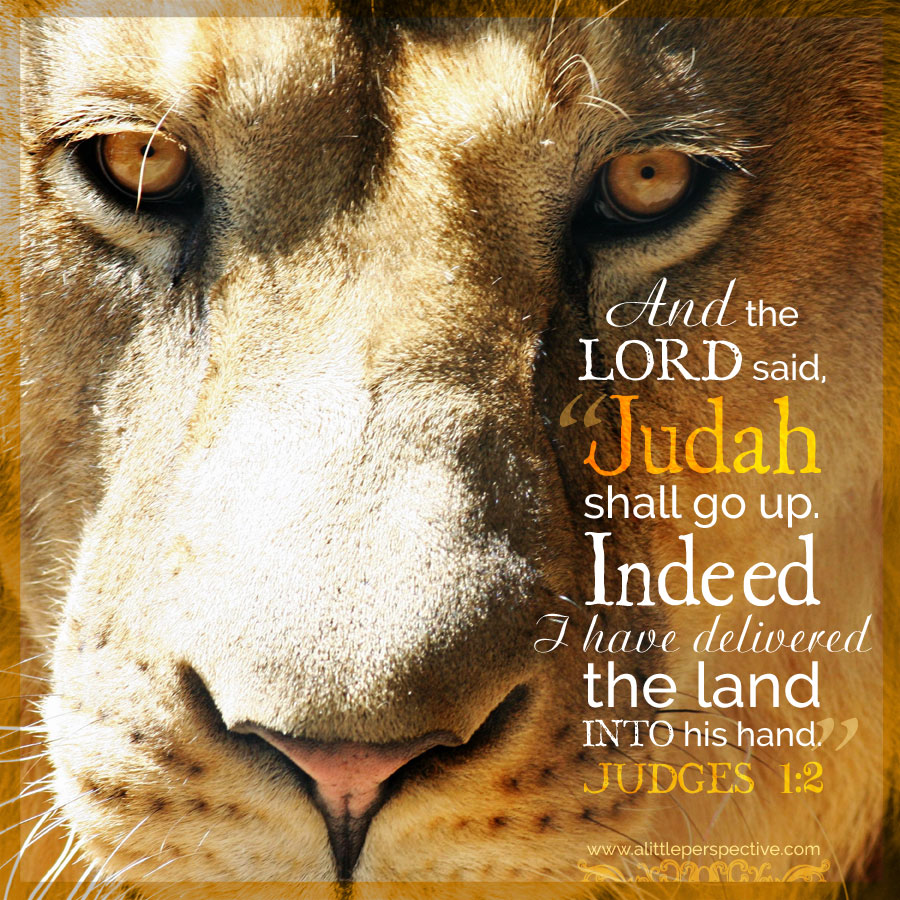 Read Judges 1 and 2 at Bible Gateway.

The strong theme in today’s chapters:

The narrative of Judges opens with the two tribes, Judah and Joseph (Ephraim and Manasseh) who successfully and actively sought to drive the Canaanites out of their territory. Judah received the birthright of the firstborn, and he is leading the other tribes by his example of courage, to go up and defeat the Canaanites, for the LORD is will be with you. (Today Judah has returned to the Land first, in advance of the other dispersed tribes, and must throw off the narrative of political correctness and possess his land, for the LORD will be with him.) But the rest of the tribes got complacent after Joshua’s death, and ceased trying to drive the Canaanites out, despite Moses’ warning, and despite Joshua’s warning.

Then something curious happened. Here is the chiastic structure:

1a) Jud 2:6-7, Israel possessed the land + served the LORD in the generation who had seen the LORD’s great works;

1b) Jud 2:8, Joshua the servant of the Lord, died when he was one hundred and ten years old;

central axis) Jud 2:9, “And they buried him within the border of his inheritance at Timnath Heres, in the mountains of Ephraim, on the north side of Mount Gaash;”

2b) Jud 2:10a, When all that generation had been gathered to their fathers;

2a) Jud 2:10b {p} Another generation arose who did not know the LORD nor His works.

How could such a thing happen? How could the children not know what the LORD did for the fathers? If the fathers did not do as the LORD instructed in Deu 6:21, to teach the children His word diligently, then they would not know. If the fathers were not careful to celebrate the LORD’s feasts, each one with its specific memorials of the LORD’s great works that He did among Israel, then the children would not know. In other words, the generation of the fathers served the LORD, except in that which He commanded them to do with their children, and as a result, the culture and worldview of the parents was not passed down to become the culture and worldview of the children. These things were written for our instruction, parents (1 Cor 10:11)!