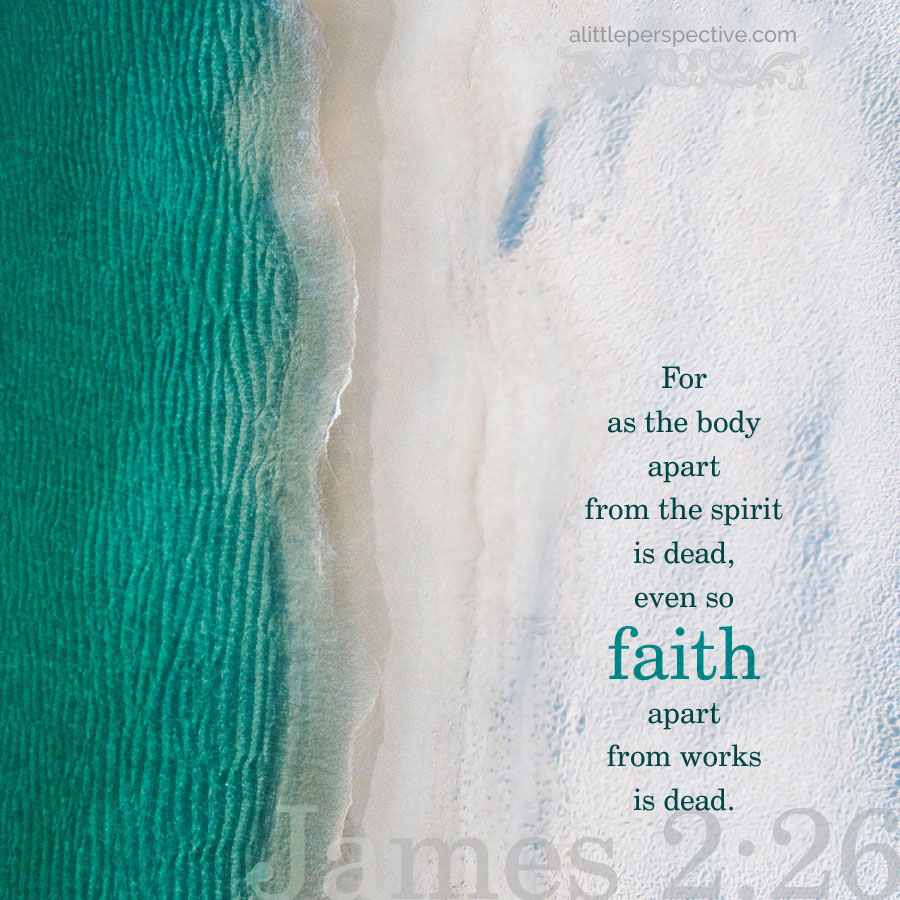 When James asks the question, “Can faith save him?” he is seeming to contradict everything we have read in Paul’s epistles, that by works of the Law no man is saved, but only by grace through faith. Now we know that they are not really contradicting each other, because the first rule of logic, is that Truth Does Not Contradict. So we have to investigate and see how they are in harmony with the truth.

James is addressing a specific idea or heresy in the church, which is: I believe in God, therefore I am saved, and since the works of my life cannot save me, then I can lie, cheat, steal, and live a reprobate life. This heresy actually has been strongly rooted in modern American Christianity. However, James is saying, someone can make a mental affirmation of a truth, but, as in the case of the demons who also know that God exists, if that mental affirmation has not taken root in the heart so as to produce a corresponding change in nature evidenced by the good fruit now borne by the life, then salvation, which produces that change, has not occurred.

James is asking the question: Can faith be shown to be faith without works? And answering it, No.

Paul does not contradict him:

Therefore it is already altogether a defect in you, that you have lawsuits one with another. Why not rather be wronged? Why not rather be defrauded? No, but you yourselves do wrong, and defraud, and that against your brothers. Or don’t you know that the unrighteous will not inherit God’s Kingdom? Don’t be deceived. Neither the sexually immoral, nor idolaters, nor adulterers, nor male prostitutes, nor homosexuals, nor thieves, nor covetous, nor drunkards, nor slanderers, nor extortionists, will inherit God’s Kingdom. 1 Cor 6:7-10

The Corinthians were making the same argument to Paul: “But, all things are now lawful for me since by the works of the Law no man is saved!”

More importantly, they are merely echoing the teaching of Yeshua:

“Not everyone who says to me, ‘Lord, Lord,’ will enter into the Kingdom of Heaven; but he who does the will of my Father who is in heaven. Many will tell me in that day, ‘Lord, Lord, didn’t we prophesy in your name, in your name cast out demons, and in your name do many mighty works?’ Then I will tell them, ‘I never knew you. Depart from me, you who work iniquity.’” Mat 7:21-23

So the biblical principle is not faith vs. works, as if they were opposites, but faith AND works, for faith in the heart produces works which align with the Father’s will in the life. It is not only faith, the heresy that James was addressing, nor only works, or obedience to the Law, the heresy that Paul was addressing. But one flows from the other, and neither are in isolation.