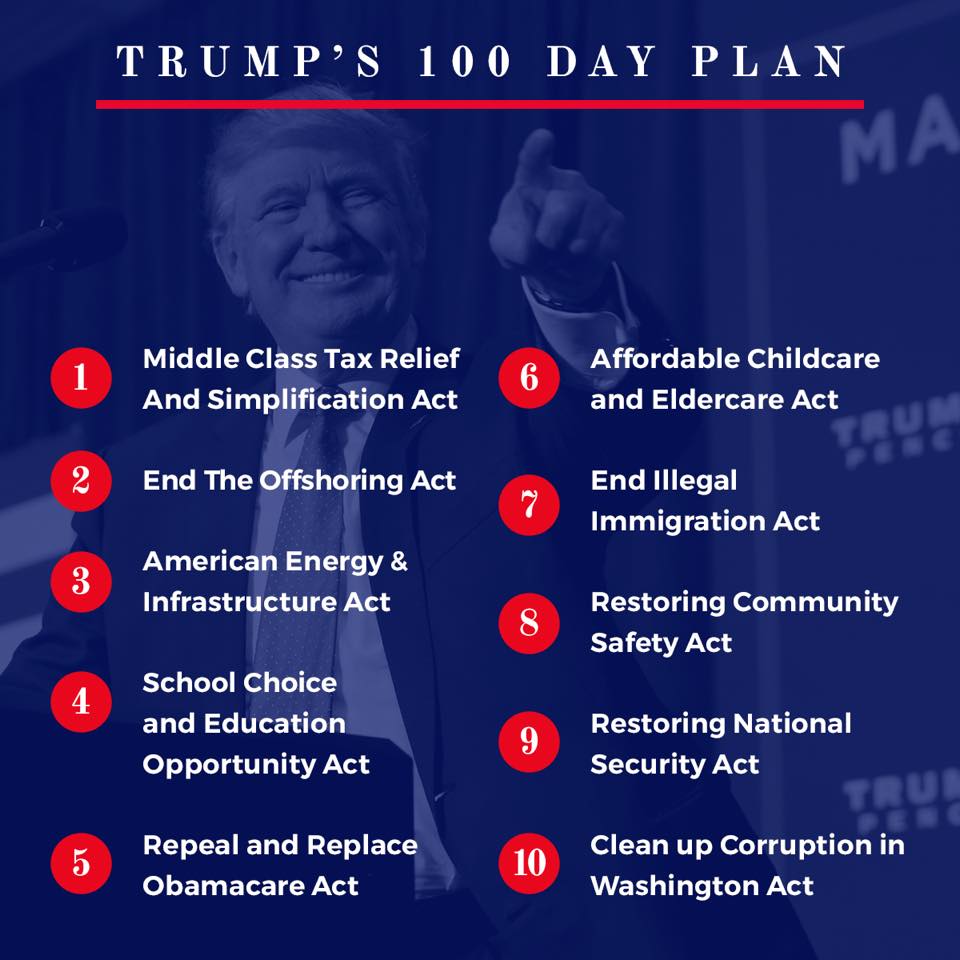 Now that we have the accusations out of the way so that we can focus on the issues (by the way, the FBI just reopened their investigation of Mrs. Clinton. Well, an FBI investigation is not on the same level as tabloid journalism or gossip by Democratic operatives. It is a law enforcement investigation, which ratchets the bar up quite a bit higher. Still, simply being investigated is not proof of guilt. So we won’t assume guilt for either side but instead focus on policy.)

The biblical responsibility of government is in two spheres:

In a country as large as the United States, it is also legitimate for the federal government to take a share of responsibility for infrastructure, especially that which affects more than one state (such as interstate highways or dams like the Hoover Dam).

Defense. Peace through strength. Pro defense with a common sense plan to upgrade and fully fund all branches of American military by eliminating redundant bureaucracy and wasteful spending at the DOD. Not isolationist but not a war hawk; pro military readiness but use the military in its constitutional capacity for American defense, not a global police force. BIBLICAL? check.

Upholding the Law (Restraining Lawlessness). Defend the rule of law: return to founding principles that no one is above the law. Protect our Constitutional liberties. Appoint justices who uphold the Constitution and the rule of law. Support local police and restore their legitimacy.

An important corollary to this position, is what about current law that violates God’s Law? Mr. Trump is the only candidate who has publicly stated his intention to work with the Supreme Court and Congress to overturn Roe v. Wade and return the power of deciding this question to the states, the first step in restoring the right to life enshrined in the Scriptures (Exo 20:13). BIBLICAL? check.

Immigration. Biblically, no nation is obligated to accept strangers within their borders who have no intention to assimilate. Quite the opposite, the nation was commanded to post the words of the Law at the entrance to the country (Deu 27:1-8), and at the entrance to each city and to each home (Deu 6:9), as if to say, this Law applies to all who enter here. So the Torah principle is acceptance and inclusion of all strangers who desire to assimilate (Exo 12:49), and separation from all strangers who will not assimilate or who desire to transform the culture from the biblical standard (Deu 27:28). Mr. Trump’s position to build the wall so that illegal entering becomes difficult is biblical. Really, his position does not establish new immigration law but merely returns to enforcing current immigration law, which is today being ignored by the current administration, sanctuary cities, and the like. Upholding the Law is one of the primary concerns of biblical government. BIBLICAL? check.

Economy. Create jobs and grow the economy by reducing taxes, reducing unnecessary regulation on business, and stimulating American energy production. Mr. Trump is a capitalist, and capitalism is the biblical economic system. Socialism or communism violates the commandment, Do not steal (Exo 20:15). BIBLICAL? check.

Education. Return control of education funding to states, promoting free market school choice for parents, whether it is public, private, charter, or home school. This step in the right direction of restoring parental control of children’s education conforms with the biblical mandate of parents to be their children’s primary educators (Deu 6:6-7). BIBLICAL? check.

Healthcare. Mr. Trump’s vision for Healthcare is consistent with his vision for the economy and education: return power to the local level and increase freedom of choice for patients. Less federal regulation and greater free market choice reduces costs and increases quality as venues must compete for patients instead of have their patronage guaranteed. Any system which returns lawful power to individuals is consistent with biblical principles (Exo 1-12, Deu 23:15-16). BIBLICAL? check.

Social Services. Biblically the government would not be inserted in social services, as that is outside its God-given mandate. Biblically social services are to be provided at the local level, in a cooperation between individuals and the Levites (or church, see the many admonitions to the individual throughout Torah to not neglect Levites, widows, orphans, the poor, or strangers). But our country has been off the biblical track on this issue for so long it is not going to be righted overnight, as so many are dependent upon federal social security and social services of various kinds. Mr. Trump does not have social services policy changes listed for his goals for America, so I am assuming he will be concentrating on restoring other vital issues facing our nation first. BIBLICAL? unknown.

The crowd of Never Trumpers who reject Mr. Trump as a candidate certainly have a right to do so, but to base their rejection on biblical standards is misguided and inaccurate. Mr. Trump is more aligned with biblical, Torah-policy positions than any candidate we have had available in several decades.

I for one am proud to cast my vote for Donald J. Trump for President on November 8!