You are here: Home / Perspective / america and nation / what’s really sad is collusion and manipulation 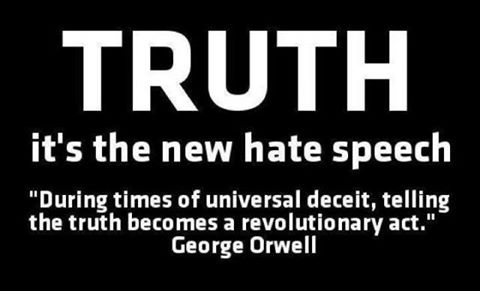 Hopefully this will be my last article before the November 8 election. We’ll see.

I have continued to get questions, since I concluded The Torah Case for Trump series, about how I can support such a “disgusting” person. The reason for the disgust all stems from this allegation:

First, the case was filed in June 2016, after Trump became the defacto nominee for his party via the primaries. That is the obvious first red flag that the accusation is politically motivated rather than having any basis in reality. As has been said before, the accuser could have handily won a case supported by facts and evidence against Trump before he threw his hat in the presidential ring, and come away with a multi-million dollar settlement against the billionaire, had there been any facts there. As has been said before, accusations without proof work, because the media runs with them in order to shape public opinion. It is wrong, but tabloid sensationalism sells, especially for a fluff site like the Huffington Post.

“Lawsuits accusing Donald Trump of sexually assaulting a child in the 1990s appear to have been orchestrated by an eccentric anti-Trump campaigner with a record of making outlandish claims about celebrities. Norm Lubow, a former producer on the Jerry Springer TV show, has previously been involved with disputed allegations that OJ Simpson bought illegal drugs on the day Simpson’s wife was murdered, and that Kurt Cobain’s widow had the Nirvana frontman killed.” UK Guardian

The Guardian, of all people. No one can accuse them of being an apologist for the right. And did you notice that the case originated with a former producer of the Jerry Springer show? Jerry Springer, really? No wonder the mainstream media isn’t touching this with a ten foot pole. Don’t you think if this had legs (as in, real facts and evidence) this is all we would be hearing about from everybody?

“There’s more. The Open Society Institute is one of several foundations funding the Investigative News Network (INN), a collaboration of 32 non-profit news organizations producing what they claim is “non-partisan investigative news.” The James L. Knight Foundation also backs the network and is possibly the most-well-known journalism foundation. Knight President and CEO Alberto Ibargüen is on the board of directors for ProPublica. INN includes the Investigative Reporting Workshop at American University, the liberal web start-up MinnPost, National Institute for Computer-Assisted Reporting, National Public Radio, and the Wisconsin Center for Investigative Journalism. The network had included the liberal Huffington Post investigative operation among its grants, but HuffPo investigations merged with the possibly even more left-wing Center for Public Integrity, on whose board Arianna Huffington sits.” – Media Research Center

The Open Society Institute is a well-known George Soros organized and funded operation. If you recognize the name, “George Soros,” it’s because he has sunk millions into Clinton’s campaign through various public policy concerns (recently revealed to be illegally working with the Democratic National Committee on behalf of Clinton, against Bernie Sanders and against Trump) and through the Clinton Foundation, which, by the way, is currently being investigated by no less than five field offices of the FBI for a web of criminal activity.

Go to HuffPo to find out eight happiness secrets only cat owners know. But let’s leave the investigative journalism to the grownups, shall we?