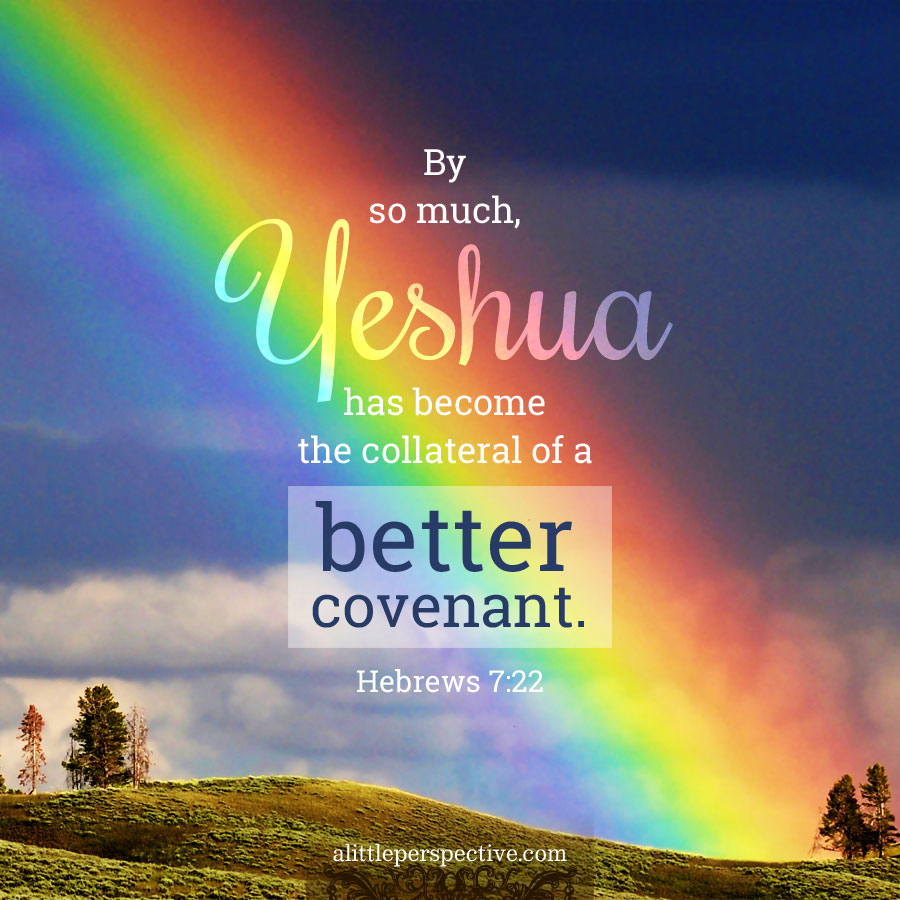 1a) Heb 7:11a, If perfection were through the Levitical priesthood (for under it the people received the law);

1b) Heb 7:11b-16a, The priesthood changed according to the order of Melchizedek, not Aaron;

1a) Heb 7:11b, What further need was there that another priest should rise according to the order of Melchizedek,
and not be called according to the order of Aaron?
1b) Heb 7:12, For the priesthood being changed, of necessity there is also a change of the law;
1c) Heb 7:13, For He of whom these things are spoken belongs to another tribe,
central axis) Heb 7:13b, From which no man has officiated at the altar;
2c) Heb 7:14a, For it is evident that our Lord arose from Judah;
2b) Heb 7:14b, Of which tribe Moses spoke nothing concerning priesthood;
2a) Heb 7:15-16a, And it is yet far more evident if, in the likeness of Melchizedek, there arises another priest who has come, not according to the law of a fleshly commandment;

1d) Heb 7:17, For He testifies:“You are a priest forever according to the order of Melchizedek;”

1e) Heb 7:18 On the one hand the former commandment annulled because of its weakness + unprofitableness;

central axis) Heb 7:19a, For the law made nothing perfect;

2e) Heb 7:19b, On the other hand the bringing in of a better hope, through which we draw near to God;

2d) Heb 7:20-21, He was not made priest without an oath (for they have become priests without an oath, but He with an oath by Him who said to Him: “The Lord has sworn and will not relent, ‘You are a priest forever according to the order of Melchizedek’”);

2c) Heb 7:22, By so much more Jesus has become a surety of a better covenant;

2b) Heb 7:23-28a, His High Priesthood, an unchangeable priesthood, unlike the order of Aaron;

1a) Heb 7:23, Also there were many priests, because they were prevented by death from continuing;
1b) Heb 7:24-25, But He, because He continues forever, has an unchangeable priesthood/ Therefore He is also able to save to the uttermost those who come to God through Him, since He always lives to make intercession for them;
central axis) Heb 7:26, For such a High Priest was fitting for us, who is holy, harmless, undefiled, separate from sinners, and has become higher than the heavens;
2b) Heb 7:27, Who does not need daily, as those high priests, to offer up sacrifices, first for His own sins and then for the people’s, for this He did once for all when He offered up Himself;
2a) Heb 7:28a, For the Law appoints as high priests men who have weakness;

2a) Heb 7:28b, But the word of the oath, which came after the Law, appoints the Son who has been perfected forever.

With Jesus as our High Priest, we have a better hope, and are living in a better covenant. It is not that the “old” covenant has passed away – Paul taught us that a covenant enacted later cannot nullify a covenant which was ratified earlier (Gal 3:17). But these are the better practices of our better covenant:

We see that the principles the Law teaches have not changed: sacrifice must still be made for sin, and the Law must still motivate a man to live righteously. But the way those principles are practiced has changed.