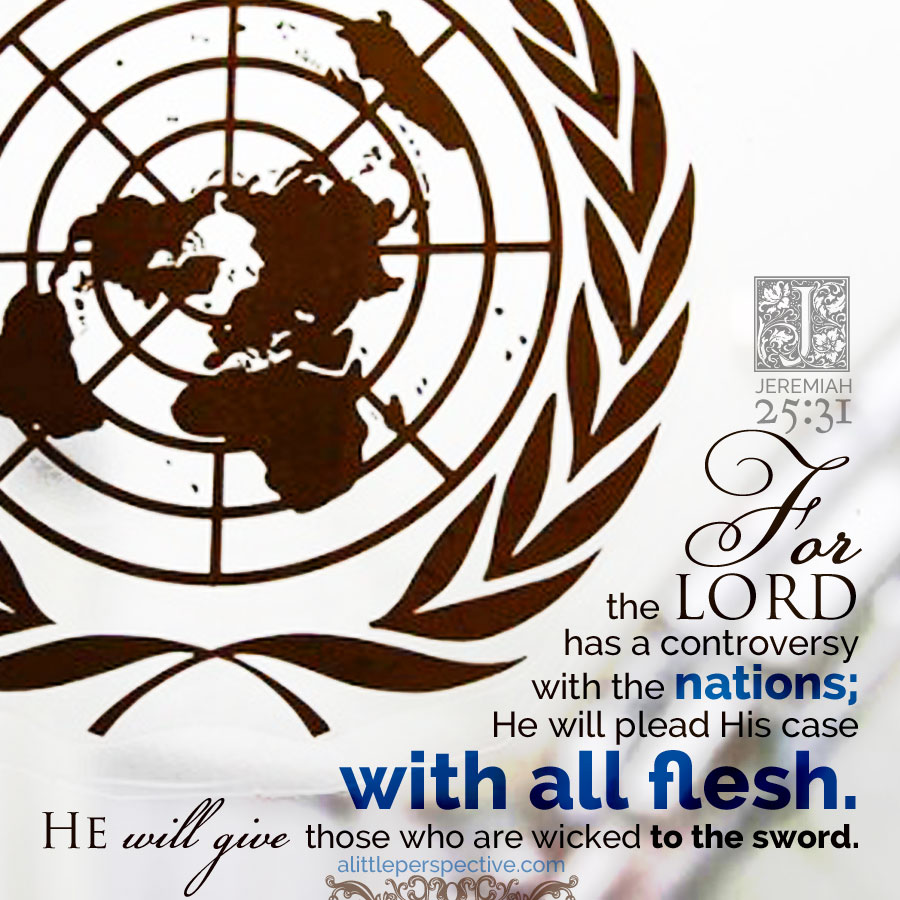 Jer 26:1-6 {p} YHVH sent Jeremiah to prophesy His word in the court of the Temple, so that He may relent of calamity
Jer 26:7-10 {s} Priests, prophets, people seized Jeremiah to put him to death/ princes of Judah sat to render judgment
Jer 26:11-15 {s} The priests’ accusation + Jeremiah’s defense, before the princes of Judah
Jer 26:16-24 {p} The people + elders spoke in defense of Jeremiah/ his acquittal

1a) Jer 26:7-11, The priests, prophets + people demand Jeremiah’s death because of the word he spoke;

1a) Jer 26:7-9a, So the priests and the prophets and all the people heard Jeremiah speaking these words in the house of the Lord. Now it happened, when Jeremiah had made an end of speaking all that the Lord had commanded him to speak to all the people, that the priests and the prophets and all the people seized him, saying, “You will surely die! Why have you prophesied in the name of the Lord, saying, ‘This house shall be like Shiloh, and this city shall be desolate, without an inhabitant’?”
1b) Jer 26:9b, And all the people were gathered against Jeremiah;
1c) Jer 26:9c, In the house of the Lord;
central axis) Jer 26:10a, When the princes of Judah heard these things, they came up from the king’s house;
2c) Jer 26:10b, To the house of the Lord;
2b) Jer 26:10c {s} And sat down in the entry of the New Gate of the Lord’s house (to hear the case against him);
2a) Jer 26:11, Priests + prophets to the princes + people: This man deserves to die! For he has prophesied against this city, as you have heard with your ears;

1b) Jer 26:12, Jeremiah’s defense: The Lord sent me to prophesy against this house + city with all the words that you have heard;

central axis) Jer 26:13-15a, “Now therefore, amend your ways and your doings, and obey the voice of the Lord your God; then the Lord will relent concerning the doom that He has pronounced against you. As for me, here I am, in your hand; do with me as seems good and proper to you. But know for certain that if you put me to death, you will surely bring innocent blood on yourselves, on this city, and on its inhabitants;”

1a) Jer 26:16, Princes + people said to priests + prophets: This man does not deserve to die, for he has spoken to us in the name of the Lord our God;
1b) Jer 26:17-19a, The elders relate the example of King Hezekiah, who did not put the prophet Micah to death but instead feared the Lord;
1c) Jer 26:19b, And the Lord relented concerning the doom which He had pronounced against them;
2c) Jer 26:19c, But we are doing great evil against ourselves;
2b) Jer 26:20-23, The history of King Jehoiakim, who put the prophet Urijah to death and did not fear the Lord;

1a) Jer 26:20-21a, The prophet Urijah, who prophesied as Jeremiah/ King Jehoiakim sought to put him to death;
1b) Jer 26:21b, But when Urijah heard it, he was afraid and fled, and went to Egypt;
central axis) Jer 26:22, Then Jehoiakim the king sent men to Egypt;
2b) Jer 26:23a, And they brought Urijah from Egypt;
2a) Jer 26:23b, Brought Urijah to Jehoiakim who killed him + cast his body into the graves of the common people;

2a) Jer 26:24 {p} Nevertheless the hand of Ahikam the son of Shaphan was with Jeremiah, so that they should not give him into the hand of the people to put him to death.

When nations and people choose to ignore the LORD’s voice and discard His commandments, it hurts them. It does not hurt the LORD, other than the grief it brings to His heart (Gen 6:5-6). But what can we do or do not to diminish Him? He is on His throne, and He reigns, regardless of what nations and people do or do not. Our disobedience or wickedness — for wickedness and sin, by definition, is behavior that transgresses the LORD’s commandments, just as righteousness is behavior that observes the LORD’s commandments; thus disobedience is the definition of wickedness — hurts only ourselves. When we disobey Him, we are seeking evil, curses, decrease, unhappiness, and poverty for ourselves and our neighbors.

As Creator and Owner, the LORD remedies this situation by seeking to restore righteousness to nations and people. Where righteousness increases, wickedness decreases, until the whole lump is leavened and wickedness and death is swallowed up in righteousness and life. He first seeks to restore righteousness by instruction and repentance. That is the easiest way. (See the ancient Hebrew pictograph meaning of shuv, to turn.) The language in Jeremiah’s prophecy today  – that for 23 years he has been sent by the Lord to plead with them to repent, rising early and speaking – echoes the same language in 2 Chr 36 that we read yesterday (2 Chr 36:15). But if nations and people will not heed instruction or repent of wickedness, then He will destroy wickedness and sin wherever it is found.

A noise will come to the ends of the earth—
For the LORD has a controversy with the nations;
He will plead His case with all flesh.
He will give those who are wicked to the sword,’ says the LORD.” Jer 25:31

It is His right as Creator and Owner to dispense with His creation as seems best to Him. And it is best for His creation that wickedness is destroyed, because wickedness, we saw, hurts. Evil victimizes. Everyone who has ears to hear: if you do not desire destruction or the sword to come upon you, the LORD is able to preserve one life even in the midst of the destruction of a nation.

« hebrews 7
the torah case for trump, part two: the testimony of two witnesses »