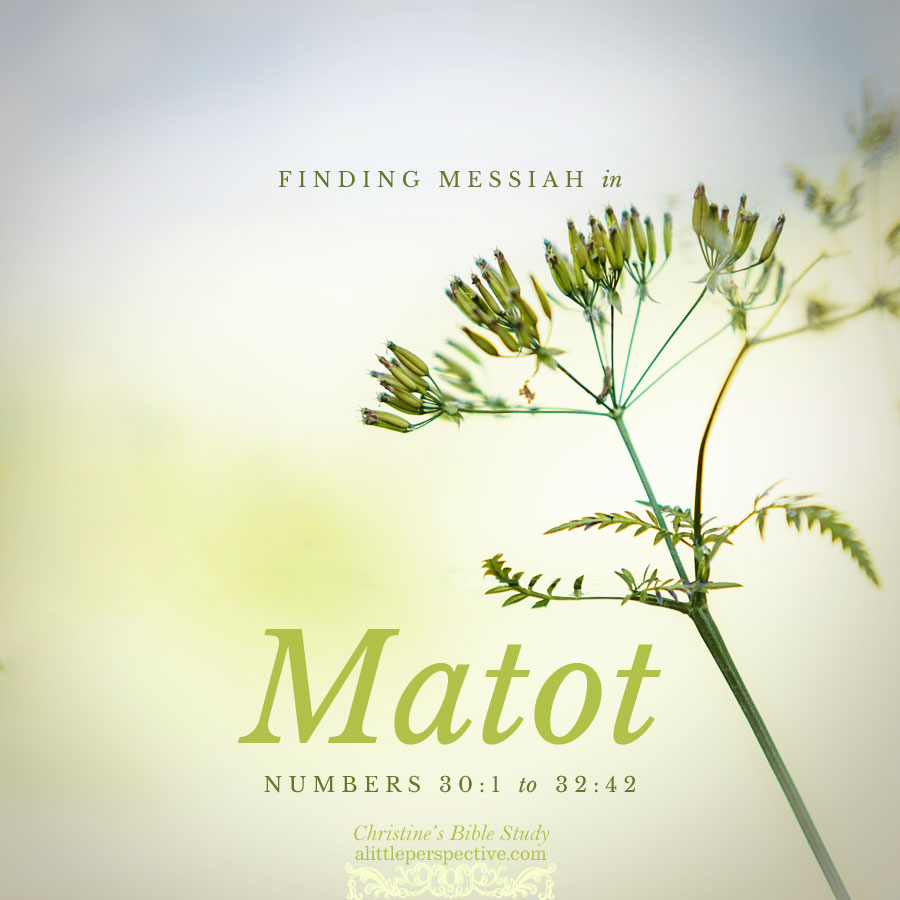 And you remain outside the camp seven days; whoever has killed any person, and whoever has touched any slain, purify both yourselves and your captives on the third day, and on the seventh day. Num 31:19

The third day is the day Messiah rose from the dead with resurrection life, and completely defeated death. Therefore we are cleansed from death on the third day. The seventh day is a reference to the law of the Sabbath, the Gospel of grace preached from Torah. The seventh day is the day of rest from work, just as in the Gospel, we rest in the cleanness Messiah Yeshua has imputed to us, and do not work our own work to earn salvation. Also, the seventh millennium is the millennium of the kingship of Messiah Yeshua, a millennium of rest and cleanness from sin.

The Num 32:1-42 chiastic structure reveals Messiah Yeshua, in the central axis focusing on the children of Israel receiving their inheritance. 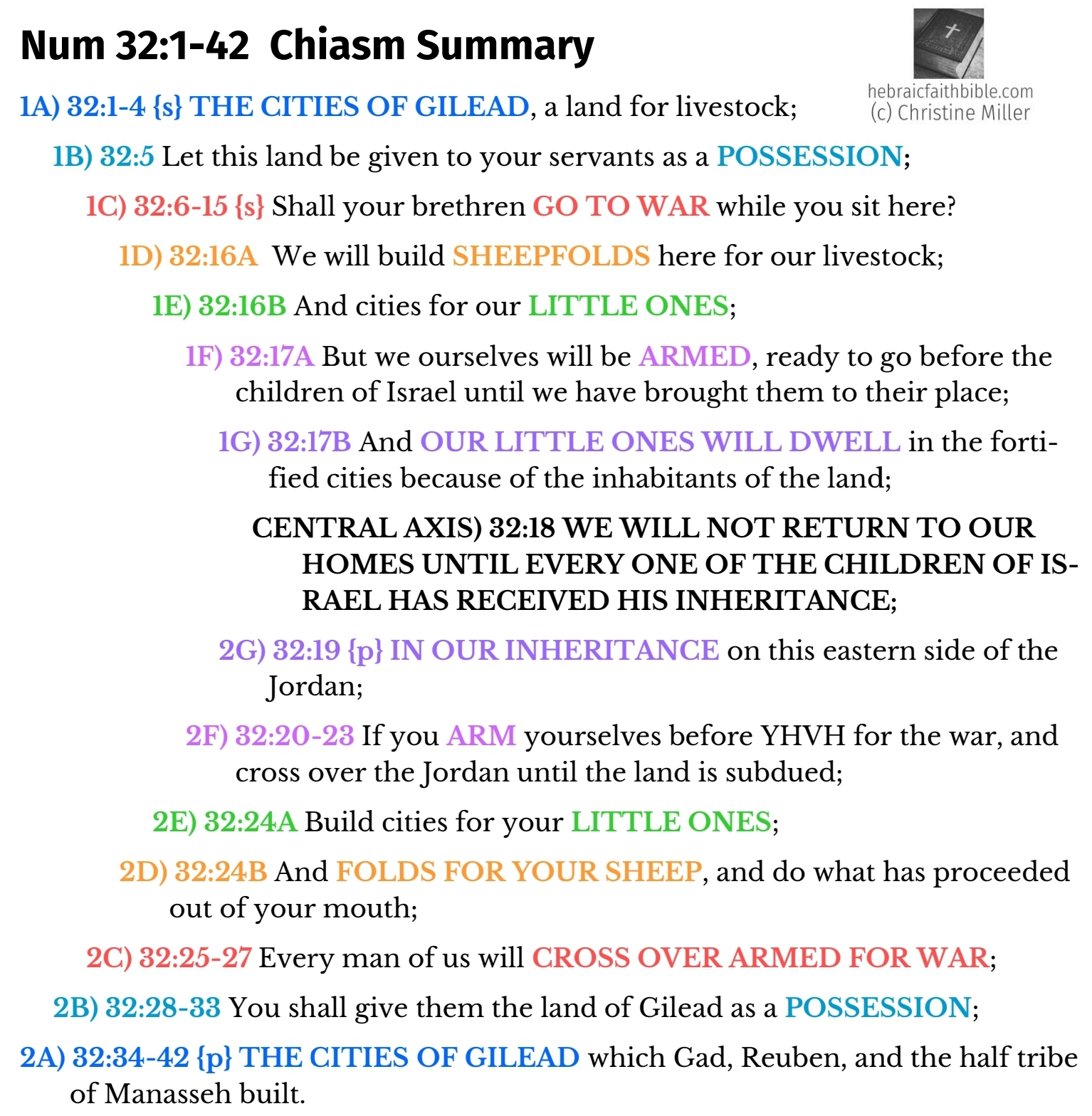 The abstract concept of “inheritance” in the Hebrew is from נחל nachal, Strong’s H5157, a verbal root meaning, “to receive an inheritance.” The pictographs are nun + chet + lamed.

That is, the heir (nun) receives what has been divided (chet) to him by his father (lamed).

YHVH is the Father who first divided to Abram the Land for his inheritance.

And YHVH said unto Abram, after Lot was separated from him, “Lift up now your eyes, and look from the place where you are, northward and southward and eastward and westward; for all the land which you see, to you will I give it, and to your seed for ever. And I will make your seed as the dust of the earth; so that if a man can number the dust of the earth, then shall your seed also be numbered. Arise, walk through the land in its length and in its breadth; for I will give it unto you.”  Gen 13:14-17

The Greek for “world” is kosmos, the orderly arrangement of the host of heaven. The translators of the Septuagint used kosmos to translate the Hebrew צבא tsawba, meaning host (of heaven).

Thus the heavens and the earth were finished, and all the host of them. Gen 2:1

Abraham was not only promised the Land, but heaven and earth! It was that promise which Yeshua, the Promised Seed, obtained through inheritance.

God, who at sundry times and in diverse ways spoke in time past unto the fathers by the prophets, has in these last days spoken unto us by His Son, whom He has appointed heir of all things, by whom also He made the worlds; who being the brightness of His glory, and the express image of His person, and upholding all things by the word of His power, when He had by Himself purged our sins, sat down on the right hand of the Majesty on high, being made so much better than the angels, as He has by inheritance obtained a more excellent name than they. Heb 1:1-4

And through Him, the inheritance was given to the children.

And if you are Messiah’s, then you are Abraham’s seed, and heirs according to the promise. Gal 3:29

NUMBERS 30:1-32:42 ANNUAL MATOT “TRIBES” OUTLINE | NUMBERS in CHIASTIC STRUCTURE
FINDING MESSIAH in TORAH: A MESSIANIC DISCOVERY THROUGH the TORAH PORTIONS
THE LAW of LOVE: THE GOSPEL of GRACE REVEALED in the COMMANDMENTS OF GOD