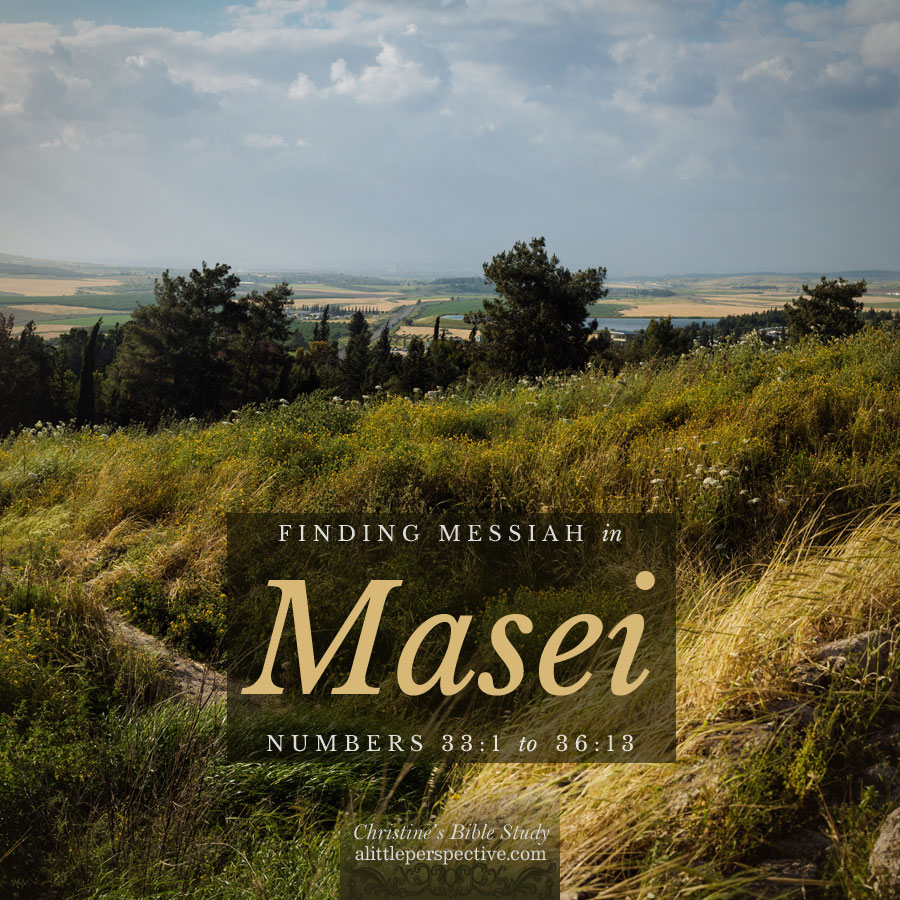 There are forty years of journeys summarized in 49 verses in Num 33. Many events happened during Israel’s journeying, but only the details of a very few of them are recounted in this summary.

They depart Egypt following the Passover (vs. 3). They pass through the midst of the sea into the wilderness, then they journey for three days into the wilderness (vs. 8). In the entire summary, this is the only extent of time recorded from one place to the next —for a reason! When they arrive in the wilderness, they camp at Marah, where the water was bitter, and YHVH turned the bitter water sweet (vs. 8). Then they camp at Elim, where there are twelve springs of water and seventy palm trees (vs. 9).

There were twelve wells of water feeding seventy palm trees at Elim, because the twelve tribes of Israel are the source of blessing which nourish the seventy nations — in other words, all the nations — so that the nations may enter into His rest as well, through Messiah Yeshua. Here is Torah, preaching Messiah and the Gospel of grace through faith again. ♥

Now among the cities which you will give to the Levites you shall appoint six cities of refuge, to which a manslayer may flee. Num 35:6a

“Refuge” is from קלט qalat, Strong’s H7038, a verbal root meaning, “to contract.” The pictographs are quph + lamed + tet.

The cognate words will help us find the parable. Deformity, veil, and lizard are all cognates. It is of something contracted (quph, as light is contracted to the sun when it is on the horizon, becoming smaller than it was, on the verge of disappearing altogether) when bound (lamed) by that which covers, or contains it (tet). A deformity, such as a shortened or contracted limb, is usually covered from view; a veil covers a woman’s hair, making it disappear from view; and a lizard is a hidden animal, using camouflage as a covering to make it disappear from view.

“Refuge,” that is, “asylum,” is from the sense of taking in (quph, normally, a shortening) a refugee within its boundaries (lamed), so that the sin of the manslayer is covered (tet).

Wherein God, willing to show more abundantly unto the heirs of promise, the immutability of His counsel, confirmed it by an oath: that by two immutable things, in which it was impossible for God to lie, we might have a strong consolation, who have fled for refuge to lay hold upon the hope set before us. Heb 6:17-18

The two immutable things confirming God’s promise to Abraham, was first, the truth of His Word, as it is impossible for God to lie. Second, He confirmed His Word with an oath, swearing by Himself, since there was no one greater by which to swear. It is through Messiah that we can flee for refuge, having His grace as a covering, providing a sanctuary for us.

35:9-34 {p} Cities of refuge; distinction between murder and manslaughter
36:1-13 {p} Marriage of the daughters of Zelophehad, so that his inheritance is retained

There are to be three cities of refuge on the west side of the Jordan, and three cities of refuge on the east side of the Jordan. Three is a sign of the Messiah in Torah. A city of refuge is a place to which someone who deserves death because of bloodshed, can flee and escape death. Escape from certain death is also a sign of Messiah in Torah, as He is the Resurrection and the Life. A city of refuge prophesies of Messiah, just as the Tabernacle prophesies of Messiah, and the menorah, and the feast days, and the sacrifices, and the red heifer.

Who is the anointed High Priest of our profession? Messiah Yeshua.

Therefore, holy brethren, partakers of the heavenly calling, consider the Apostle and High Priest of our profession, Messiah Yeshua. Heb 3:1

“Messiah” means “Anointed One.” It is His death which releases all who are guilty, and deserving death because of our guilt, from our deserved consequence. At His death, we are released.

NUMBERS 33:1-36:14 ANNUAL MASEI “JOURNEYS” OUTLINE | NUMBERS in CHIASTIC STRUCTURE
FINDING MESSIAH in TORAH: A MESSIANIC DISCOVERY THROUGH the TORAH PORTIONS
THE LAW of LOVE: THE GOSPEL of GRACE REVEALED in the COMMANDMENTS OF GOD