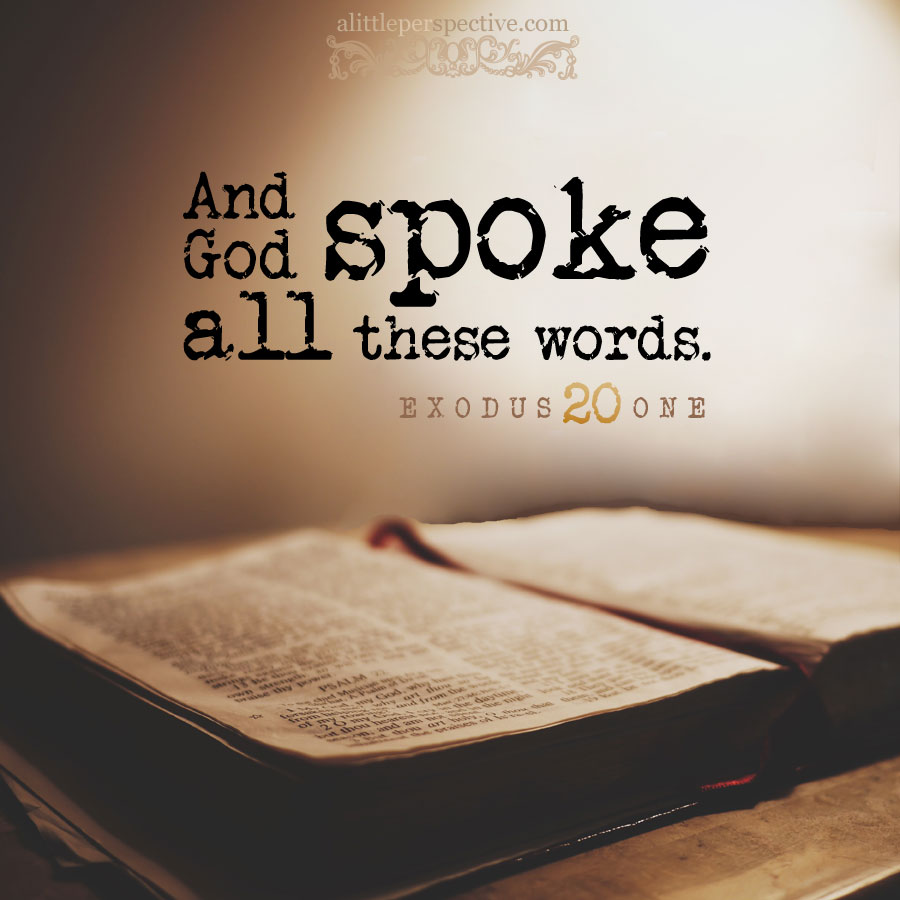 The Ten Commandments are known as the Aseret Hadebarot in Hebrew, The Ten Words. The two tablets Moses received did not contain all the text recorded in Exodus 20. That text is from the Torah scroll which Moses wrote. The Torah scroll of Exodus 20, however, did contain the Ten Words that were on the tablets. According to the rabbis, the Ten Words were:

The Ten Words are all verbs, and I have been investigating their Hebrew root word parables.

Word Two. HAVE BEFORE NOT, Strong’s H6440 פינם paniym, “in the face of,” from the verb panah, “to (not) turn the face toward;” the one we turn our face toward in time of need is the one we worship.

Word Four. REMEMBER. Strong’s H2142 זכר zakar, “to remember the covenant cut, wherein the open palm of blessing was laid on the head.”

Word Five. HONOR. Strong’s H3513 כבד kabad, “a great weight of glory which hangs about someone.”

The story: The man (resh) lying in wait (tsadey, as a man conceals himself when hunting along the trail) to divide (chet) another’s spirit from his body. The Hebrew makes it clear that there is a distinction between premeditation, which the commandment forbids, and capital punishment or defense of self and others, which the commandment does not forbid.

The verb is “to steal;” the concrete noun is “thief;” and the abstract concept is “theft.” Thus, gathering (gimel) the seed (nun) from the house (bet); i.e., to take away that which provides for the family’s material needs. The root of material wealth consists in food for people and livestock, for only when this need is met can a family go on to produce material gain in other areas as craftsmen or tradesmen, for example.

Word Nine. BEAR FALSE WITNESS NOT. Strong’s H5749 עוד uwd, “to (not) repeat what one has seen, sworn at the patriarch’s door,” where all judgment was rendered. False witness is to lie, deal falsely, about what one has seen.

The Ten Commandments index of studies