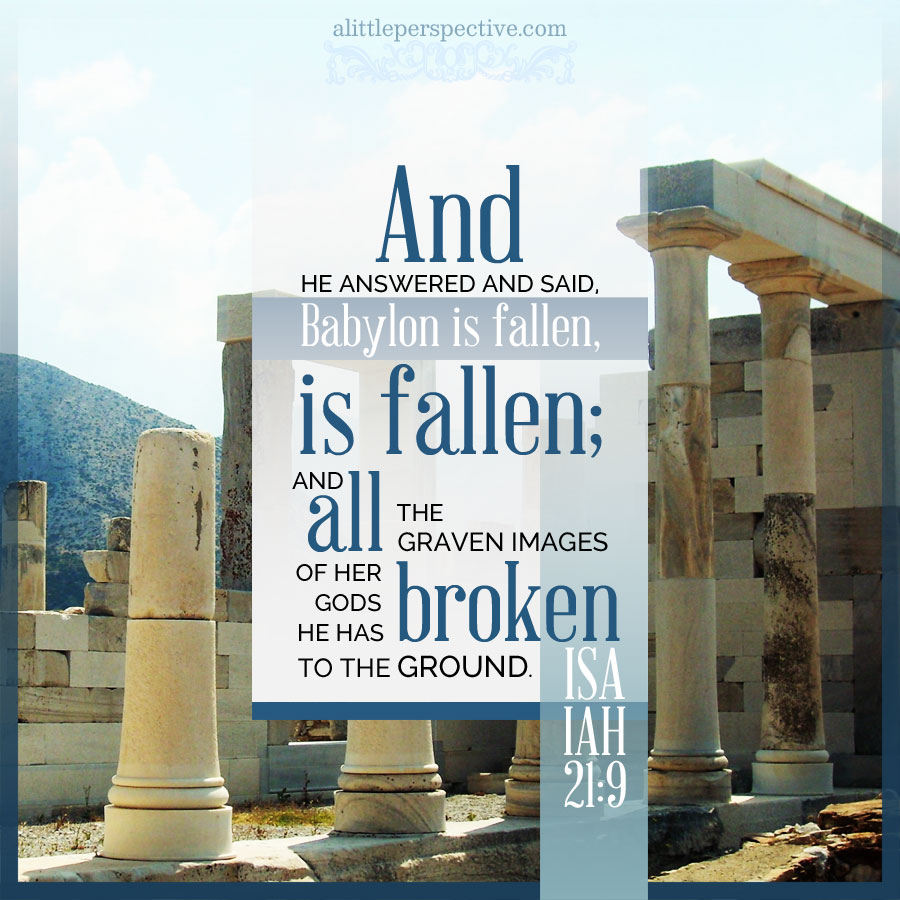 And the beginning of his kingdom was Babel, and Erech, and Accad, and Calneh, in the land of Shinar. Gen 10:10

The story: Within (bet) the confines of the double yoke (lamed + lamed).  The yoke keeps the animal walking in its own path. Notice that there are two lameds, so it is a picture of a double yoke. The two walk together, but the yoke keeps each one in its own path, so that they aren’t encroaching on the other. The positive spin on this verb is of accomplishment (the result of the labor of the oxen). The negative spin is to come to nothing when effort is given. Another aspect of the negative spin on the verb is of flowing, as of water overspreading the land when its banks (its yokes) are removed. The concept of mixing is likewise from the negative spin of not remaining within the confines of the yoke.

I suspect the ancient city of Babel, later Babylon, had a double entendre in its meaning. The negative spin describes Babel, which came to nothing after a great effort. The positive spin describes Babylon (which was located in the same place at a later time) within the confines of the two rivers, its two “yokes,” the Euphrates and the Tigris.