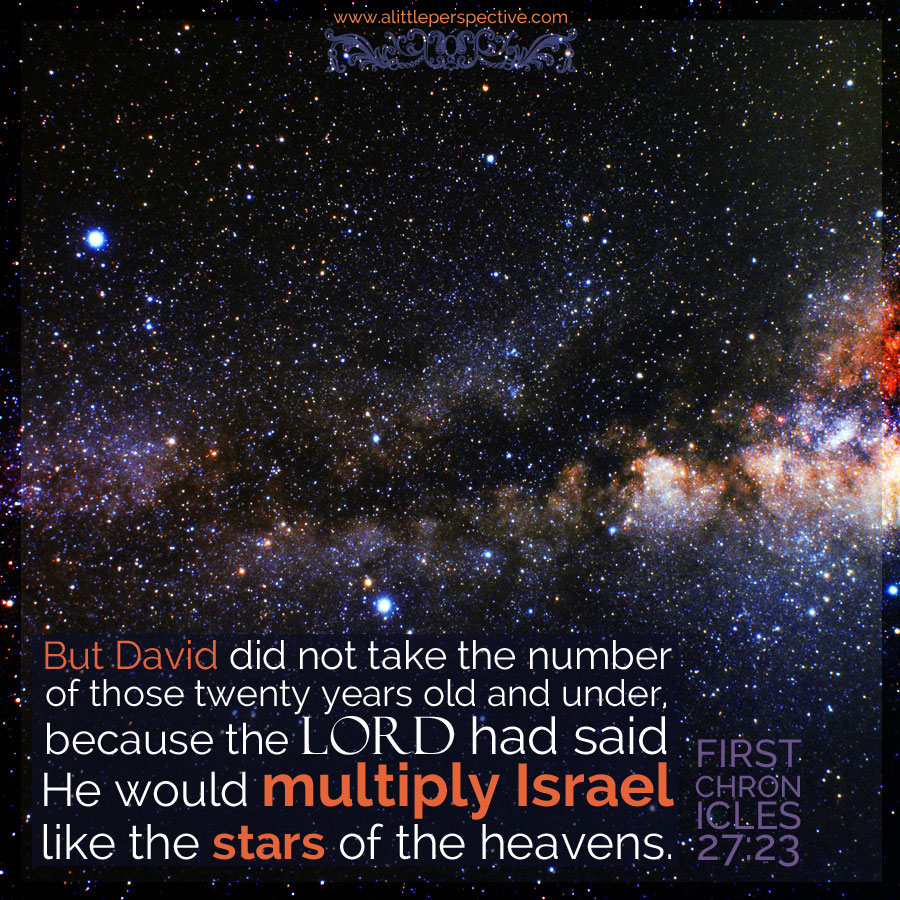 The chiastic structure of these two chapters revealed something amazing this morning! Here it is:

central axis) 1 Chr 27:23b, For YHVH had said He would multiply Israel like the stars of the heavens;

We can see elements which clearly match, force together as matching pairs, elements which do not seem to match. First, the chiefs of the gatekeepers, and the general of the king’s army. One thing I found interesting which comes out in The Hebrew Bible in English, but not in the New King James, is the prevalence in the paragraphs concerning the gatekeepers, of the phrases, “valiant men,” and “mighty men of valor.” This is how David’s mighty men are described! But in Levitical gatekeepers?

The Hebrew word is mishmar, a guard post, a watch post, thus a watchman himself. It is from the primitive root, shamar, Strong’s H8104; to keep, guard, observe, give heed; also to beware.

It is clear from the text, that the gatekeepers/ watchmen guarded the gates on the north, south, east, and west, entrances to Jerusalem, and also the ascending highway: in other words, the road up to Jerusalem, which is situated among the mountains. As Jerusalem was the place of the LORD’s tabernacle, thus the place of His presence, the gatekeepers guarded and kept watch over that which pertained to the LORD.

But here is the key. Chapter 26 is about the chiefs of the Levites over the things pertaining to the LORD, while chapter 27 is about the chiefs of the Israelites over things pertaining to the king. The people of Israel do pertain to the LORD, for they are His, just as the olive groves and vineyards of David pertain to the king, for they are his. Justice and stewardship in civil and military matters is for the LORD, the equivalent of wise stewardship of fields and flocks and herds, for a man. As we regard the maintenance and increase of property, so the LORD regards the maintenance and increase of His people. It is a fearful thing to be found an unjust steward of that which belongs to God (chiefs, officers, rulers, and judges, take note)!