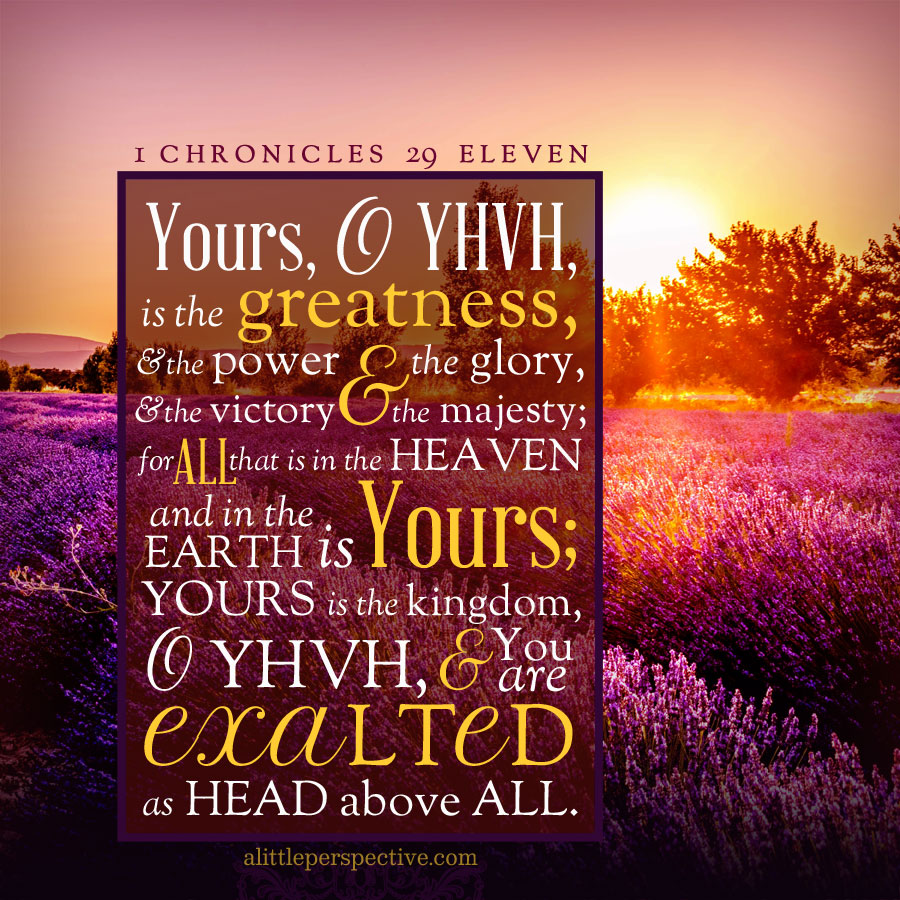 1a) 1 Chr 28:1, David assembled the leaders of the people together at Jerusalem;

1b) 1 Chr 28:2, David made preparations for building the house of God;

1d) 1 Chr 28:4a, The Lord God of Israel chose me above all the house of my father to be king over Israel forever;

1b) 1 Chr 28:7-8, I will establish his kingdom forever if he seeks out My commandments to observe them;

One phrase that was repeated over and over again, in today’s reading, was “with a loyal heart.” Loyal is Strong’s H8003, shalem, meaning, whole, complete, undivided. Its root is Strong’s H7999, shalam, shin + lamed + mem. In the ancient Hebrew pictographs, it is the thorn (for the sin, thorn, had been transposed with the shin in the past, because of their similar sound) + the shepherd’s staff + the water. The shepherd used his staff to draw the sheep out of the thorn bushes if they had gotten their wool caught in them. He took away thorns from them that had been added to them, which hindered them. But he also used his staff to draw thorn bushes around the sheep enclosure at night, to protect his flock from predators. He added thorns to them which were lacking, which were necessary to secure their safety or wholeness. The story the ancient pictographs are telling of shalam, is being made whole or complete, by adding what is necessary that is lacking, and by taking away what is not necessary, that is hindering. Yes, this is the same root for shalom as well, peace or well-being.

The loyal heart, the undivided heart, is the heart which has been wholly circumcised to the LORD God, to love Him and serve Him only, and David understood that obedience to the LORD’s commandments was tied to the state of the heart. A loyal heart, a circumcised heart, will seek out YHVH’s commandments to obey them; a divided heart will find excuses to discard them. If I want to see myself, my household, my community, and my nation grow in obedience to the LORD God, then I need to pray the state of the heart, not the state of obedience!