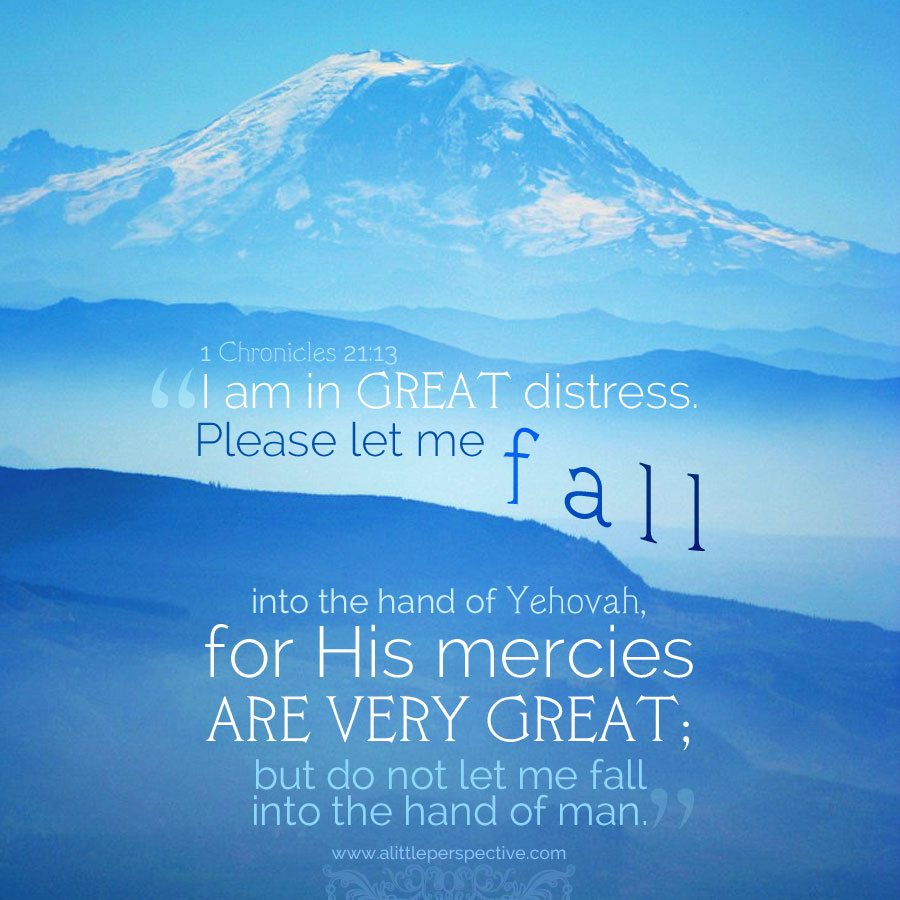 Read 1 Chronicles 19 through 21 at Bible Gateway.

1 Chr 19:1-5 {s} The new king of Ammon shames David’s servants who came to comfort him
1 Chr 19:6-7a {s} They made themselves repulsive to David, and hired out to Syria for war against him
1 Chr 19:7b {s} Also the people of Ammon gathered together from their cities, and came to battle
1 Chr 19:8-12a {s} Joab set the army in battle array / makes provision to be helped if the battle goes against him
1 Chr 19:12b-15 {s} Syrians and Ammonites routed before Joab and Abishai + he returned to Jerusalem
1 Chr 19:16-19 {s} When the Syrians east of the River came to Syria’s aid, David defeated them + they became his servants
1 Chr 20:1-3 {s} Joab overthrew Rabbah the captial of Ammon + took its spoil + made its people servants
1 Chr 20:4-5 {s} Two giants of the Philistines killed by David’s mighty men
1 Chr 20:6-8 {p} A third giant of the Philistines killed by Jonathan the son of Shimea. David’s brother
1 Chr 21:1-7 {s} Satan incited David to number Israel/ it displeased the LORD
1 Chr 21:8 {p} David: I have sinned greatly, but now, take away my iniquity
1 Chr 21:9-12 {s} The LORD offers David the choice between three judgments
1 Chr 21:13-15 {s} Plague of 3 days: the Lord restrained the destroying angel because His mercy is great
1 Chr 21:16-17 {s} David realized that his sin as king caused destructive consequences for the people who did not sin
1 Chr 21:18-26 {s} David erects an altar at the place where the angel stood + YHVH answered David’s sacrifices by fire from heaven upon the altar
1 Chr 21:27-30 {s} The angel stayed + David sacrificed there rather than at the tabernacle of Moses at Gibeon

There are few {p} strong paragraph divisions in these three chapters. I have been meditating on why there is one following David’s request of the LORD, that He take away his iniquity. The whole numbering of Israel incident is curious. David described it as a great sin, and very foolish.

The LORD had told Moses:

Then the Lord spoke to Moses, saying: “When you take the census of the children of Israel for their number, then every man shall give a ransom for himself to the Lord, when you number them, that there may be no plague among them when you number them. This is what everyone among those who are numbered shall give: half a shekel according to the shekel of the sanctuary (a shekel is twenty gerahs). The half-shekel shall be an offering to the Lord. Everyone included among those who are numbered, from twenty years old and above, shall give an offering to the Lord. The rich shall not give more and the poor shall not give less than half a shekel, when you give an offering to the Lord, to make atonement for yourselves. And you shall take the atonement money of the children of Israel, and shall appoint it for the service of the tabernacle of meeting, that it may be a memorial for the children of Israel before the Lord, to make atonement for yourselves.” Exo 30:11-16

When the people are numbered, each man is to give atonement money for himself to the LORD, that there be no plague among them. The atonement money is for the LORD, for the service of the tabernacle. But it was the practice in the ancient world to number the people, so as to asses a tax to be paid to the king. This might have been what David was thinking, and why, when his eyes were opened, he realized it was a great sin, and very foolish. He was already receiving tribute from the nations around Israel that had been defeated! But perhaps a desire for even greater wealth or opulence, like the nations around him, had crept in, because of Satan’s incitement.

Now, why the {p} division is where it is. It highlights David’s prayer for forgiveness. The curious thing, is that this sin follows on the heels of the sin concerning Bathsheba and Uriah. Chronicles does not mention it, but

It happened in the spring of the year, at the time kings go out to battle, that Joab led out the armed forces and ravaged the country of the people of Ammon, and came and besieged Rabbah. But David stayed at Jerusalem. And Joab defeated Rabbah and overthrew it. 1 Chr 20:1

This single verse encompasses all of the history we find in 2 Sam 11-12. The request to number the people follows it (even though it appears in 2 Sam at the end of the book, as if an appendix). So I believe the backstory may be this:

David sinned in the matter of Bathsheba and Uriah. He payed the consequence for that sin. His baby died, and although it had not been exacted yet, three more deaths were coming to his sons as a result (Amnon, Absalom, and Adonijah), to fulfill the fourfold restitution he pronounced upon the man in Nathan’s parable. But the consequences were paid by David and his house alone. The people were not touched (except in the civil war begun by Absalom).

So David admitted his sin, and asked for forgiveness, perhaps not, however, with the deep realization of the gravity and offensiveness of his sin. He might have become so used to the great mercy of God, that he treated sins more lightly than he should have (these things were written for our admonition, upon whom the ends of the ages have come, 1 Cor 10:11!) God, however, obeys His own Torah. When a census is taken among the people, each man shall pay the atonement money for the LORD, for the service of the tabernacle, that there be no plague among them.

I don’t think David realized that he would have to choose between three judgments as a result of his sin, and all three judgments involved a price paid by the people, not only by David. His sin was greater than that of a private citizen, for his sin was an abuse of power sin, thus the consequences suffered affected the whole nation.

When David saw the destroying angel standing between heaven and earth, with his sword drawn, then, I believe, it struck him, the gravity of his sin. His second prayer to the LORD was a sincere heartfelt cry for mercy (1 Chr 21:16-17), something the first prayer, marked off by the strong paragraph division, lacked.

Now Solomon began to build the house of the Lord at Jerusalem on Mount Moriah, where the Lord had appeared to his father David, at the place that David had prepared on the threshing floor of Ornan the Jebusite. 2 Chr 3:1.

At the altar of the LORD, there will be found His mercy, for His mercies are very great!