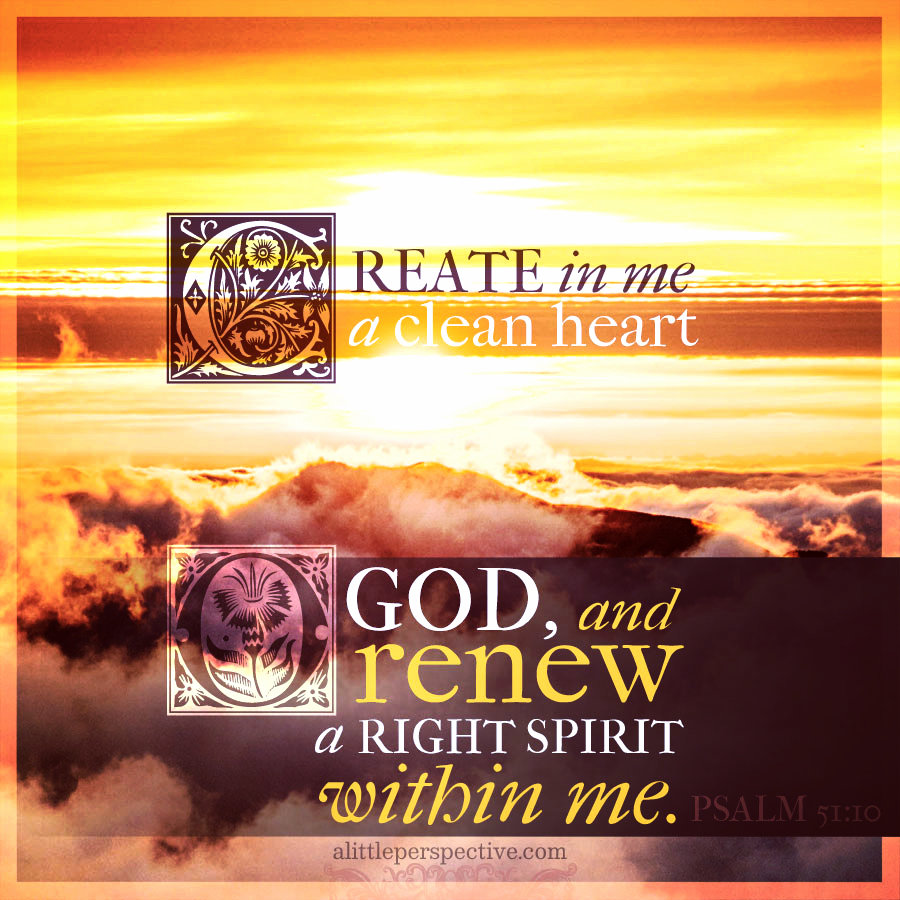 Psa 51 is the psalm of repentance David wrote after confessing his sin against Bathsheba and Uriah (and here).

The thing that I noticed today, though: David is going to suffer severe consequences because of this sin. As king, he pronounced a four-fold judgment of restitution against the rich man, which David will pay, for the murder of Uriah the Hittite. But the Lord forgave his sin, even as severe a sin as this, and when Solomon was born, the Lord told Nathan that he was ‘beloved of Yehovah,’ therefore Nathan called him Jedidiah. What a comfort this must have been to Bathsheba’s heart, after the death of her first son by David. Consequences for sin are a reality (therefore do not transgress the commandment of the Lord!) but God does not hold grudges. Aren’t you glad! ♥