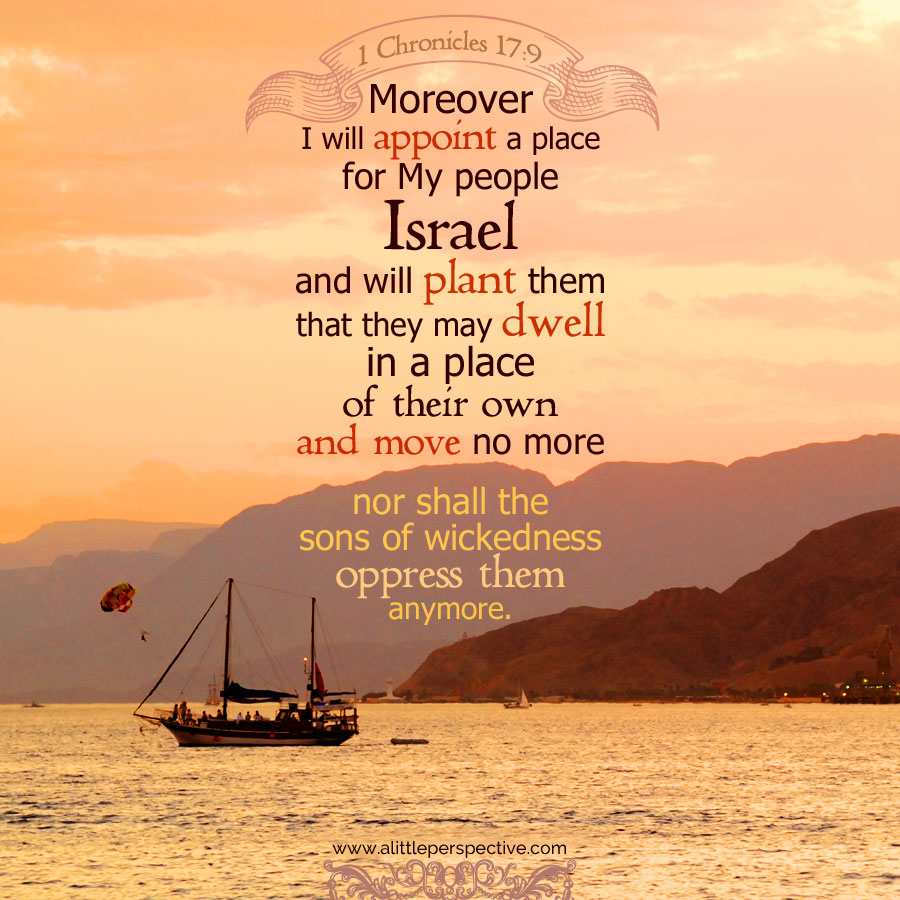 The chiastic structures for the prophecy of the Lord over David’s house, and David’s reply, can be found here.

The LORD did not just establish David’s authority over Israel, but David, whenever he went to war against other peoples around him, defeated them, because the LORD preserved David wherever he went. In the timeline of the Ancient Near East found in All Through the Ages, Israel is listed as the world power from 1100 to 900ish BC, before the rise of Assyria as a conquering nation (even though you will not find Israel listed as a world power in most modern history books), and this is why. Israel under David and Solomon was a great kingdom, whose fame and fear was spread abroad.

David also defeated the Syrians, when a conflict arose between them. Syria was a great nation in ancient days, stretching from the Ammonites’ and Edomites’ and Moabites’ eastern borders, nearly to the Euphrates River. It encompassed modern day Syria, parts of Jordan, and much of Iraq.

There was more than one kingdom of Syria. The capital of one of the kingdoms of Syria was at Damascus, as it is also today. The capital of another kingdom of Syria was at Zobah. No one is certain today where Zobah was in ancient days, but Zobah was a powerful kingdom in ancient days, and is also mentioned in cuneiform tablets and the annals of the Assyrian kings.

David defeated the Syrians of Zobah first, then the Syrians of Damascus when they came to Zobah’s aid. When he received tribute from them, he was in effect reigning from the Mediterranean Sea to the Euphrates River, and so partially fulfilled the promise of God to Abraham:

On the same day the LORD made a covenant with Abram, saying: “To your descendants I have given this land, from the river of Egypt to the great river, the River Euphrates—” Gen 15:18

David  is a type of Messiah in His second coming as reigning king; for when Messiah Yeshua returns, He will completely fulfill this promise, and the borders of Israel will stretch from the Mediterranean to the Euphrates.

Syria has been making war on modern Israel and threatening her borders since Israel became a nation in 1948. But if I were Syria, I would tremble, because prophetically Syria always comes out on the bad end of conflicts between Israel and Syria. In fact, one of the yet to be fulfilled prophecies of Isaiah states:

The burden against Damascus.
“Behold, Damascus will cease from being a city,
And it will be a ruinous heap.
The cities of Aroer are forsaken;
They will be for flocks which lie down, and no one will make them afraid.” Isa 17:1-2

Damascus has never been a ruinous heap, from the day that it was founded to this day. But if it continues to pursue war against Israel, as it will, the word of the LORD will come to pass upon it, and the prophecy of David’s victory over it will be fulfilled in Messiah Yeshua, when He comes to reign in Israel.