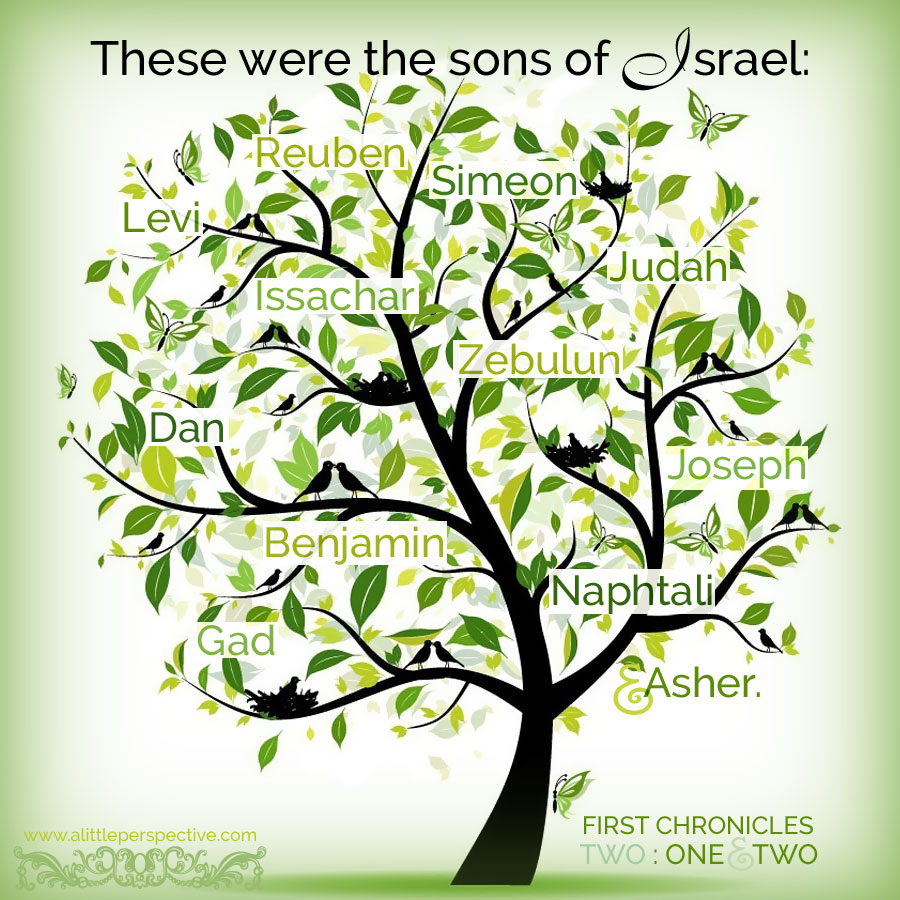 Read 1 Chronicles 1 and 2 at Bible Gateway.

1-2 Chronicles was originally a single work; it’s name in the Greek Septuagint reveals that it is a chronicle or record of things omitted in Samuel and Kings. And while it is true that there are many parallels in Kings and Chronicles, there are many things recorded in Chronicles which are unique to it. It used as sources, Torah, Ruth, Samuel, and Kings, and also, many books which were available then but which are lost to us today (“the book of the kings of Judah and Israel,” 2 Chr 16:11, “the book of Samuel the seer,” 1 Chr 29:29, “the annals of the book of the kings,” 2 Chr 24:27, and so on).

Jewish tradition holds the author to be Ezra, at the time of the return from Babylonian exile (a fact not disputed by serious scholars). The conclusion of Chronicles and the introduction of Ezra are identical and reveal that the book of Ezra is the continuation of Chronicles.

The first chapters of Chronicles are genealogies. The temptation is to skip them altogether, but we can learn from them if we allow them to teach us, as God included them in His word for a reason. All scripture is profitable, Amen? ♥

For example, I ask myself, why are the weak and strong paragraph divisions grouped as they are? The strong themes I discovered, then, are:

Gen 36:1 and 36:8 tell us that Esau is Edom. So the family of Abraham is chronicled, and then the sons of Isaac, Abraham’s son, are set apart from each other. The family of Esau, who is Edom, is given, and the family of Israel is given.

I believe the two lines of sons are set apart, because Jacob and Esau, or Israel and Edom, as they became known as the nations they founded, represent the two lines in the earth who are at war: the line of the God-fearing seed and the line of the God-disdaining seed. This warfare is rooted in a spiritual warfare which often erupts in the natural, between spiritual seed, not biological seed. This is why God will have war with Amalek from generation to generation. Amalek is a descendant of Edom, who preys upon the God-fearing. The book of 1 Sam closed with David – the Messiah type’s – victorious war with Amalek – the enemy type. I have written on the difference between Israel and Edom before, and Brad Scott has two very valuable books on this topic also: The Principle of the Seed, and The Tares Among the Wheat.

The record of Judah then very quickly gives the genealogy of David. Why? David is a type of Messiah, who is the Promised Seed. God had said to Eve, “Your Seed shall bruise his head,” (Gen 3:15). Adam is the ancestor of David, and David is the ancestor of Messiah Yeshua through his mother. (This is why the promise of the Seed was given to Eve and not to Adam. Eve would be His mother, through Mary, but Adam was not His father, as YHVH was His Father.) So Chronicles begins by laying out, historically and officially, David’s family tree, to show us that His word which He spoke in Gen 3:15 was true and He was bringing it to pass. Aren’t you glad!