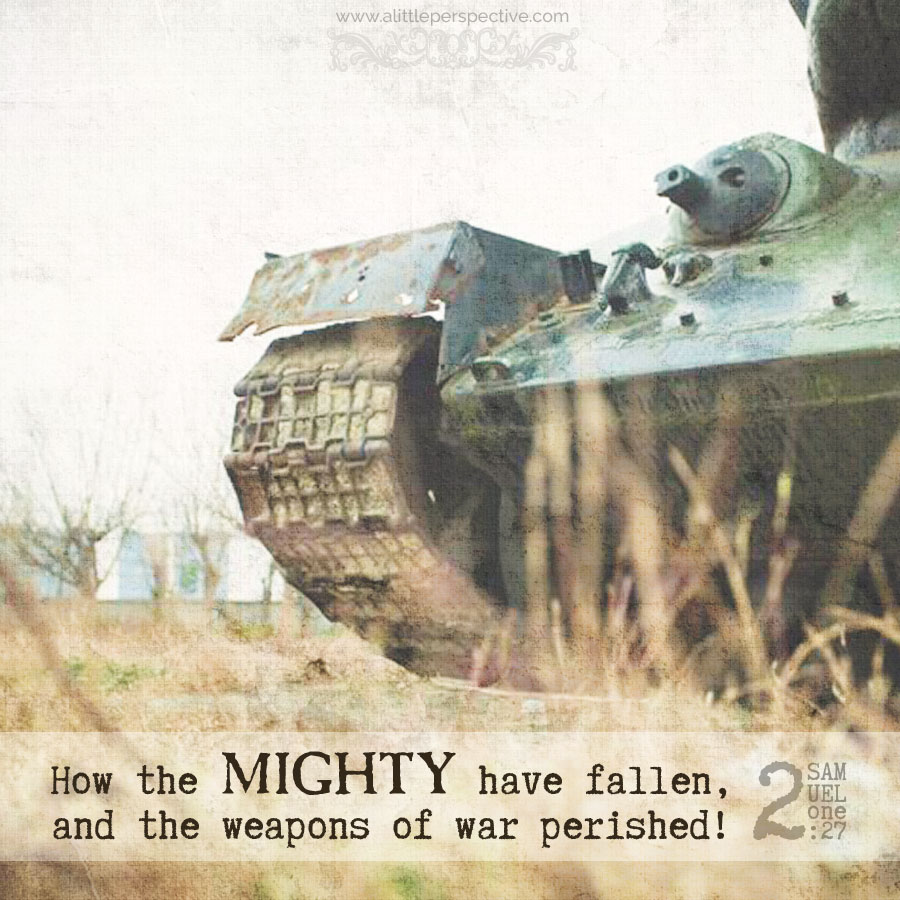 In the Hebrew Bible, Samuel is a single book. The strong themes then, so far:

This account of Saul’s death differs from the account at the end of 1 Samuel, but the chiastic structure sheds some light on it:

1b) 2 Sam 1:1b, When David returned from the slaughter of the Amalekites;

I don’t believe the Amalekite told David the truth about his involvement in the death of Saul. I believe he came upon Saul, slain, fallen on his own sword, and took the crown and bracelet, and brought them to David. But I don’t believe he killed him. So why would he tell David a lie that would cost him his life?

It was general knowledge throughout Israel that the strife between Saul and David was over the succession of the kingdom. But the Amalekite didn’t realize the lie would cost him his life. The kings of the nations round about, would handsomely reward someone who had destroyed their enemy and brought the proof of it. I think the Amalekite was expecting a handsome reward from David, for the crown and bracelet he had stumbled upon, and perhaps an even handsomer reward if he embellished the tale and made himself the slayer of David’s enemy. He could not conceive of anything but a handsome reward, for the reverence and honor of David for his king, whom he had not made his enemy, but who had made himself his enemy, was as high above his own thoughts as the LORD’s are above ours.