You are here: Home / Bible Study / applied word / the battleground of the mind 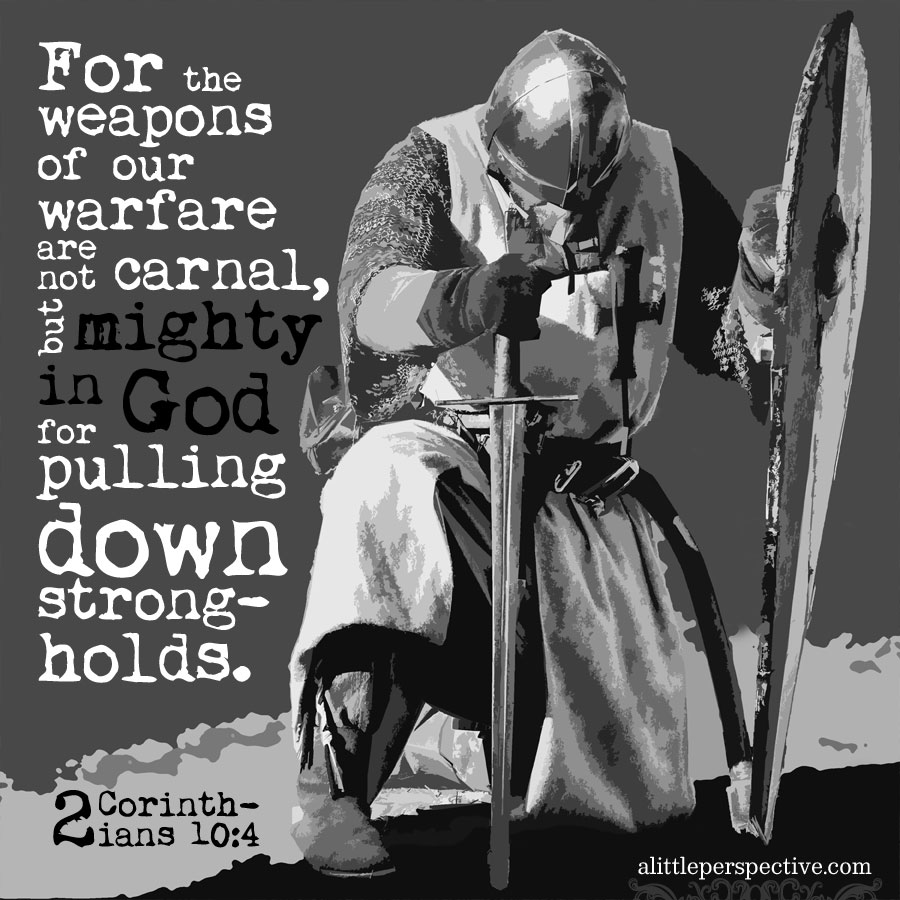 why don’t I feel God?
feelings, the unreliable barometer
the spirit, soul, and body connection
the mind and heart connection

“For though we walk in the flesh, we do not war according to the flesh. For the weapons of our warfare are not carnal but mighty in God for pulling down strongholds, casting down arguments and every high thing that exalts itself against the knowledge of God, bringing every thought into captivity to the obedience of Christ.” 2 Cor 10:3-5

The battleground for our souls is in our minds, in our thoughts. It is strongholds, arguments, and thoughts that exalt themselves against the knowledge of God. We know what an argument is; it is all the reasoning used to justify a statement such as, “There is no God.” A typical argument might look like this:

God claims to have created all life.
But scientists have proved that all life has evolved.
Therefore, there is no God.

And a thought is a statement such as, “There is no God.”  Thoughts, or statements, are the basic building blocks of arguments. A thought is a statement about what is believed about the world. A person either believes that there is a God, or he believes that there is no God. A thought or a statement can either be true or false, but it cannot be both, neither, or something in-between. (The argument, above, is invalid, because one of its foundational statements, or premises, is false. Scientists have not proved that all life has evolved from lower life.) A true thought agrees with the Truth, Jesus Christ, dwelling within us. The Bible is the only book in the world which is a record of completely true statements; it is the record of the thoughts and doings of God, who is Truth. A false thought, a lie, is a product of Satan. Jesus called him a liar and the father of lies.

A stronghold can be built out of either a true or a false belief. As Christians, most of us have a deeply-held belief that we will go to heaven and live with Jesus when our bodies die. That belief is a stronghold. If the devil came to torment us with fear, he would not say, “You won’t go to heaven when you die. When you die, you may go to hell. You can have no idea where you will go.” Why not? Because those fiery darts of his just bounce right off the thick stone walls of that stronghold of truth that exists in our hearts. It would make us laugh to consider such a possibility for even a moment.

Instead, if he wants to torment us with fear, he might say, “What if your parents (husband, wife, children, pastor, friends) find out about what you did? Don’t you think they’ll be disappointed in you? They’ll be ashamed of you.” He attacks us with lies in an area where we do not have a stronghold of truth already established. Or, it may be in an area where a stronghold of lies is already established. The enemy’s fiery darts slip right into a stronghold of lies, building it even greater.

« The poetry of encouragement
Friday night at the movies »