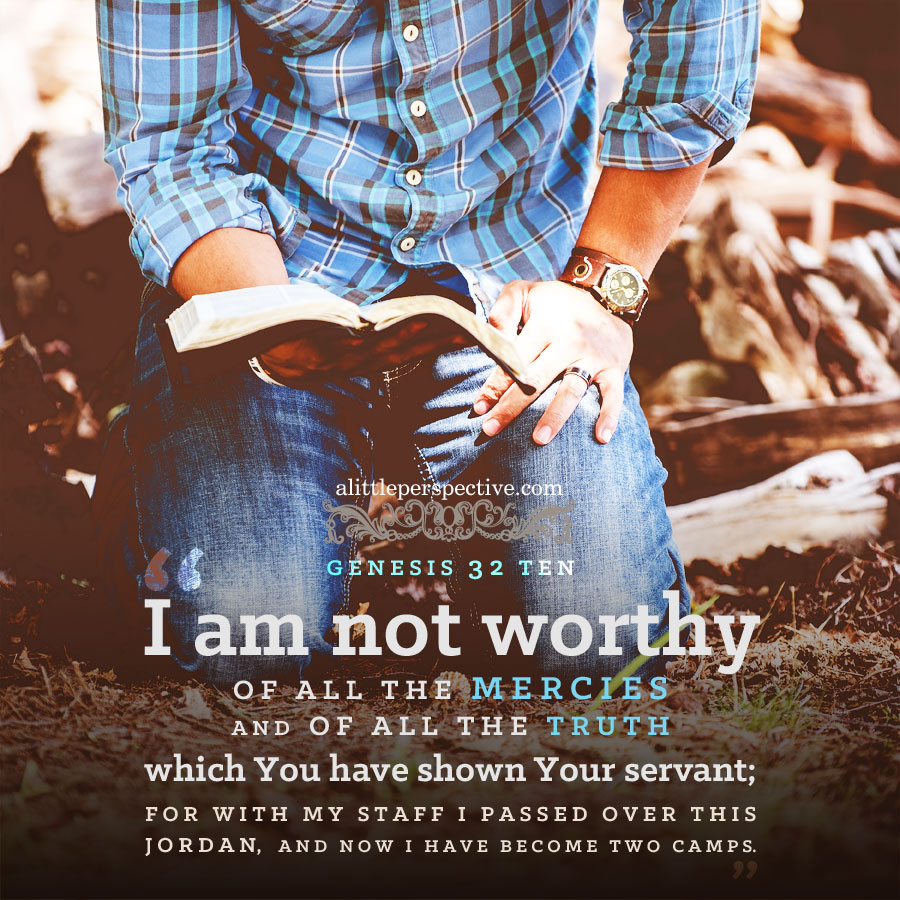 1a) Psa 64:10 The righteous shall be glad in the LORD, and trust in Him, and all the upright in heart shall glory;

1a) Isa 44:22 I have blotted out, like a thick cloud, your transgressions; and like a cloud, your sins. Return to Me, for I have redeemed you;
1b) Gen 32:1 So Jacob went his way, and the angels of God met him;
1c) Act 16:3 Believe on the Lord Jesus Christ, and you will be saved, you and your household;
central axis) Gen 26:4 In your seed all the nations of the earth shall be blessed;
2c) Gen 26:5 Because Abraham obeyed My voice, and kept My charge, My commandments, My statutes, and My laws;
2b) Num 21:17 Then Israel sang this song: “Spring up, O well!” All of you, sing to it;
2a) Gen 32:10a I am not worthy of all the mercies + all the truth which You have shown Your servant;

1c) Gen 32:10b For with my staff I passed over this Jordan, and now I have become two camps;

central axis) Gen 32:28 He said: Your name shall no longer be called Jacob, but Israel; for you have struggled with God and with men, and have prevailed;

2d) Est 5:2 So it was, when the king saw Queen Esther standing in the court, that she found favor in his sight,  and the king held out to Esther the golden scepter that was in his hand. Then Esther went near and touched the top of the scepter;

A pair: Joy and thanksgiving;

B pair: Salvation means belief and obedience, faith and works; for such salvation results in a new creation and new life, the old things of unbelief, idolatry, worldliness, rebellion, sin, and flesh have passed away;

C pair: God shepherded Jacob so that he lacked for nothing;

D pair: Yeshua does not know those who are not His, and the five foolish virgins who wished to enter the wedding feast could not enter; not finding favor in His sight. The king did know his wife, Queen Esther; she found favor in his sight, and the place she wished to enter, the inner court of his presence, she was able to enter.

Shabbat prophetic message: The world has given us a name and attached to that name, an identity and destiny; but that name is not the name God has given us. God has given us a name, identity, and destiny which is the true description of who we are and where we are going. But let’s take heed, for not all who believe they have a place at Messiah’s table have such a place; His favor is extended to those He knows. Those He knows, He shepherds and they will not lack. They are the saved in Yeshua, to whom He has poured out forgiveness, redemption, mercy, and truth; they become a new creation in Him, who both believe in Him, and obey His voice, His charge, His commandments, His statutes, and His Law. They bear the fruit of righteousness, trust, joy, and thanksgiving!