You are here: Home / Bible Study / sabbath / sabbath, more than one witness 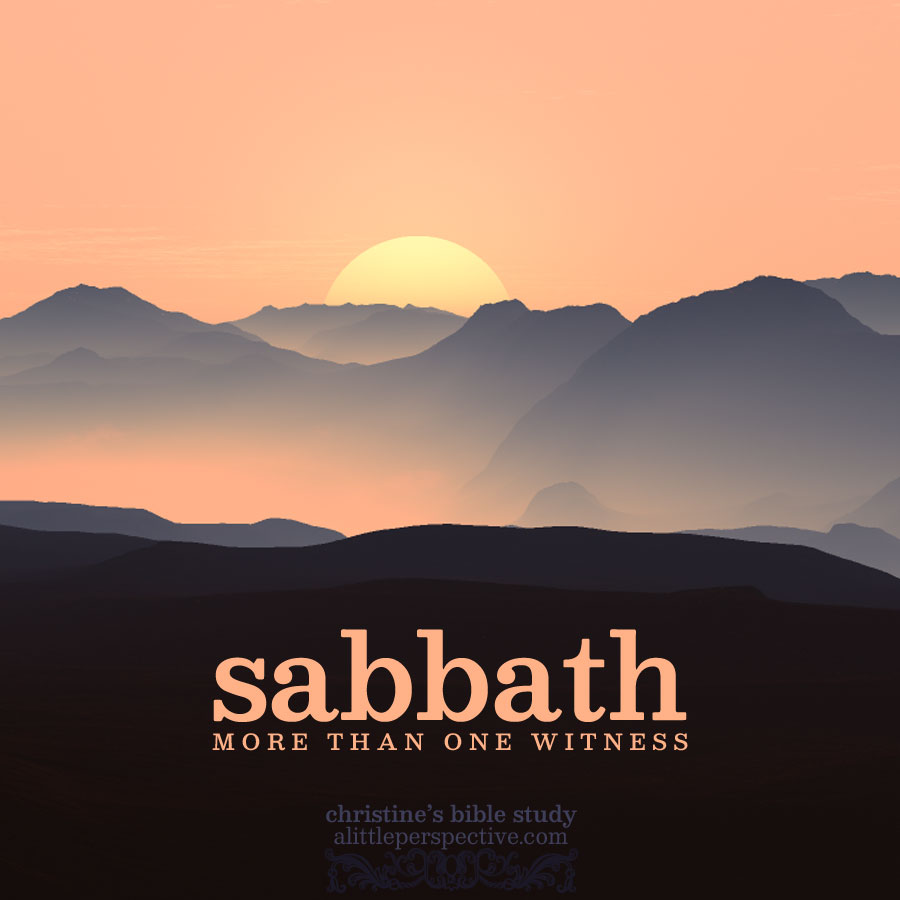 John is the only gospel writer which specifically states that Mary went to the tomb while it was still dark; however, the modern English translations exaggerate the differences between John and the other gospel writers. I have quoted the passages in question below from the King James, which is the most accurate English translation from the original languages in my opinion (yes, even more so than the New King James, which I usually use):

In the end of the sabbath [sabbaton], as it began to dawn toward the first day of the week [eis mian sabbaton], came Mary Magdalene and the other Mary to see the sepulchre. Mat 28:1

And very early in the morning the first day of the week [mias sabbaton], they came unto the sepulchre at the rising of the sun. Mar 16:2

Now upon the first day of the week [mia ton sabbaton], very early in the morning, they came unto the sepulchre, bringing the spices which they had prepared, and certain others with them. Luk 24:1

Anyone who is hung up on the discrepancies the modern translations exaggerate among the gospel writers would benefit from Apologetics’ Press article on the subject.

The only other Scripture in which mia ton sabbaton is translated “the first day of the week,” is 1 Cor 16:2, which we will look at next time.

However there is even more evidence of the believers’ practice of meeting at the close of the Sabbath, in the havdallah service, which took place during the dark of the night Saturday night (as we are proposing from Acts 20:7 and John 20:1).

And we go from Philipaus
a city of Maqeduniya
after the days of matsah
— and journey by sea
and come to Trauaus in five days
and being there seven days:
and on the day of First Shabbath
when we congregate to crumble the eucharist
Paulaus is wording with them
— because on another day he is preparing to go
and he is prolonging his words until half night.  Acts 20:6-7

The Aramaic New Covenant, A Literal Translation and Transliteration

This translation is from the New Testament scrolls written in Aramaic, the Syrian language of the first century, and not from the Greek text. Because of the many Hebrew idioms found in the Greek New Testament, there is a camp of biblical scholars who believe that the New Testament was originally written in Aramaic (the authors were all Hebrews) and translated into Greek. This translation not only preserves the seventh day meaning of Sabbath, but also that the first of the special numbered Sabbaths which fall between the Feast of Unleavened Bread, and the Feast of Weeks (Pentecost), is meant.

The only other document I could find, which is used to suggest habitual meetings on Sunday from the first century, is a quotation from the letters of Pliny, a Roman governor of Pontus (Bithynia) from 111-113 AD, and not a Jew or Christian:

“[The Christians] affirmed, however, the whole of their guilt or their error, was, that they were in the habit of meeting on a certain fixed day before it was light, when they sang in alternate verses a hymn to Christ, as to a god, and bound themselves by a solemn oath, not to any wicked deeds, but never to commit fraud, theft or adultery, never to falsify their word, nor deny a trust when they should be called upon to deliver it up; after which it was their custom to separate, and then reassemble to partake of food – but food of an ordinary and innocent kind….”

This is all very interesting, but nothing is mentioned of which day is the fixed day of their assembly. I assume that is the same day to which Scripture attests over and over … the Sabbath!