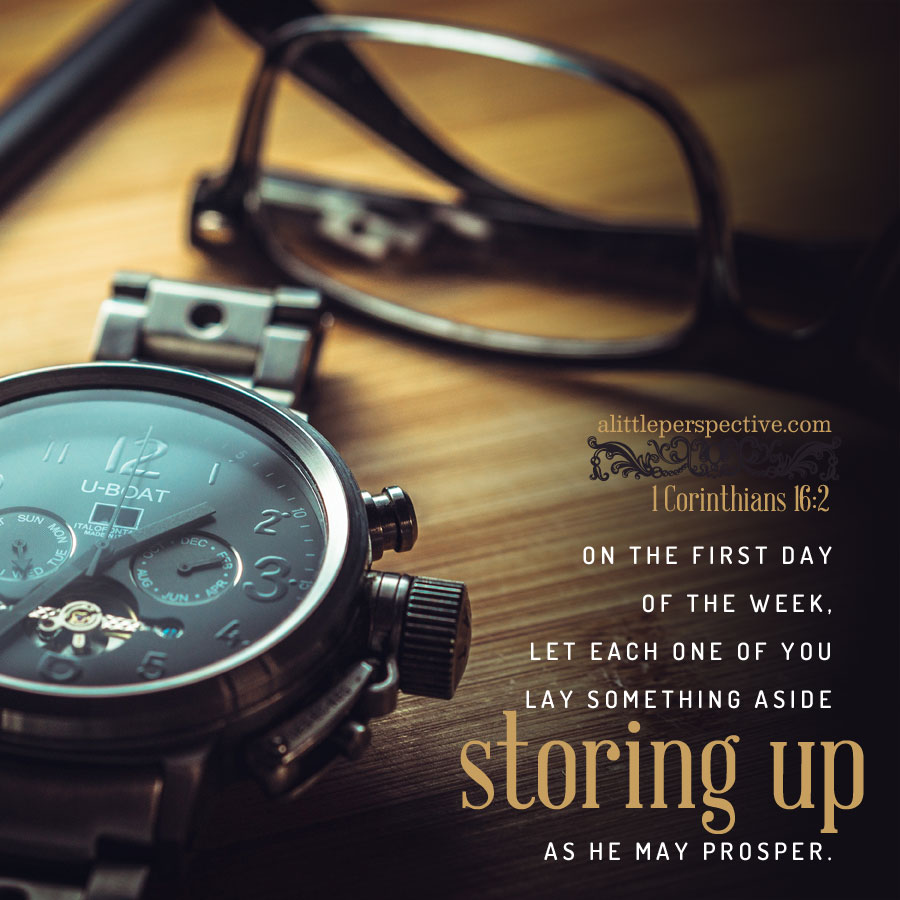 Previously: sabbath, more than one witness

We were looking at the proof texts used by the Roman church as Scriptural authority for changing the set apart day of worship from the seventh day Sabbath, to Sunday. The Roman church cites three proof texts: Act 20:7, which we have examined, 1 Cor 16:2, and Rev 1:10.

Now concerning the collection for the saints, as I have given orders to the churches of Galatia, so you must do also: On the first day of the week [mian sabbaton] let each one of you lay something aside, storing up as he may prosper, that there be no collections when I come. And when I come, whomever you approve by your letters I will send to bear your gift to Jerusalem. But if it is fitting that I go also, they will go with me. 1 Cor 16:1-4

Paul was collecting a one- time gift to be taken to Jerusalem, to give to the saints, as there was a famine there. His instruction was for each one to set aside something in savings, as each one prospered, one day from the Sabbath [mian sabbaton].

Now we have already established that the believers assembled on the Sabbath. They met in the synagogue in the morning to hear the Torah being read (Act 15:21), and they met in homes in the evening, in the havdallah service, for fellowship, a shared meal, worship, and preaching and teaching, to bid the Sabbath farewell. This assembly began before sundown but went late into the night (Act 20:7). So it began on the Sabbath, and ended on the first day of the week [mian sabbaton], as the day change for an observant person took place at sunset.

As Torah observant folks worked Sunday through Friday, and never transacted business on the Sabbath, Paul is merely saying, when the Sabbath is over [mian sabbaton], and before the next work week began on Sunday morning, figure out how you prospered the previous week, and lay aside an appropriate offering.

There is no apostolic mandate here to undo the entire Word of God and to establish a new set apart day. Nothing is said of the day the believers assembled, just when each individual was to lay aside their offering. My husband and I do this figuring in the privacy of our own home, and I do not think we are much different from the first generation of believers in that regard.

For further reading:
1 corinthians 16, the collection for the saints (2011, this topic in greater detail)

« sabbath, more than one witness
genesis 1:1-2:3, parashah bereisheet (in the beginning) »