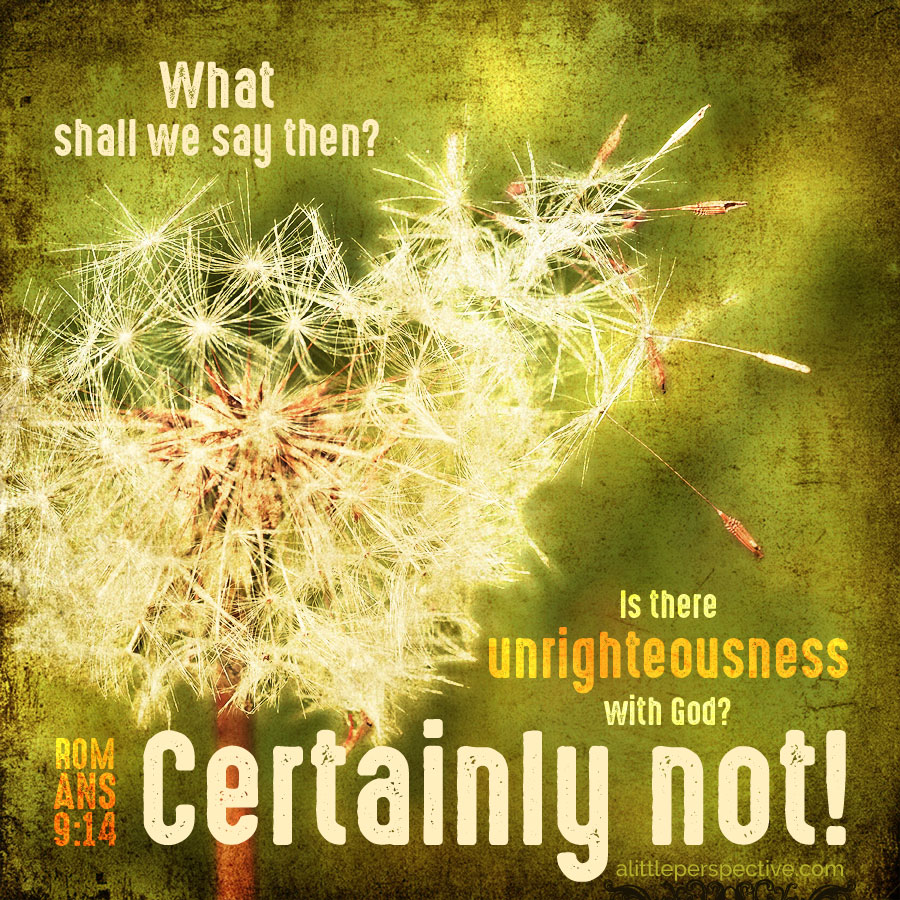 Rom 9:1-10:1, God is righteous to show both wrath and mercy to whom He wills, both Jew and Greek;

1a) Rom 9:1-5, Paul’s grief over the resistance of his fellow Israelites;

1a) Rom 9:14-16, God is not unrighteous/ He has mercy + compassion on whomever He wills;
central axis) Rom 9:17, The Scripture says to the Pharaoh, “For this very purpose I have raised you up, that I may show My power in you, and that My name may be declared in all the earth;”
2a) Rom 9:18, Therefore He has mercy on whom He wills, and whom He wills He hardens;

central axis) Rom 9:20a, But indeed, O man, who are you to reply against God?

1a) Rom 9:21, The potter chooses to make vessels for both honor and dishonor;
central axis) Rom 9:22a, What if God, wanting to show His wrath and to make His power known;
2a) Rom 9:22c-24, Endured vessels of wrath that His glory might be shown in vessels of mercy, both Jews + Greeks;

2b) Rom 9:25-33, The Gentiles became the people of God by the righteousness of faith;

2a) Rom 10:1, Paul’s heart’s desire for the salvation of his fellow Israelites.

We cannot understand this chapter without first understanding the principle of the seed:

romans 9, the principle of the seed

The Principle of the Seed by Brad Scott