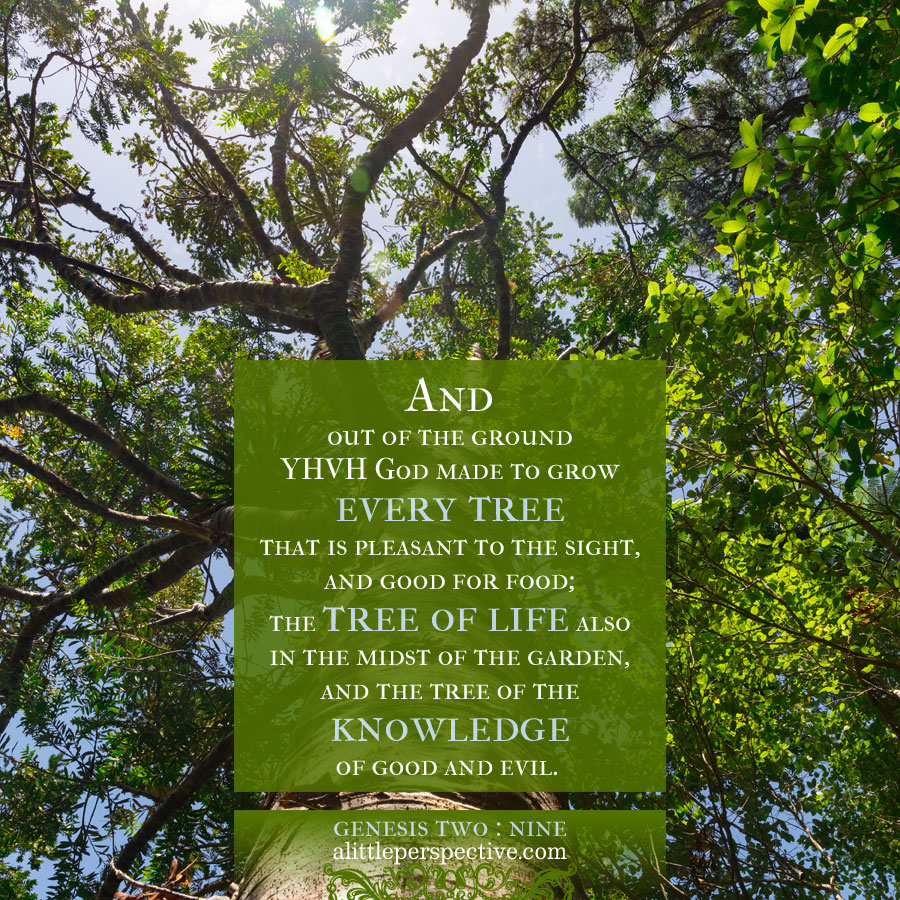 And out of the ground YHVH God made to grow every tree that is pleasant to the sight, and good for food; the tree of life also in the midst of the garden, and the tree of knowledge of good and evil. Gen 2:9

Strong’s 7451, rah, an abstract concept, adjectival form, meaning “wicked,” from Strong’s H7489  רעע  raah, a primitive root meaning “to be wicked.” The Hebrew root is resh + ayin + ayin. The Ancient Hebrew Lexicon states that originally the ayin in this root was a ghah, a letter which exists in paleo Hebrew and other Semitic languages, but which has been absorbed by the ayin in modern Hebrew.

The story: A man (resh) who is dark and twisted (ghah) does dark and twisted things (ghah); to be wicked, to do wickedly. The idea is that actions are fruit which comes from seeds, and wicked deeds come from a hidden seed of like kind.

« January 07 Bible Reading
The President did not concede, and other thoughts »