You are here: Home / Perspective / america and nation / The President did not concede, and other thoughts

Let me just start by saying THE FAKE NEWS IS LYING TO YOU. Please do not listen or give credence to lies.

We all saw what happened on Wednesday, January 6 at the Capitol in DC.  It is coming out that Antifa was behind the breach of the Capitol, dressed as Trump supporters. It was said in the comms of their directors in Portland that they would be sending Antifa operatives to blend in as Trump supporters to cause chaos (I saw this a week ago but did not save a screenshot, sorry). 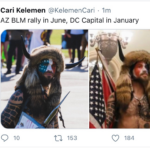 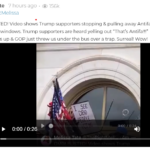 This does not mean that true Trump supporters did not follow their lead, but that it was Antifa who started it.

Now did you notice how many times during the President’s speech Wednesday morning, he said he hoped Mike Pence would do the right thing. Lin Wood has been saying for a few weeks that Pence is a traitor. I didn’t know what to think about that. A lot of people wrote Lin off then. Since a gigantic list of politicians, CEOs, etc came out a few weeks prior of Americans who are getting kick backs and paddy whacks from the Chinese government, I wondered if that was why Lin had started saying it. But I put the Mike Pence is a traitor thing on the back burner. But yesterday before the certification, a lot of Q people were saying, no matter what happens with Pence, it is part of the plan. The plan that Patriots Are In Control (PANIC in DC). 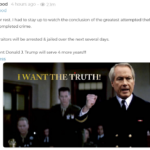 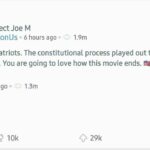 Then it came out overnight that a certain plane had departed Andrews Air Force base for Abilene, TX. The inference was the the President and the Sec Def were on it. I noted the post but was not sure if it was true. Then “E” posted this morning, a simple screenshot of the flight log for the same plane, no commentary. I consider that a confirmation. 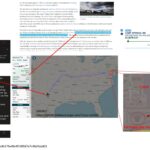 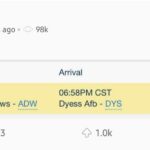 Is the military getting ready to be invoked? Q has always said, the military would be the only way. The States, Courts, and Congress have proven themselves too corrupt to right the wrongs. Incidentally, the fact that we are under a state of national emergency due to COVID allows the President certain powers. One of them is the Insurrection Act. All summer while Antifa and BLM rioted and burned, people have been calling for the President to use it, and then again as election fraud was alleged and proven by mountains of evidence, evidence which corrupt courts refused to even see or hear. 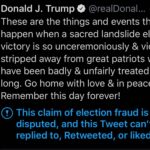 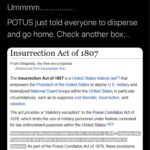 A few months ago Q posted this cryptic “RED” countdown. It seems as if the events of the past few days have been ticking off the list. Twitter locked the President’s account, and threatened him with removal. Instagram and Facebook followed suit. 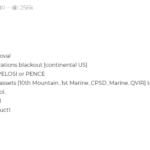 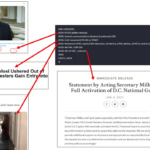 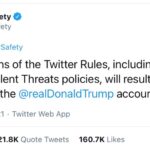 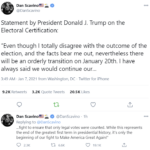 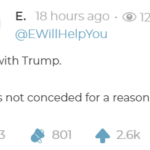 What Q said at the very beginning, that we could expect. Why did he say it three years ago? There were massive RESIST protests planned with Soros funding all across the country three years ago. The publication of Q34 tamped them down and they fizzled out. Please remember that Elections are now a Critical National Security Infrastructure falling under the purview of the military if there is any irregularity. Because of it, now, I think, we may see this happen to round up those who committed fraud, a felony and a violation of the Constitution, and who sanctioned fraud, yesterday. 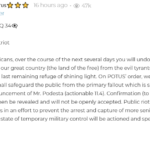 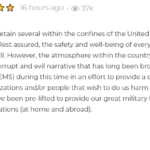 All this is to say, DON’T LOSE HEART, and DON’T LISTEN TO FAKE NEWS, and let’s see what will happen. Ultimately, it is God who raises up kings, and brings them down. I believe He has raised up President Trump for this season, as part of His plan to deal death blows to the 10th Empire Shadow Government. This election theft is a bold 10th Empire Shadow Government last ditch hail mary, and I do not believe it will succeed. I have Scriptural reasons for believing that. You can find out more in The Revelation of Jesus Christ Revealed. I don’t often post political posts here on ALP. If that is your thing and you would like to follow me, I post on Parler.com @Alittleperspective.