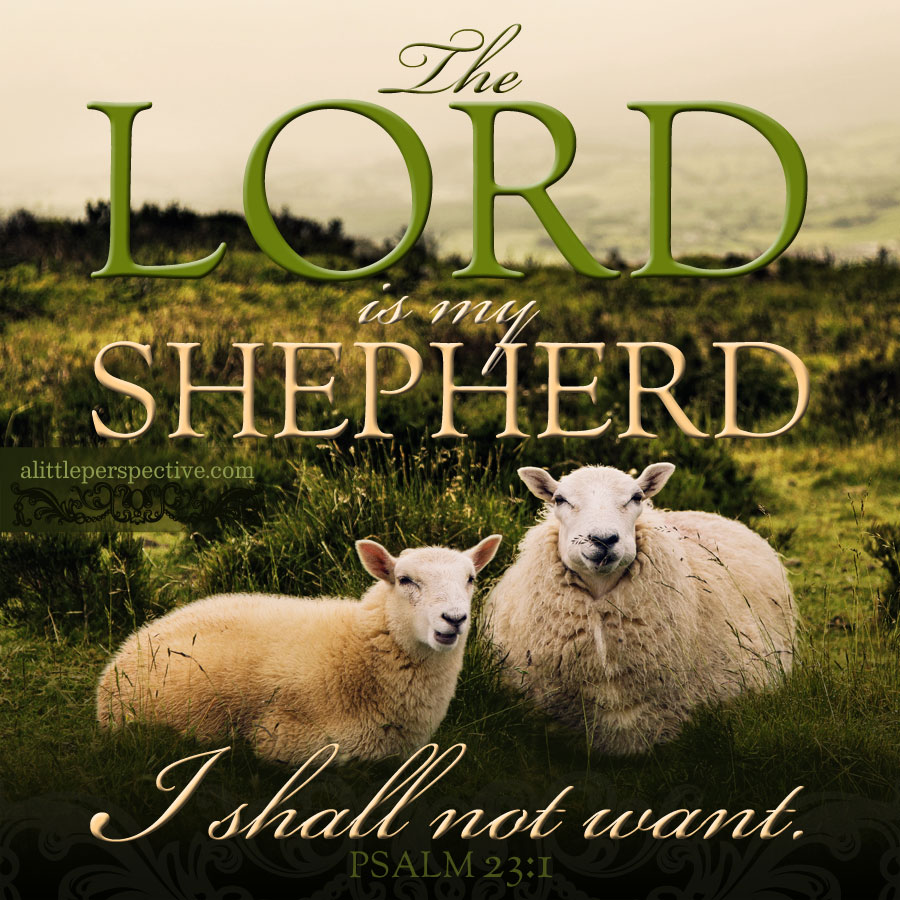 The story: The man (resh) watching over (ayin) with sighing in his chest/ heart (hey), i.e. invested by love and duty to succeed in his commission, for tending God’s creation was his original commission from his Creator (Gen 1:26).

Notice the verb “to shepherd” is translated as the noun, “Shepherd.” That is to say, YHVH shepherds me: He watches over me invested by love and duty.

The story: to again (shin) secure oneself (vav) to the house (bet). The house we have left, to which He restores us, is His house, because history began with Father God, a beautiful garden, and the two children He had made to dwell with Him forever, to be a part of His household. “He restores my soul” is like saying, “He restores my soul to Himself, to His household, to the household of faith.” Shuv is the root of teshuvah, “repentance.” The term most often used to describe this restoration in the New Testament, is salvation or justification.

The story: The watchful eye observes (ayin) while walking (gimel) under the yoke (lamed). It is most likely a reference to the established circle or rutted track that an ox trained to turn the grindstone would follow. The same word is the root of the Hebrew for round, circuit, or circle. The paths of YHVH are therefore a Hebrew idiom that refers to the cyclical returning of His feasts, which travel the circle of the year, year after year, so that a rutted track is made by their keeping.

The story: The path (tsadey) that is straight (as when a hung door (dalet) is measured against the plumb line) in perpetuity (quph), as the setting sun is the biblical symbol of the seventh day Sabbath marking the close of the week, and thus the endless cycle of time and completion of time. The idea is of absolute truth or righteousness applying across all cultures and at all times, rather than what a culture considers an ethical custom, but which only applies to a narrow place or time.