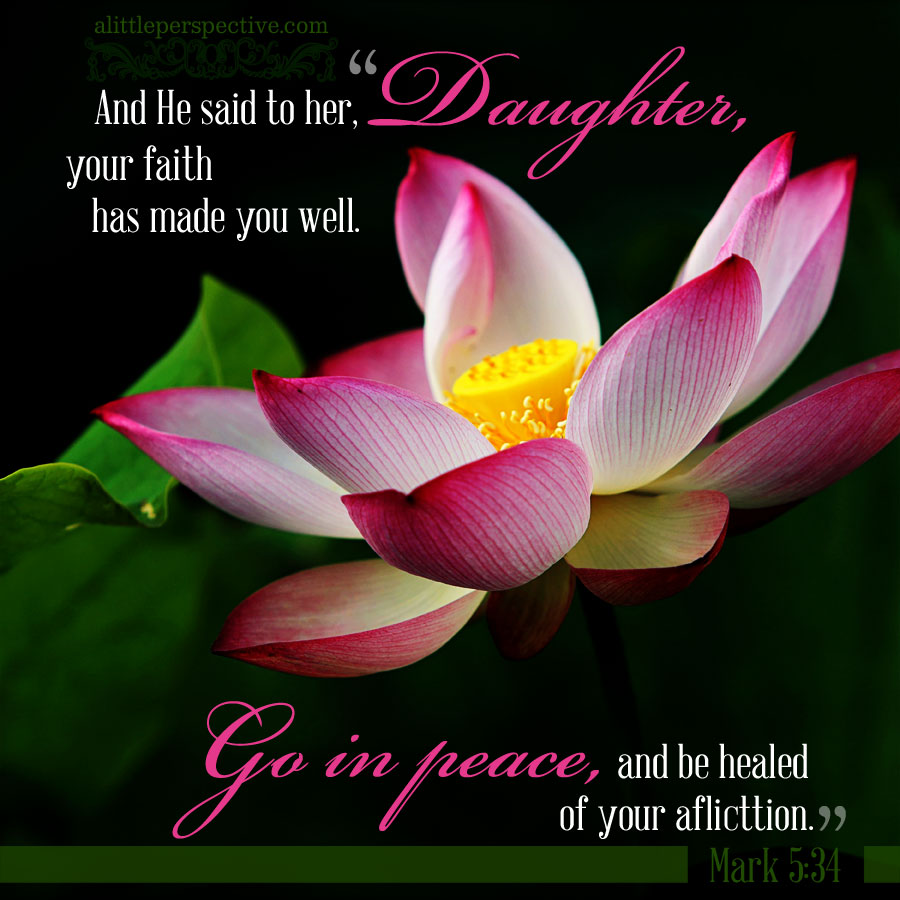 In the last chapter, the disciples asked themselves a question concerning Jesus:

And they feared exceedingly, and said to one another, “Who can this be, that even the wind and the sea obey Him!” Mar 4:41

And now the things that they were witnessing, were answering their question for them:

The answer is, “This is the Son of God,” which is the thematic focus of Mark’s gospel.

1a) Mar 5:22-23 , The ruler of the synagogue begged Jesus to come lay His hands on his daughter at death’s door;

1c) Mar 5:24b, A great multitude followed Him and thronged Him;

1f) Mar 5:29, She touched His clothes, and the fountain of her blood was dried up;

1g) Mar 5:30, He immediately knew that power had gone out of Him, and asked, Who touched My clothes?;

central axis) Mar 5:31, You see the multitude thronging You, and You say, “Who touched Me?”;

The central axis puzzled me at first. It seems an insignificant detail of the story, and that it would be THE central point of the whole structure? But then I realized, God has a throng following Him. But in the middle of that throng, His attention is on the individual, the single person, who reaches out to Him in faith, and touches Him.